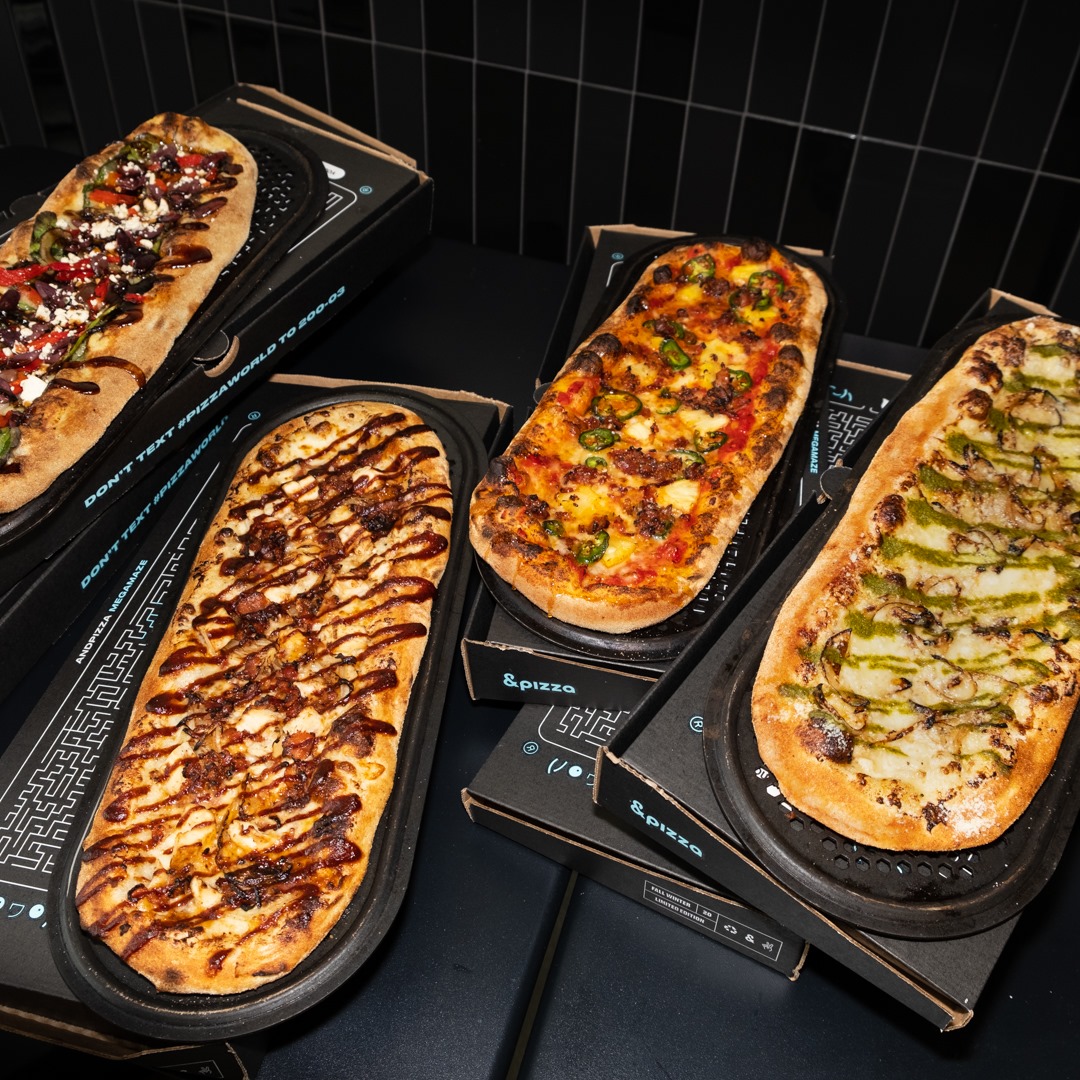 &pizza, the popular Washington DC-based pizza chain, is apparently continuing its takeover of Loudoun County. A report out today says the brand will open its second area location in Ashburn – at One Loudoun in Ashburn.

The Washington Business Journal first reported the news this afternoon. According to the WBJ, the new &pizza will be going into the space vacated by Spinfire Pizza when it closed in late 2020. It’s a prime location, next door to Nando’s Peri-Peri facing out on One Loudoun’s central plaza.

As regular readers of The Burn know, the first &pizza location in the county just opened in July in the Dulles 28 Centre at the intersection of Pacific Boulevard and Waxpool Road. (That’s not counting the location inside Dulles International, which is past security and not available to the general dining public.)

&pizza (pronounced “and pizza”) was started in DC in 2012 and now has roughly 40 locations open or in the works in six states plus DC.

At &pizza, there is an extensive menu of curated pizzas, and customers can also customize their own pizza with different sauces, cheeses and toppings. The pizza is then baked in a super quick oven. Interestingly, &pizza is known for their unusual oblong-shaped pies. You can see their full menu here.

No word yet on when the new &pizza at One Loudoun will open. It will be interesting to see what the store looks like. The brand is known for having different designs in nearly every location, often featuring bold graphics and bright neon-type colors.