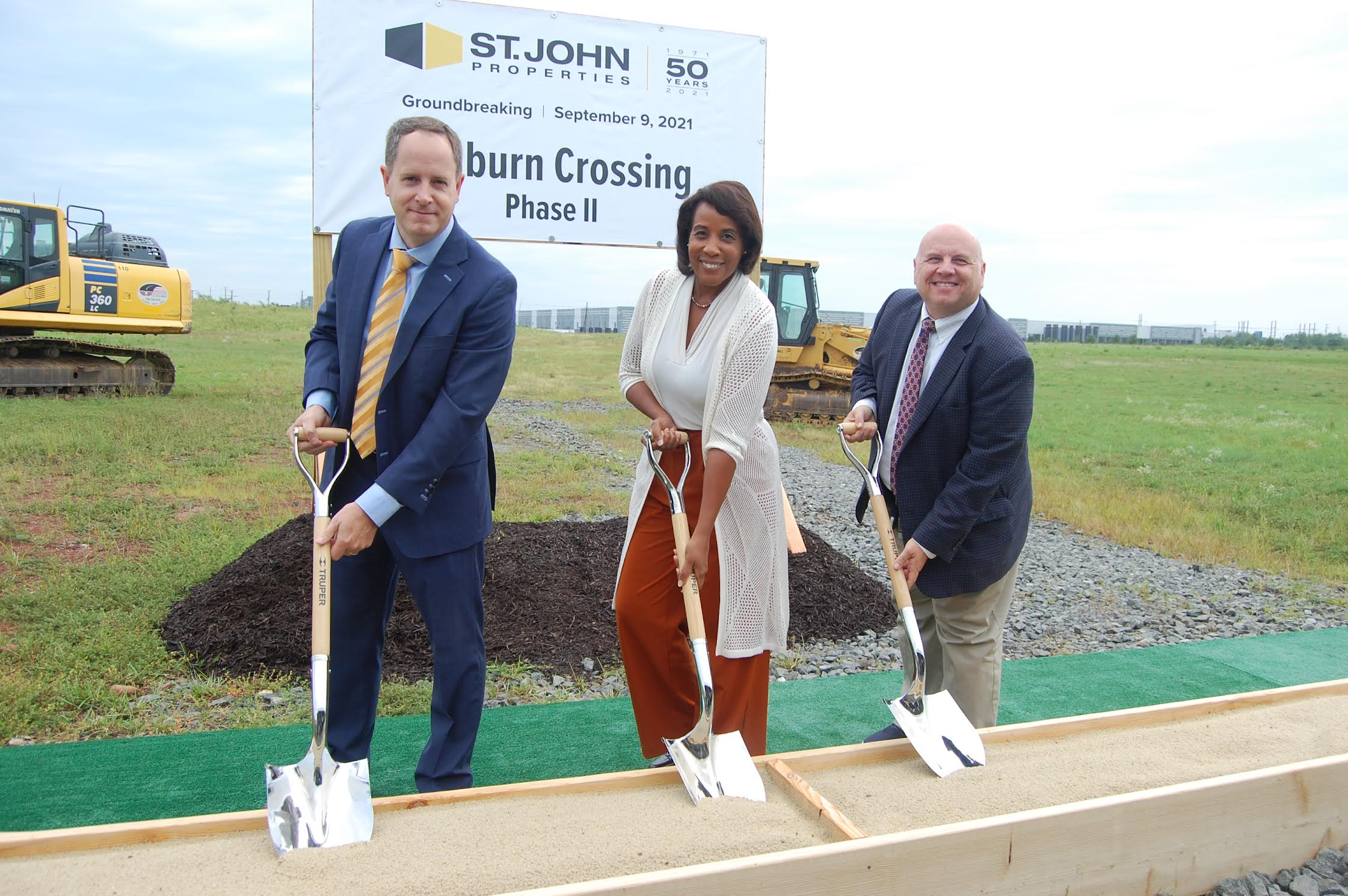 Work is underway on a new commercial business center at a major Loudoun County intersection. St.  John Properties broke ground today on a new business park coming to the northwest corner of Loudoun County Parkway and Gloucester Parkway in Ashburn.

There is also what’s called a “pad site” for retail development. No tenants for the retail pad have been signed yet, but a likely user — based on the busy intersection — would be a gas station and convenience store.

Some of the tenants in Phase 1 include breweries, a dance studio, martial arts studios and more. There are also a variety of professional services companies based there.

St. John’s has similar properties scattered across Loudoun County, including the Leesburg Tech Park on Sycolin Road, the Ashburn Technology Park off Red Rum Drive in Ashburn, and the Loudoun Tech Center on Ridgetop Circle in Sterling.

Sign goes up at new Peri-Peri Original in Ashburn