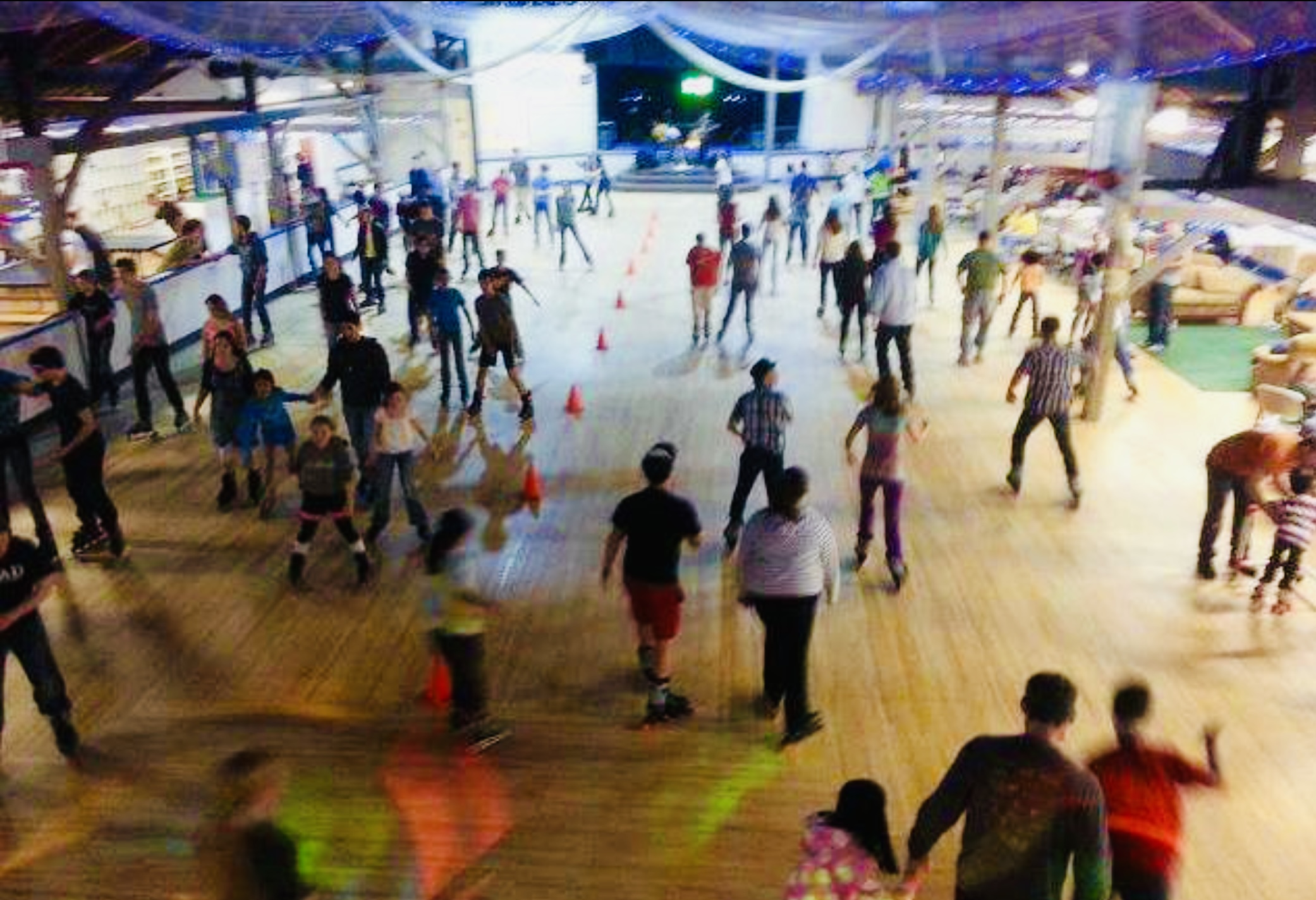 More than a century ago, this building could hold some 3,000 people, packed together in stadium-style seating, an exceptionally large structure for its time. The masses would arrive in Purcellville, many by train, from Washington and other areas and gather to hear speakers talk about the ills of alcohol in the run-up to Prohibition.

But walk into Bush Tabernacle today, and you’re likely to hear pop music by Katy Perry or Lil Nas X over the sound system while kids and their parents skate around the hardwood floor under colorful lights and the exposed gabled roof. A half-hour drive from Ashburn, this octagonal building is one of our area’s more curious landmarks, hearkening back to two different bygone eras while holding current appeal as the only roller rink in Loudoun County.

“I came to a kid’s birthday party here years ago, and I remember thinking that this place is really cool,” said Juliana Spaven, an Ashburn resident who enjoyed a recent “girls’ day out” at Bush Tabernacle with a neighbor friend and their two 8-year-old daughters. “When we got here and I started skating, my mood was just … .” Spaven searched for a word. “I have a perma-smile right now.”

Few people who visit Bush Tabernacle these days care much about its origins in piety and political activism. Built in 1903 as a sort of arena, it then housed “bush meetings,” or religious gatherings in the woods that had been taking place since the late 1800s. The tabernacle was never connected to a single church or denomination. Rallies around the growing temperance movement of the early 20th century were the main draw.

To learn how the historical Bush Tabernacle became a community center, a teen center and eventually a roller rink still open to the public today, click here and read the rest of the story over at the Ashburn Magazine website. Plus, find out what iconic singer once performed there before she became famous.

New peri-peri restaurant in the works for South Riding