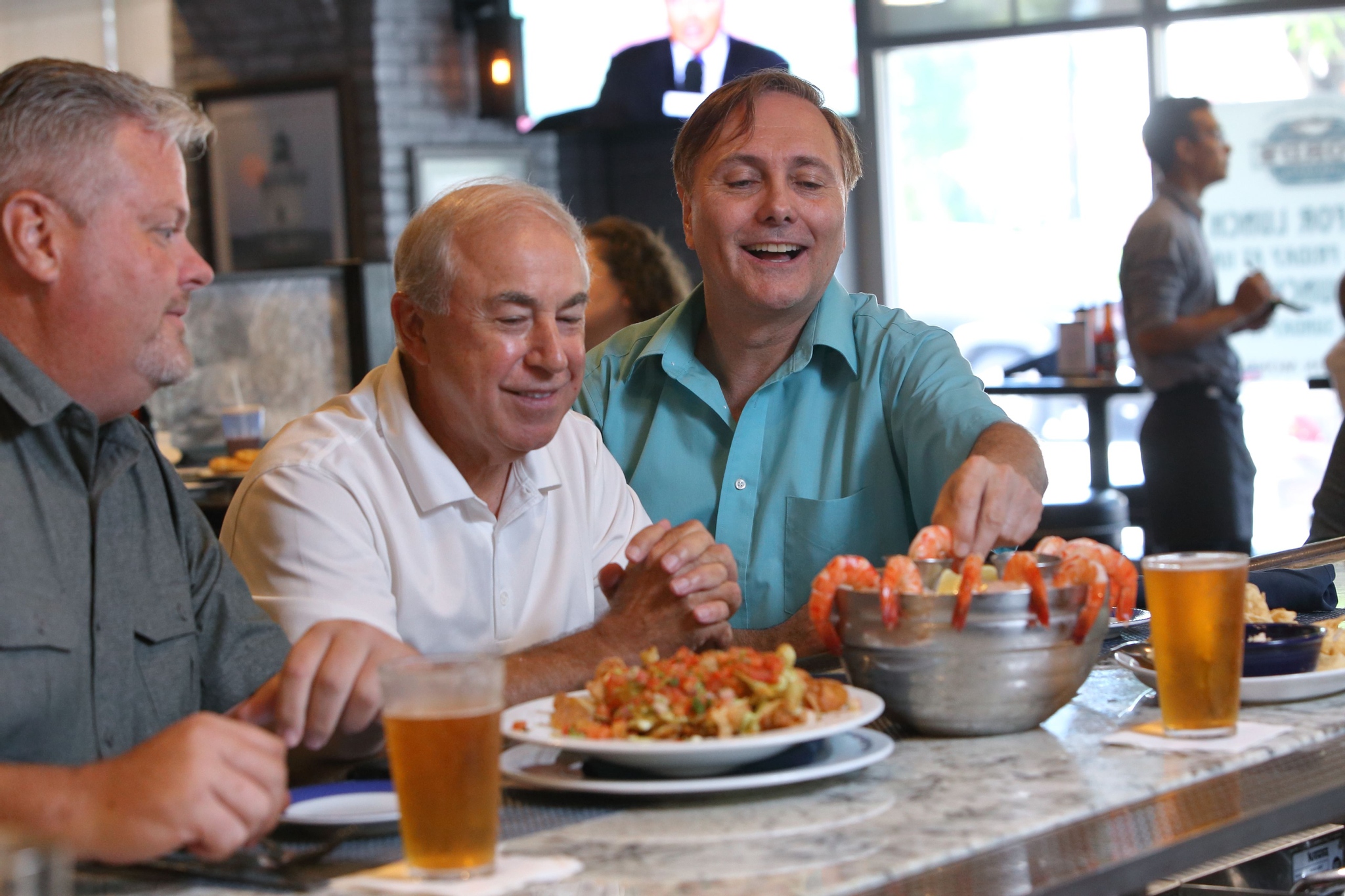 The original Ford’s Fish Shack location in Ashburn will not close as the company had previously announced. Today, founder and owner Tony Stafford told The Burn that they have reached an agreement with the landlord and signed an extension of the restaurant’s lease.

Ford’s in Ashburn originally opened in 2010. It’s located in the Cameron Chase Village Center at the corner of Farmwell Road and Smith Switch Road.

It was back in June when the shocking news broke that Stafford intended to close his Ashburn restaurant. The parties involved had not been able to reach new terms and indeed, Rappaport — the company that handles leasing at the center — had listed the 3,800 s.f. space as available.

The location is a profitable one for Stafford — something he wouldn’t naturally be inclined to give up. And for a landlord in a challenging pandemic environment, letting a successful and stable tenant get away was also unusual. In what may have been a high-stakes game of chicken, it’s not altogether surprising that acceptable terms were ultimately reached.

“I am excited to announce that we have signed an extension on our lease and will not be closing the original Ford’s Fish Shack location in Ashburn,” Stafford said. “We want to thank our loyal fans who have reached out in the past few months to ask how they can help. We will keep rebuilding all of our locations just like all restaurants that were taken to their knees during the past 18 months. Please have patience with all restaurants as we continue to rehire and train our new staff.”

While the Ford’s news is good news for the Cameron Chase center, they currently have two other spaces listed as available — the former Great Harvest Bread Company that closed in August as well as the Subway sandwich shop, which is still open and operating.

XCAL offers tour of its new mega facility in Ashburn