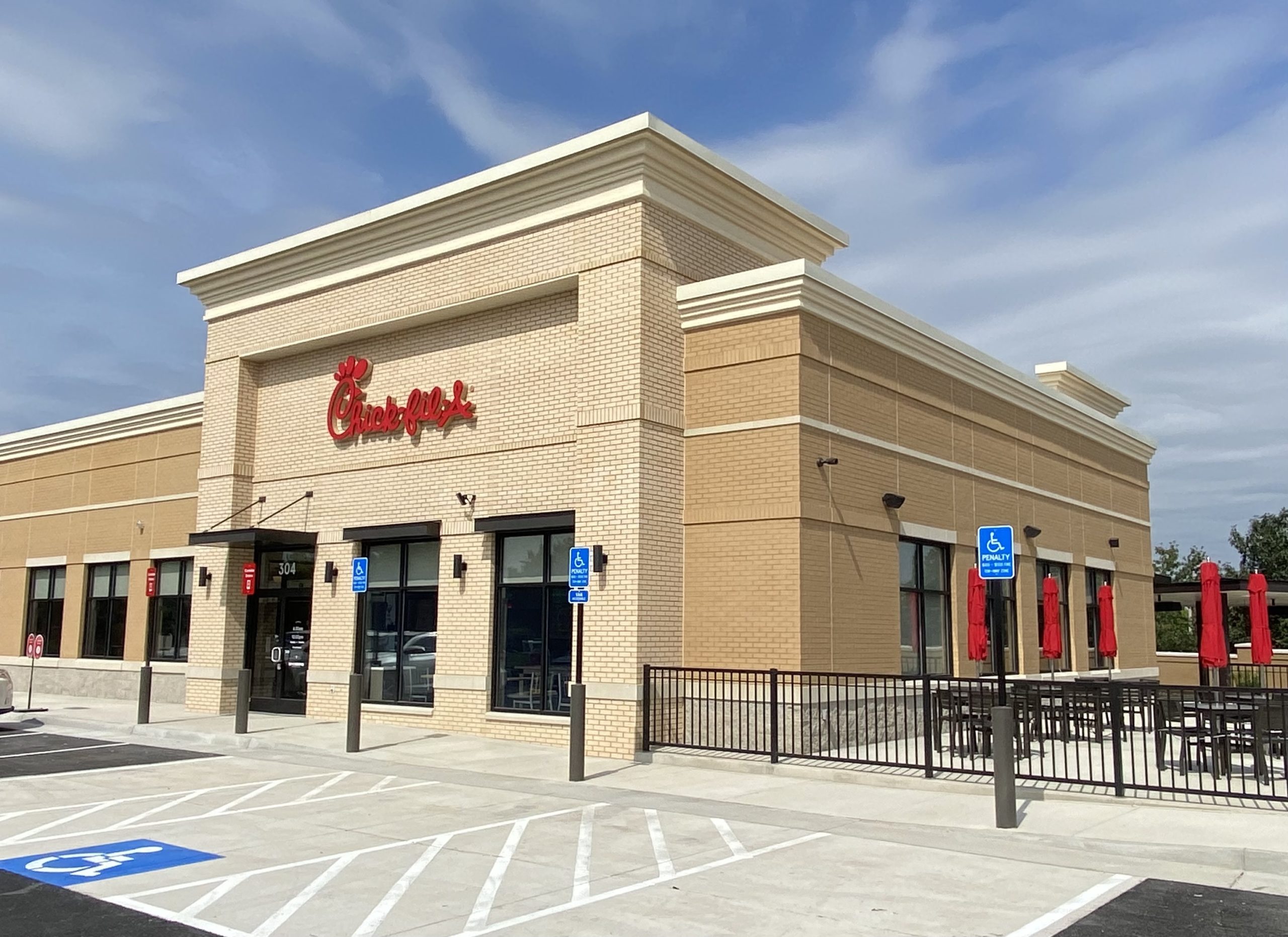 Leesburg’s new Chick-fil-A restaurant has announced it will officially open its doors later this week. The big day for the new location at the Oaklawn development will be this Friday, September 24.

The restaurant at Oaklawn sits at the prominent corner of Battlefield Parkway SE and Miller Drive SE. It features a double drive-thru lane — now standard at most new CFA locations.

As part of the opening celebrations, Chick-fil-A will be giving free food for a year to 100 local heroes. They are also donating $25,000 to a local food bank.

The Oaklawn development is home to a new Dunkin’ Donuts, which opened earlier this summer next door to the Chick-fil-A. It’s also the future home of Loudoun County’s first Sonic Drive-In restaurant, scheduled to open in 2022.

Meanwhile, just down the road at the Compass Creek development, work is underway on a new Chipotle, a new Popeyes, and new Starbucks. Bruster’s Real Ice Cream and Buffalo Wing Factory have also been named as future tenants.

All these current and future options mean this area of Leesburg around the airport is going to be a future dining destination.

Burning Question: What's the latest on the Raising Cane's coming to Sterling?