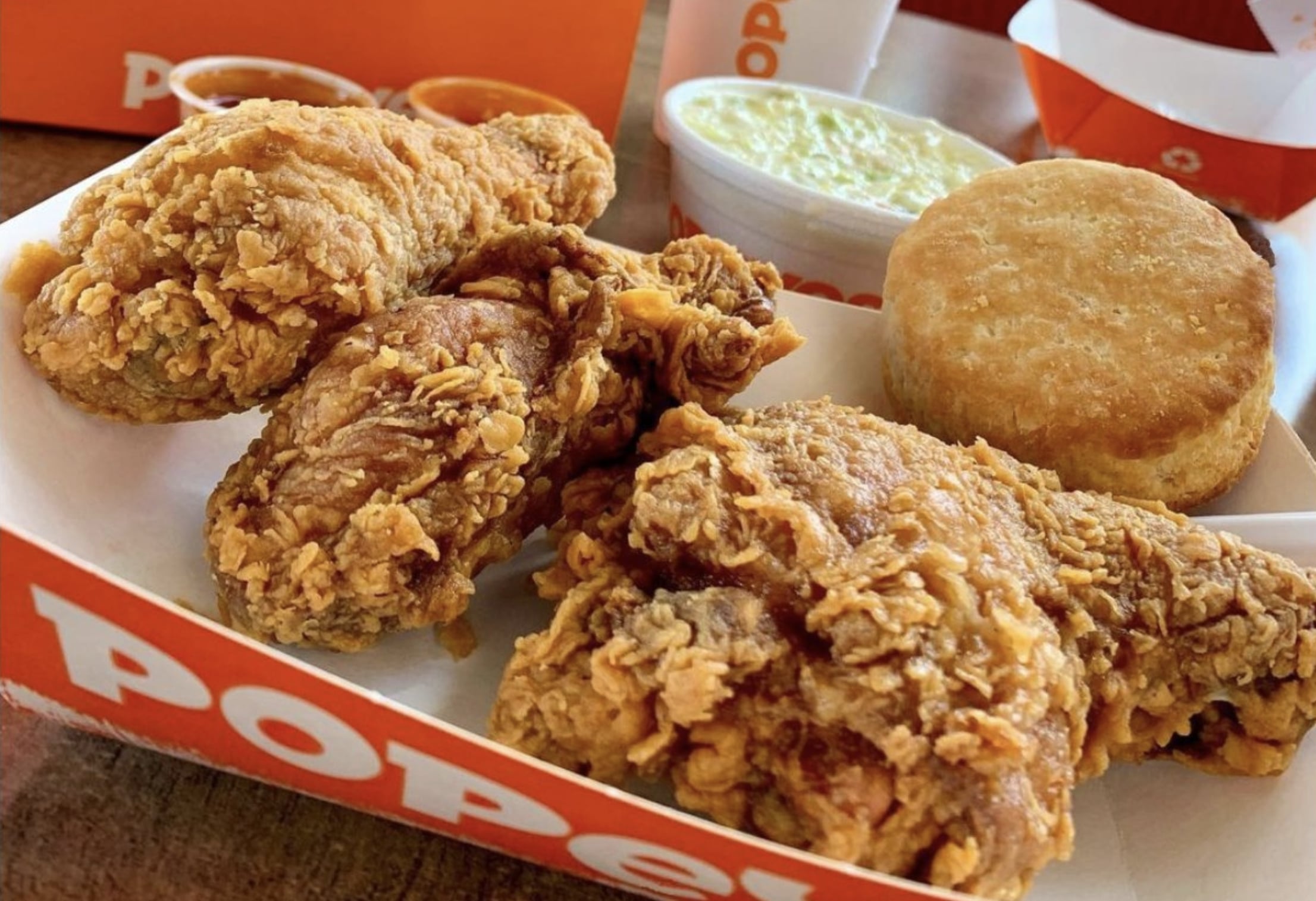 Popeyes Louisiana Kitchen, the national fried chicken fast-food chain, continues its expansion in Loudoun County. The Burn has learned that a new Popeyes will be coming to the Commonwealth Center in Ashburn.

The brand — famous for its bone-in fried chicken and its uber-popular chicken sandwiches — is taking the vacant parcel next to and behind the CVS pharmacy and the Silver Diner restaurant at the intersection of Loudoun County Parkway and Russell Branch Parkway.

At one time, Arby’s had been exploring this location, but that deal wasn’t finalized. Now, we know it will become the area’s latest Popeyes location. The brand is also building a new restaurant at the Compass Creek development by the Leesburg Airport and the new Walmart store. A Popeyes is also reportedly in the works for along Route 50 in southern Loudoun County.

The Commonwealth Center is a retail, entertainment and residential development going up on the east side of Loudoun County Parkway, opposite One Loudoun. Current tenants include the CVS and Silver Diner, as well as Topgolf, iFly and CubeSmart Self Storage. XCAL, the mega fitness and shooting sports club that we’ve reported on, is under construction.

No official timeline has been released yet for the construction or opening of the new Popeyes.

Bandit Taco ready for business in Leesburg next week