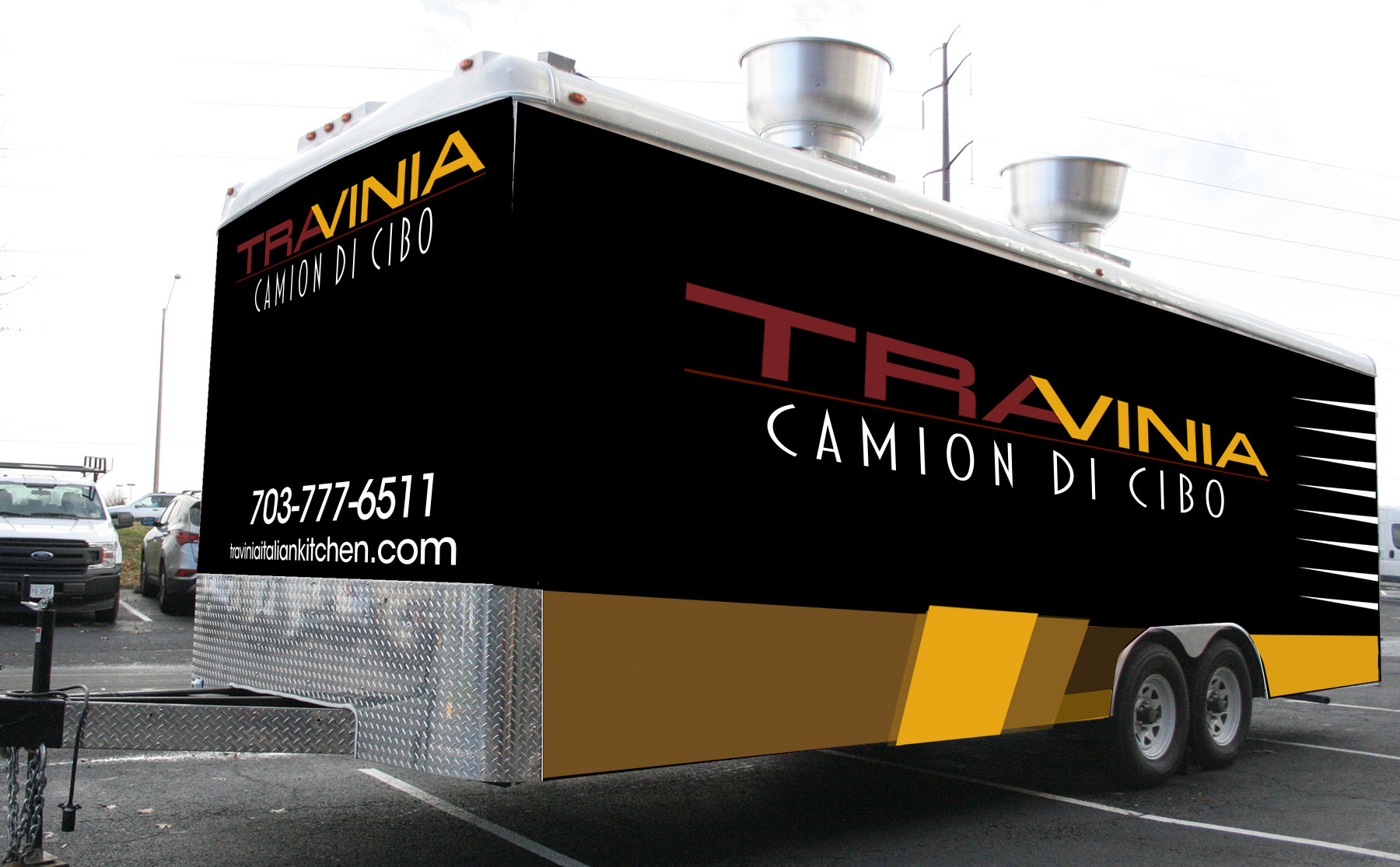 Travinia Italian Kitchen, the upscale Italian restaurant in Leesburg, has a new trick up its sleeve. It’s announced that it is adding a Travinia branded food truck to its repertoire.

The truck will have the restaurant’s logo and “Camion di Cibo” on the side, which literally translates as “truck (camion) of (di) food (cibo)” or food truck.

Currently, the final work is being done on the new towed vehicle, including the installation of a grill, flat top, fryers, burners, coolers and everything else they need to bring their pasta and other Italian classics to new locations.

Travinia Italian Kitchen opened more than a decade ago and has become a stalwart staple at the Village at Leesburg center off Route 7. If you’ve never been, you can check out the restaurant’s full menu here.

A manager says they anticipate taking the truck to area wineries and breweries as well as private events and parties.

Travinia hopes to have the final work completed in the next two to three weeks and they would like to see the truck hitting the road by November.

Sullivan's Cove coming to One Loudoun in Ashburn