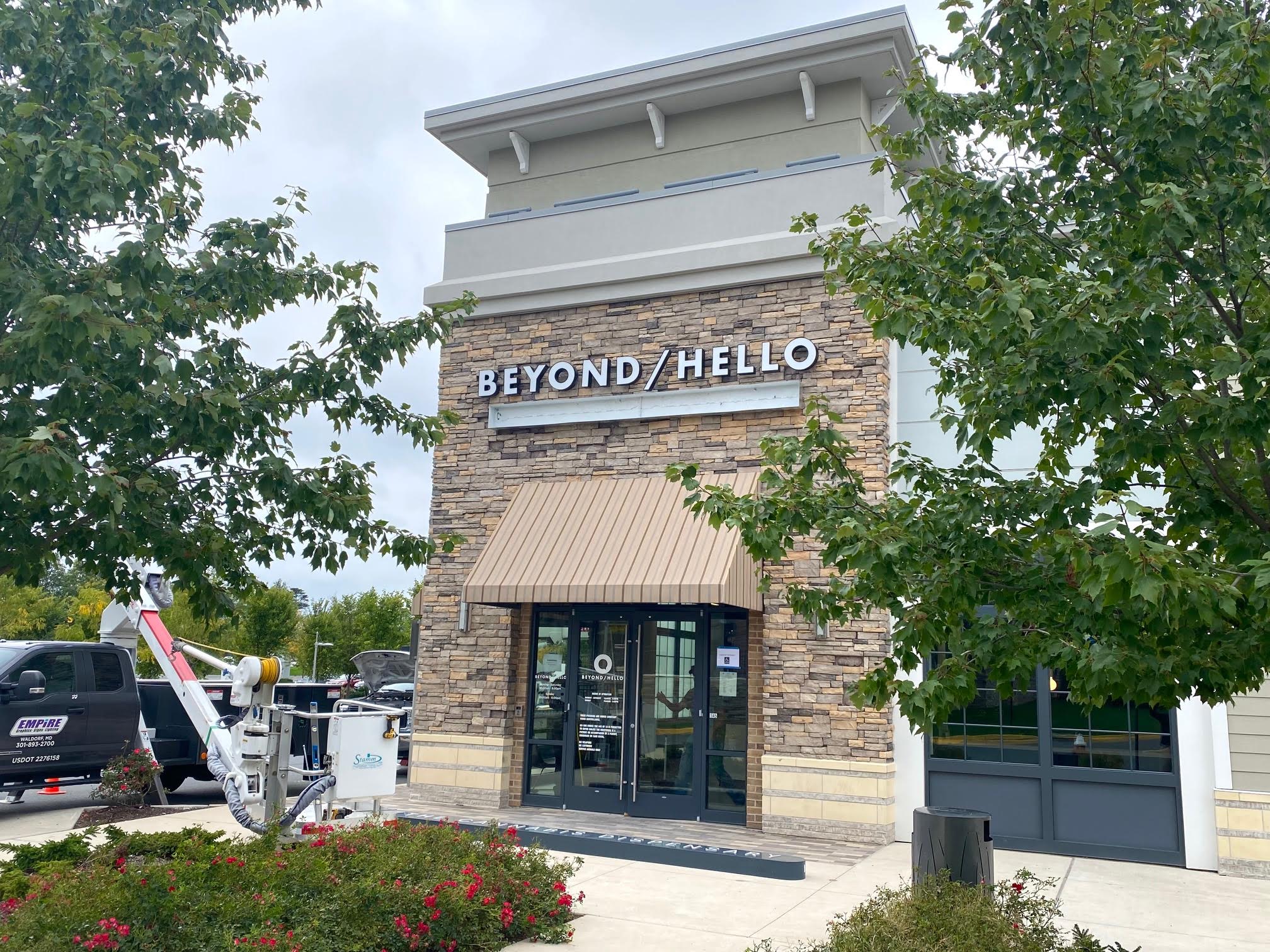 The signs on the facade of Loudoun County’s first retail cannabis dispensary were installed today. We’re talking about Beyond/Hello which is opening in an upscale shopping plaza near the Dulles Town Center mall. We passed by as the mounting of the signs was underway.

Last December, The Burn was the first media outlet to break the news about the new dispensary coming to Loudoun. It’s called Beyond/Hello and it’s part of a growing chain which currently has two dozen locations in five states.

The first Beyond/Hello location in Virginia opened in Manassas late last year. The Loudoun location should be the second, but others are planned for Northern Virginia as well. 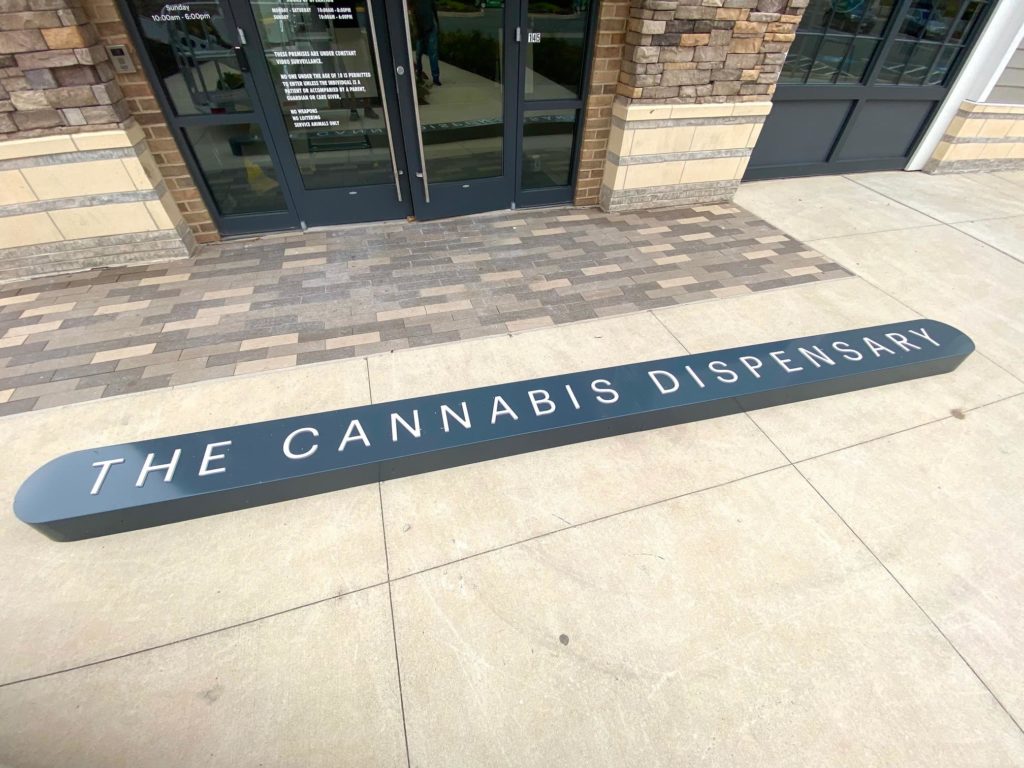 Customers wanting to purchase medical cannabis need to register with the Board of Pharmacy before entering Beyond/Hello or other cannabis dispensaries. However, if the push continues to allow recreational marijuana sales in Virginia, that requirement could change or go away in the future.

The Burn reached out to a Beyond/Hello spokesperson about when the new location is expected to open. They declined to give a specific date yet, but said it’s a matter of weeks.