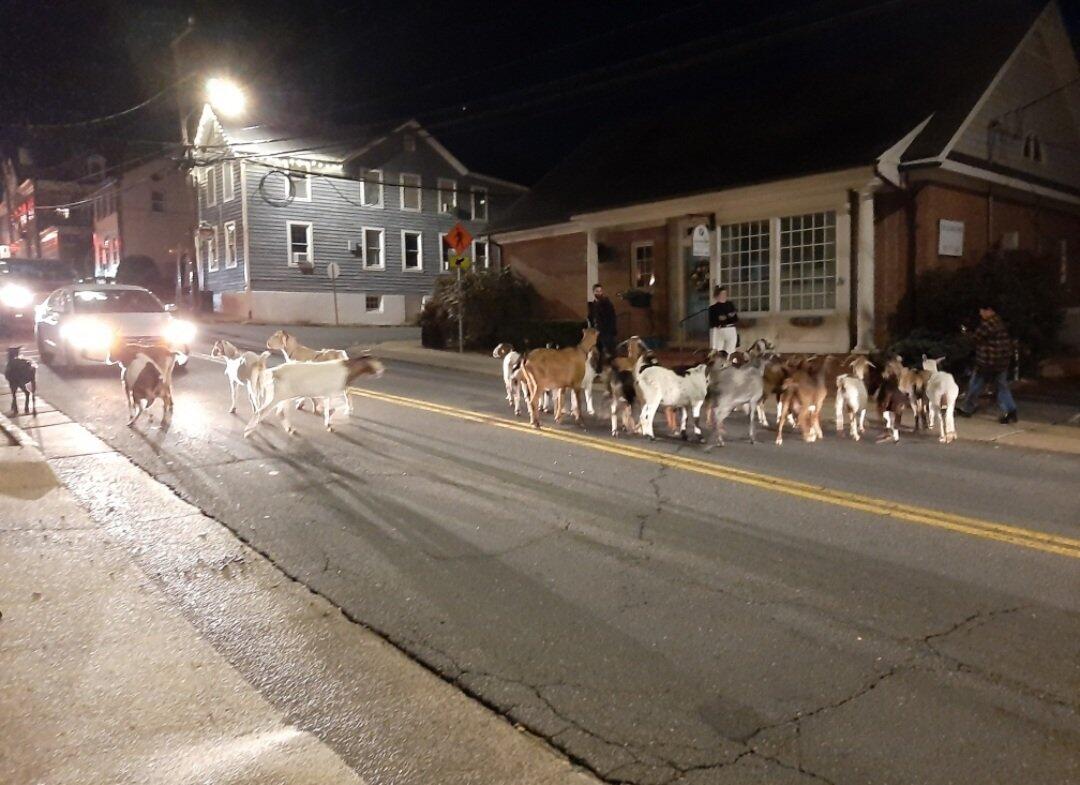 Maybe a couple of hundred years ago, this would have been a common sight, but a herd of goats running freely through the streets of downtown Leesburg definitely caught folks by surprise Saturday evening.

Shannon Casey of Leesburg shared this photo with The Burn, taken in the vicinity of King Street SE and Royal Street SE. Turns out — they are so called lawn care goats — used to remove weeds and other vegetation in a more eco-friendly way at various spots around town. And they had broken free and made a run for it.

“(Leesburg Police) dispatch received a call for service yesterday evening shortly after 8:45 p.m. that approximately 20 goats were freely roaming the area of Royal Street SW and Wirt Street SW. LPD officers responded and assisted in re-securing the goats in their enclosure until a representative from the Town’s Public Works arrived.”

“The owner of the goats also was notified to respond. There were no reports of injury to any Town personnel or to the goats. These are the goats that are being used to clear the vegetation in Town Branch and other locations in Leesburg.”

Social media had a field day with the wayward goats. Some suggested they were just sightseeing in downtown Leesburg. Another thought perhaps they were protesting local barbecue restaurants, or headed to Walgreens to get their coronavirus vaccines per Leesburg’s mandate for city workers.

So far, there’s been no comment from the goats themselves about what led them to undertake their late night adventure.