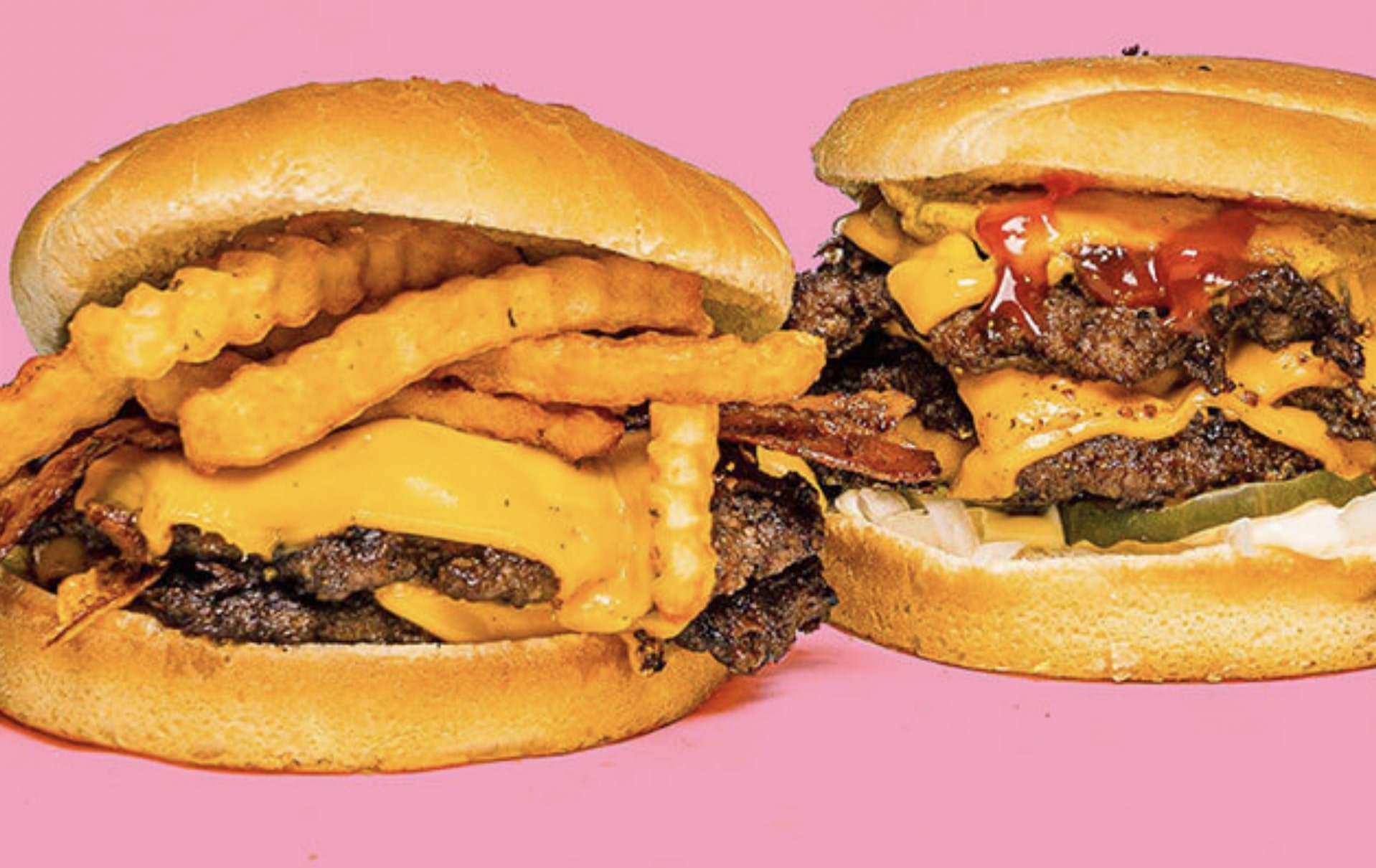 A new burger joint has debuted with two locations in Loudoun County, and they are a new twist on the popular “ghost kitchen” concept. The restaurant is called Mr. Beast Burger and juicy, smashed-style burgers are their specialty. 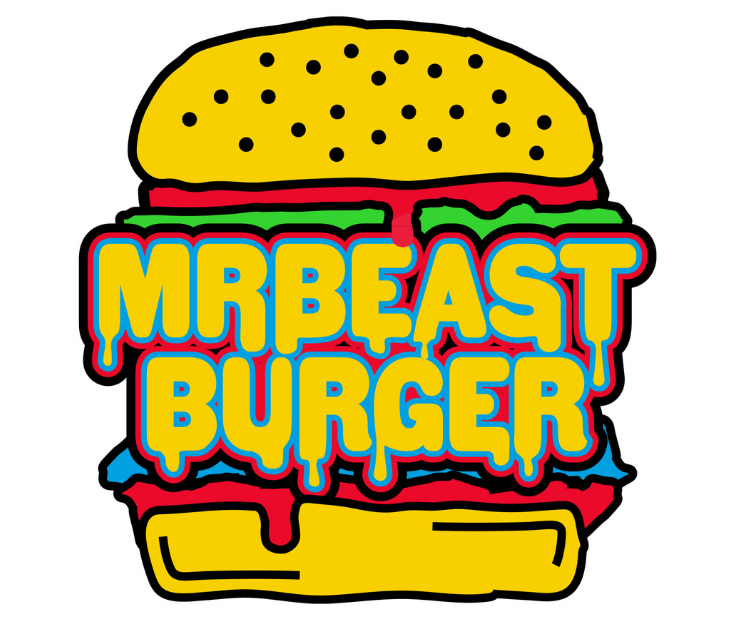 As The Burn has reported on extensively, ever since the pandemic, many restaurants have been looking for ways to expand their revenue. Lots of popular restaurant brands launched new brands that were delivery and carry-out only and then operated them from their existing restaurant kitchens.

One example is the Mac & Stacks gourmet grilled cheese brand that was really a ghost brand to the Bar Louie chain of restaurants.

But Mr. Beast Burger is different. Here in Loudoun County, the burgers are coming from the two Red Robin restaurant locations — one by the Dulles Town Center mall, and one at the Shoppes at Ryan Park in Ashburn. But their burgers are not just renamed Red Robin burgers.

Mr. Beast Burger is a completely separate brand that operates via space in other restaurants kitchens. Orders are done only through their online app or delivery services such as DoorDash and all the products — the burgers, the chicken sandwiches, the french fries — are unique to them and separate from the host kitchen, in this case Red Robin. And you can’t order them in the restaurant.

It’s definitely a model that has some steam — Mr. Beast Burger now have more than 1,000 ghost locations around the United States. The two here in Loudoun County launched a few days ago.

The menu at Mr. Beast Burger includes burgers with crinkle fries on top (Chris style), a patty melt with caramelized onions (Karl’s Deluxe) and a recent addition — the Moist Cheese, which is a chopped beef burger with the cheese mixed into the meat and a dab of hot sauce on it.

An image of the menu is below, but check out the Mr. Beast Burger website for the latest specials and other offerings. 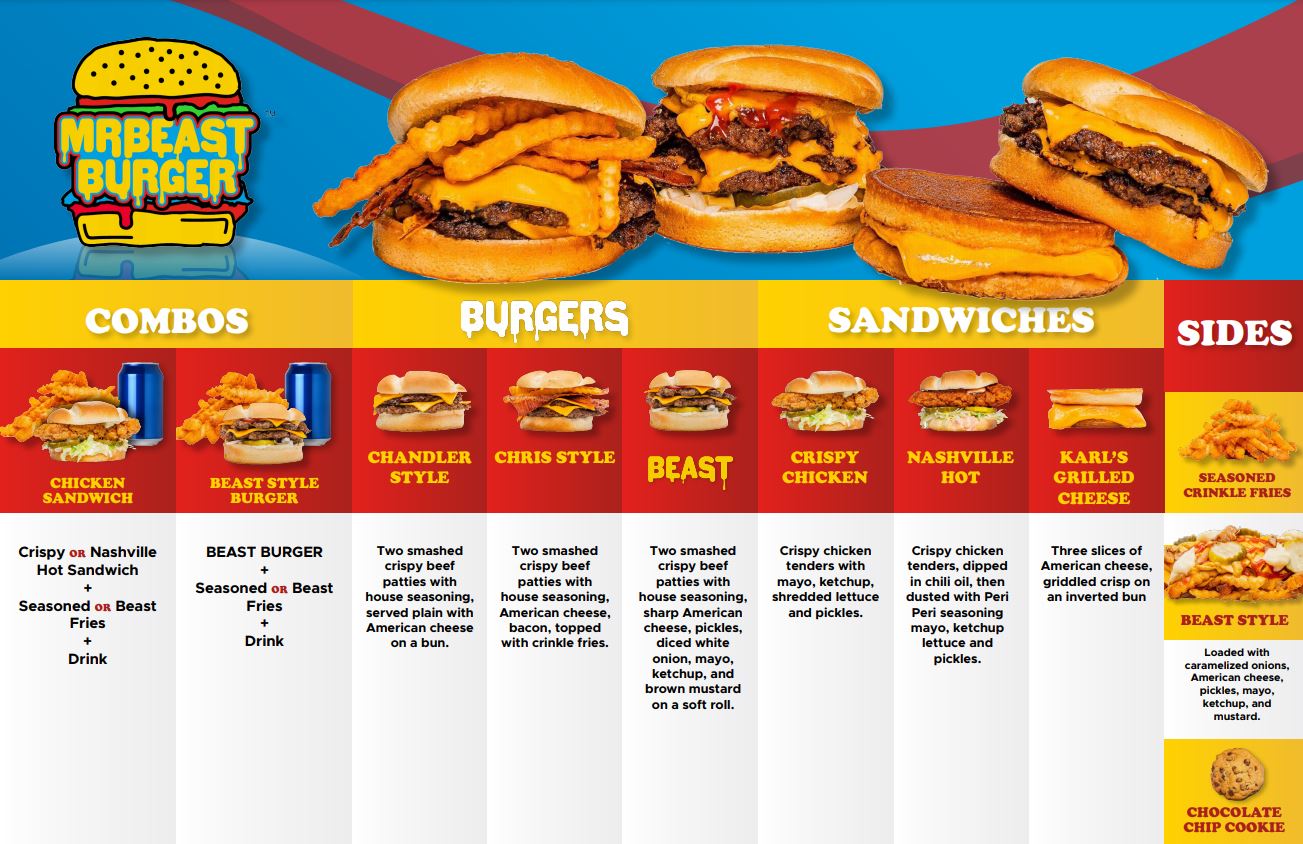