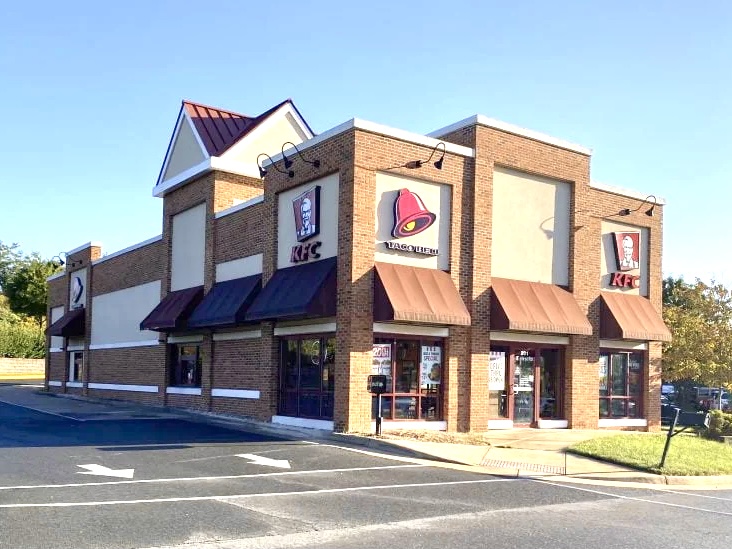 A former fast-food restaurant in Purcellville is being transformed into a new quick-service restaurant called BFC, or “Burgers, Fries & Chicken.” It’s taking over the vacant KFC/Taco Bell building on Hirst Road.

The menu at BFC is kind of self-explanatory. They will have burgers, french fries and chicken — including chicken sandwiches, chicken tenders and bone-in chicken. The restaurant will also specialize in milkshakes.

“It’s fast food, but it’s a step up from the typical fast food restaurant,” said Nadeem Chaudry, one of the owners of BFC.

The BFC brand is not a franchise. Instead, they are starting up their own concept. One of the owners has extensive quick service restaurant experience, including managing a Wendy’s location.

The group had originally leased the building on Hirst Road at Hatcher Avenue with the hopes of opening a Wendy’s, but that deal didn’t work out and they decided to create BFC instead.

We’re told much of the remodeling work has already happened. Now, they are waiting on additional equipment and furniture to be shipped, and they have to hire a team of employees.

Anyone following business news at the moment knows supply chains have slowed down and many equipment orders are delayed. And start-ups to well-established restaurants are having trouble finding enough employees.

That being said, Chaudry says their aspirational target opening is mid-November. Worst case, he says they plan to open by the end of November.

Mr. Beast Burger on the fritz in Ashburn — and it may be our fault