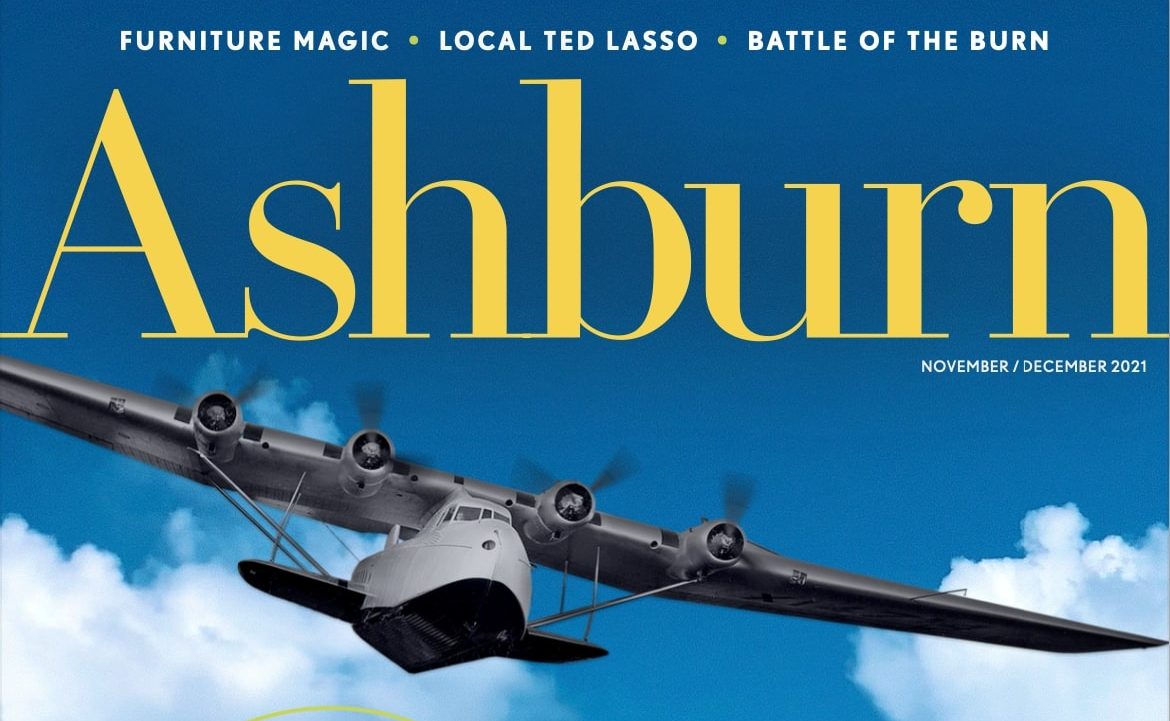 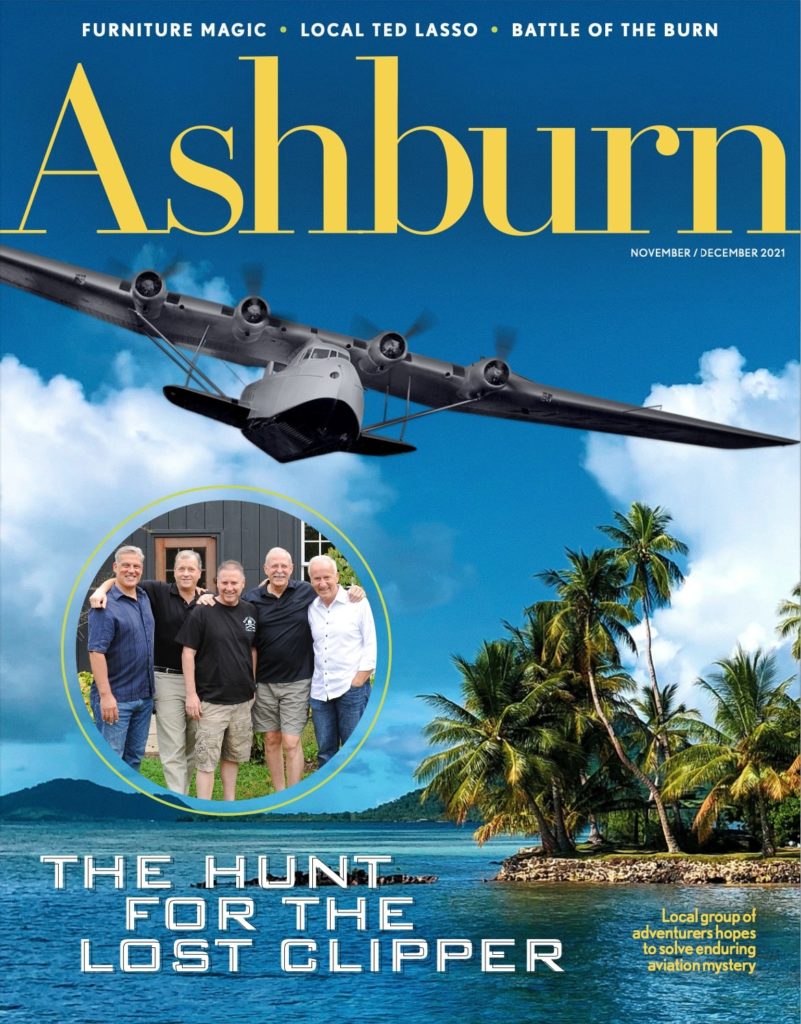 The cover story in the latest issue is called “The Hunt for the Lost Clipper” and introduces you to a group of local men who are determined to solve the 83-year-old disappearance of a Pan Am plane over the Pacific Ocean. It’s a mystery and an adventure like something out of an Indiana Jones movie.

Other stories in this issue include an interview with a Stone Bridge High School grad who is coaching American-style football in Finland, a feature on two Brambleton teens who wrote a book on a  unique topic, a profile of an Ashburn physical trainer who works famous names like Usher and Logan Paul, and a look at the cuisine on the menus of Ashburn’s many Afghan kabob restaurants.

There’s also the winners of Ashburn Magazine’s creative writing contest for high school students, and you’ll meet a local woman who really should have her own HGTV show because what she does with discarded furniture is amazing.

The magazine should start showing up at area drop spots as soon as today — places like the Giant grocery stores, the Ashburn Ice House, the Ashburn and Brambleton libraries and dozens of other locales. You can see the full list of locations here.

And the magazine will come to mailboxes in many Ashburn neighborhoods as well, so look closely before you start dropping the usual reams of junk mail in the recycling bin. You don’t want to miss this issue. (And if you’ve missed past issues — they’re all available online here and they’re filled with fantastic stories.)

Burning Question: What happened to BB.Q Chicken in Ashburn?