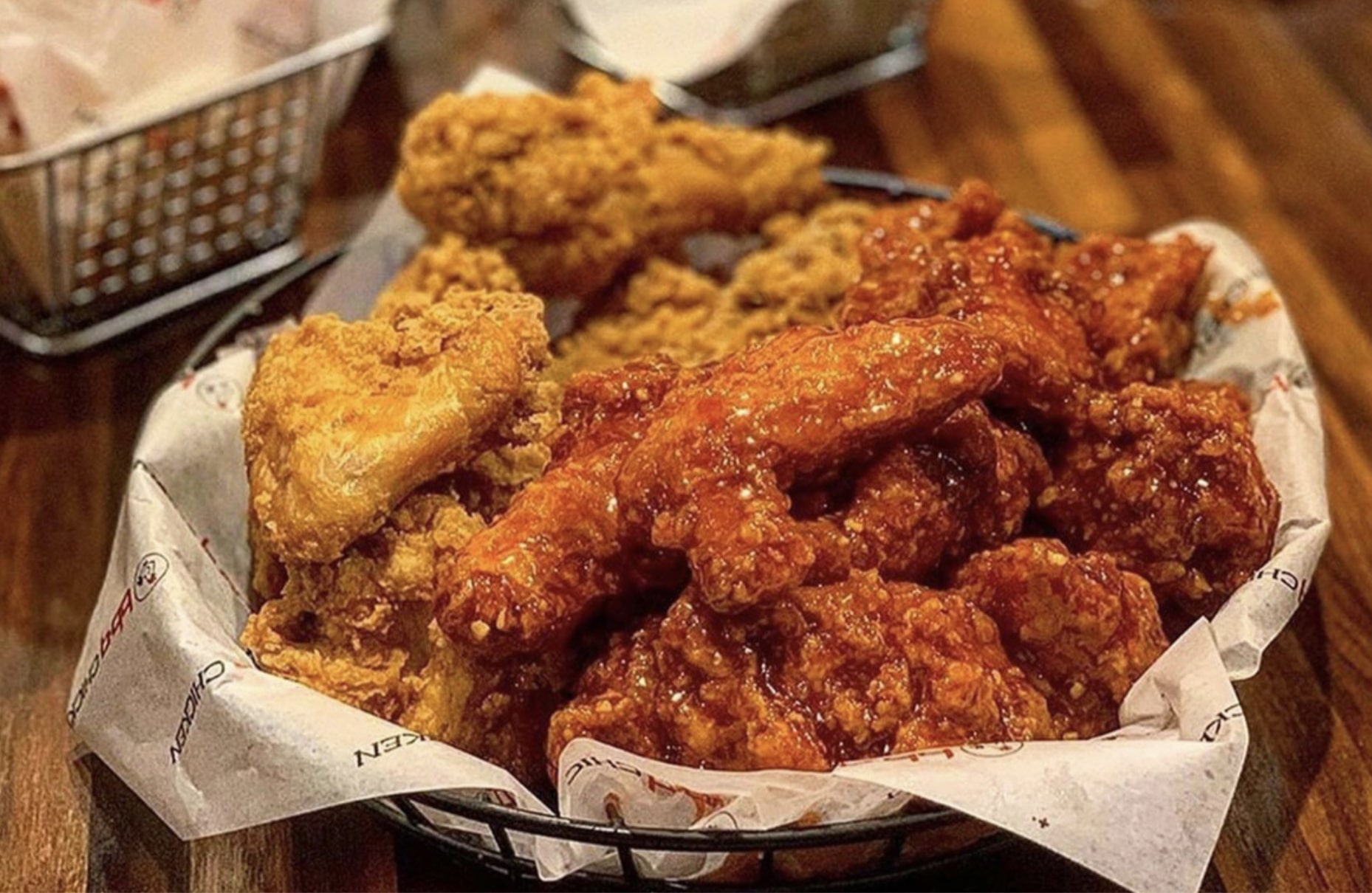 Burning Question: What happened to BB.Q Chicken in Ashburn? I was passing by and noticed all the “coming soon” signs have disappeared. — Eric S.

We’ve gotten this question from a number of readers, Eric, so you’re not alone in wondering. Indeed, after several months of big “coming soon” posters in the windows, they suddenly disappeared a month or so ago.

All we can tell you at this point is that everyone assures us the Korean-style chicken chain called BB.Q Chicken is still coming to the former Basil Leaf Grill space at Loudoun Station. That’s the development off Shellhorn Road next to the future Ashburn Station metro stop.

We reached out to Comstock, the developers of Loudoun Station and they said construction is moving forward on the space, but supply chain issues have slowed progress.

The Burn actually stopped by and poked our head in the door — some workmen inside also said BB.Q Chicken is still coming. And the location is still listed on the BB.Q website.

The Burn first told you about BB.Q (sometimes pronounced B-B-dot-Q) coming to Ashburn back in January. The chain has more than 1,000 locations in South Korea and came to the United States in 2014.

There are currently nearly 100 BB.Q Chicken restaurants open or in the works in the U.S. in 18 states. There are three in Virginia so far, according to the brand’s website — one in Centreville, one in Reston and one in Falls Church.

The brand is known for its signature chicken — deep-fried in olive oil — and topped with a variety of sweet and/or spicy seasonings and sauces. Check out the menu online here.

So there you have it. No one was able to explain why the posters came down, but nevertheless, multiple sources say the area’s latest fried chicken restaurant is moving forward and will hopefully be opening sometime in 2022.

Latest issue of Ashburn Magazine is out — and it's a doozy