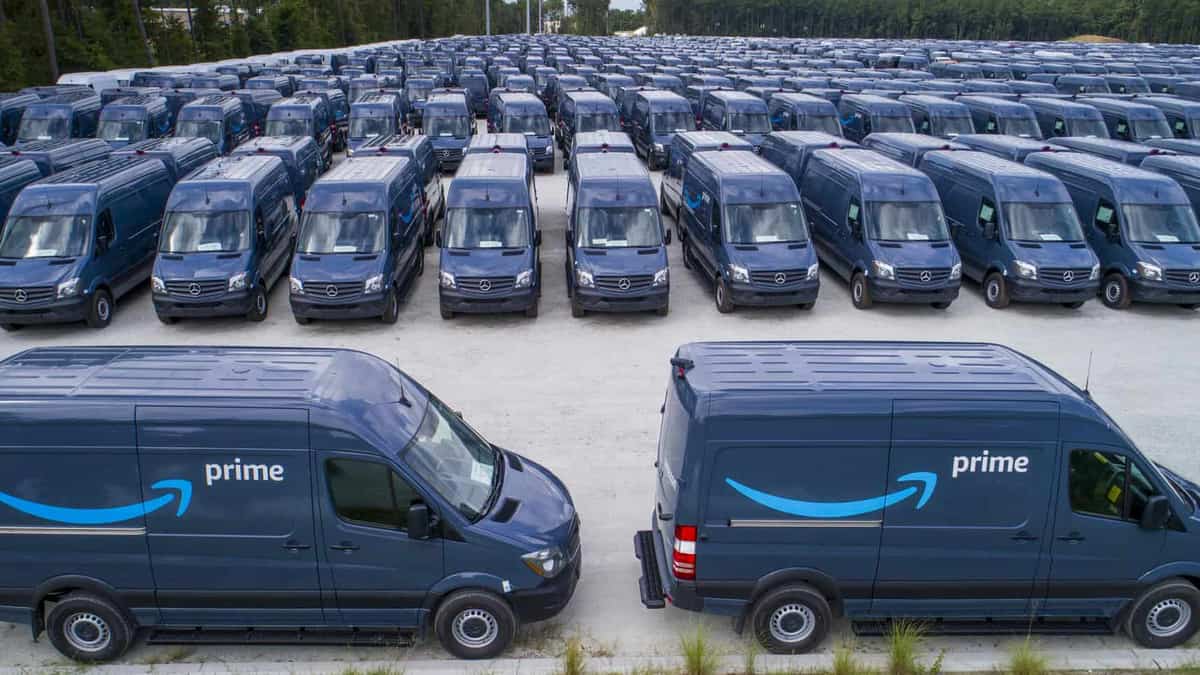 A mammoth new warehouse facility proposed for a busy Ashburn intersection continues to move its way through the county system. And now we know definitively who is behind the project — the worldwide retailer Amazon.

Back in August, The Burn reported about a mystery warehouse facility proposed for a large parcel of undeveloped land on the northwest corner of Russell Branch Parkway and Ashburn Village Boulevard.

At the time, the company behind the plans wasn’t named. Nevertheless, based on the layout featuring hundreds of parking spaces as well as loading lanes and distribution areas, we speculated it was a proposal for one of Amazon’s “Last Mile Delivery” facilities.

These are distribution centers where shipments wind up before the familiar blue Amazon delivery vans take them on the last leg of their journey — the “last mile” — to the customer’s doorstep.

Now in a filing with Loudoun County on Friday, all doubt was removed. The paperwork states Amazon.com Services LLC is the lessee of the land.

“The Applicant proposes the development and construction of a last-mile delivery station on the Property, featuring temporary warehousing of consumer goods, which would be delivered by van to consumers at off-site addresses,” reads the memorandum.

The original filing estimated there would be approximately “1,480 daily trips, primarily consisting of passenger vehicles, but including 42 tractor-trailer truck trips and 460 delivery van trips a day.”

The main question at this point seems to surround the zoning of the property. Is the proposed facility allowed “by right” under current zoning, or would it have to be rezoned, which would need county approval?

One other interesting note — this piece of land is reportedly the last undeveloped parcel in the original Ashburn Village neighborhood project that started way back in the 1980s.