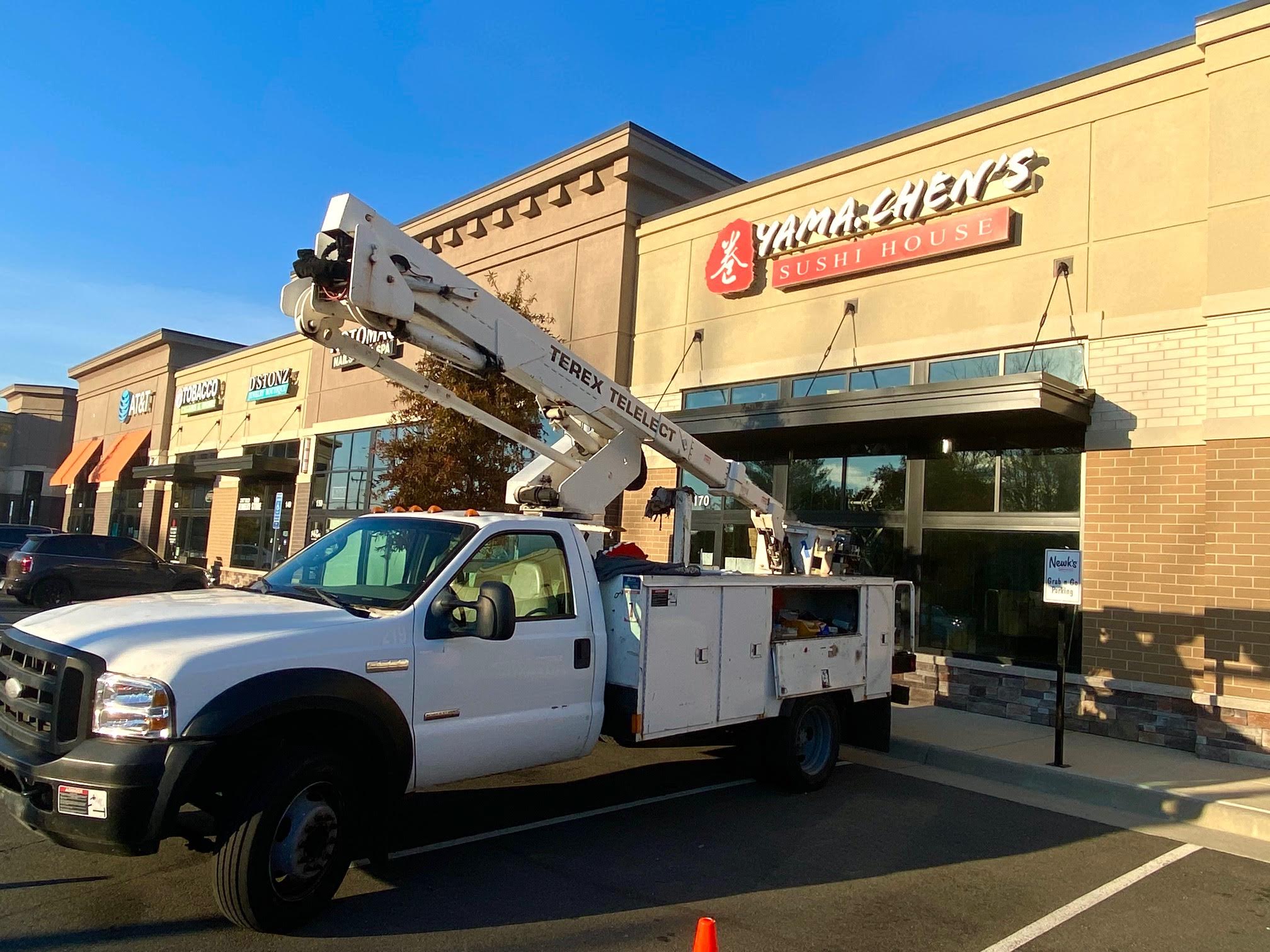 There’s a sign of progress at a new Asian cuisine restaurant coming to Loudoun County. We’re talking about the sign being mounted over the door to YamaChen’s Sushi House in Sterling.

The new restaurant is coming to the Shoppes at Potomac Corner shopping plaza. It’s at the corner of Potomac View Road and Route 7 — kitty corner from the NVCC campus.

It’s the same center that is home to the SouvlakiBar fast-casual Greek restaurant and the future site of Loudoun’s first Kohler Signature Store.

The Burn broke the news about YamaChen back in March. There are roughly a dozen or so YamaChen locations around the state, mostly in the Virginia Beach area.

They are known for a menu filled with sushi rolls and sashimi, as well as other dishes such as Pork Ramen, Shrimp Tempura and Fire Chicken. You can see the full YamaChen menu here.

No word yet on when YamaChen’s Sushi House will open. We peeked in the window and they still have a long way to go, so a solid guess would be sometime in early 2022. We’ve got a message into to the corporate folks for an update.

Peri-Peri Original days away from opening in Ashburn