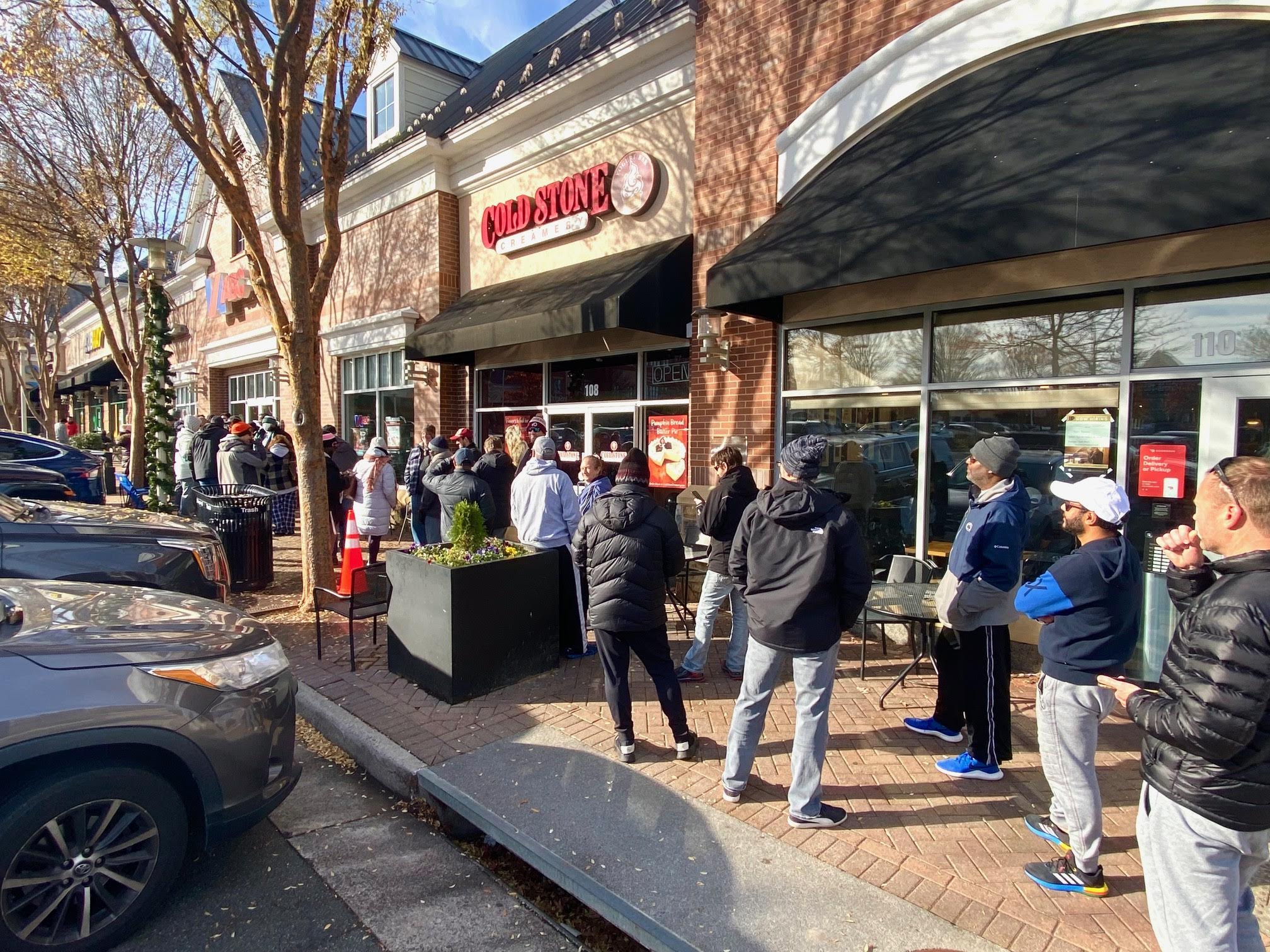 It was a sight right out of Black Friday. Long lines outside stores as people waited for the latest hot release. Only it’s a week before Black Friday and this time, it’s not concert tickets or the latest video game system they’re after. Saturday morning, the crowds were queuing up outside ABC stores for bourbon. 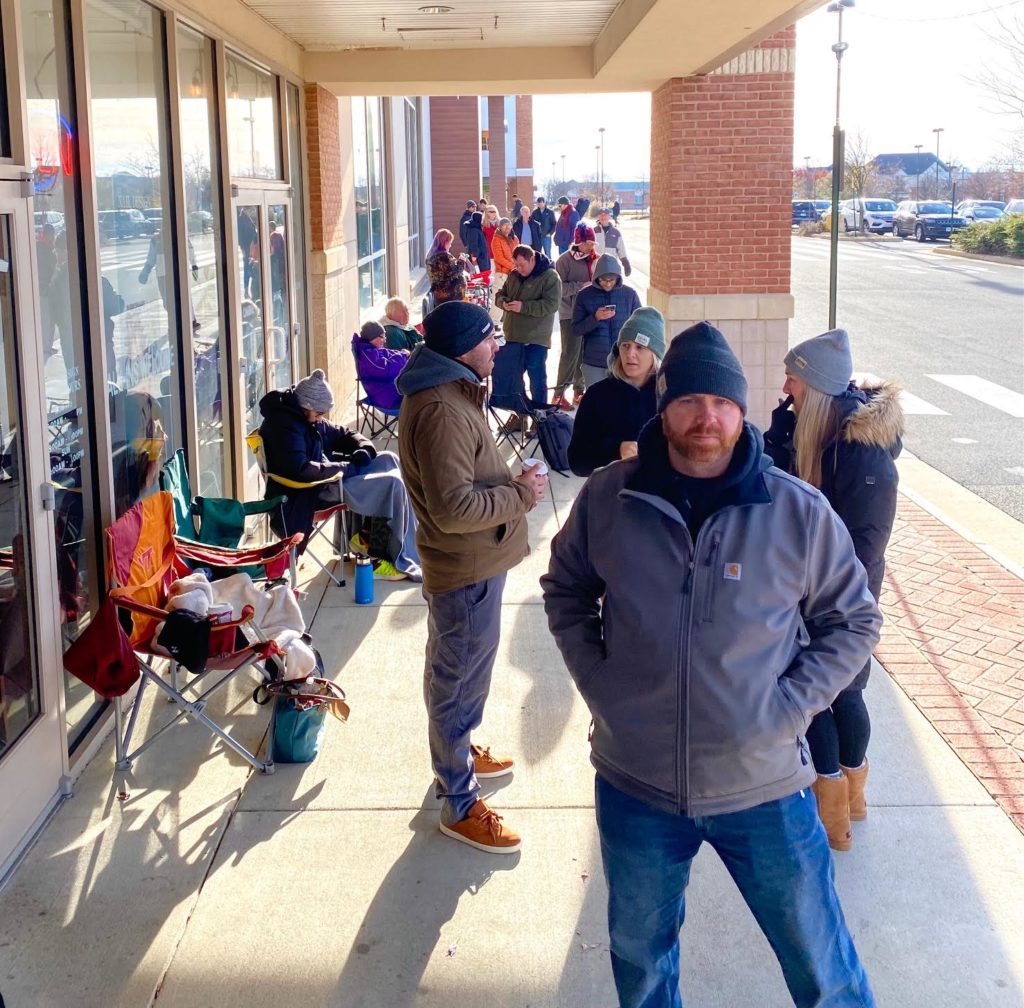 Certain high-end bourbons are released in small batches, with each ABC store getting only a few bottles. This makes them extremely rare and highly coveted. We’re told oftentimes these sought-after bourbons are doled out via a lottery system. But sometimes, it’s just first come first serve.

The Burn passed by two ABC stores in Ashburn. Both had lines of 30 people or more, including several hardy folks who had camped out overnight. The crowds said this scene was being repeated at ABC stores around the state. This despite it reportedly getting down to 34º in Ashburn overnight.

The gentleman first in line at the ABC store at the Broadlands Village Center had arrived around 8 p.m. Friday night. He was decked out in winter gear that looked like something out of the Arctic and admitted his wife thought he was an “idiot” for staying overnight.

Down at the ABC store in the Brambleton Town Center, the first person in line had taken up his position at 2 p.m. Friday.

A number of different highly-sought bourbons were being released at 10 a.m. Saturday when stores opened. The big get — a George T. Stagg bourbon that we’re told retails for around $100, but can fetch $1,000 or more when people try to resell it. 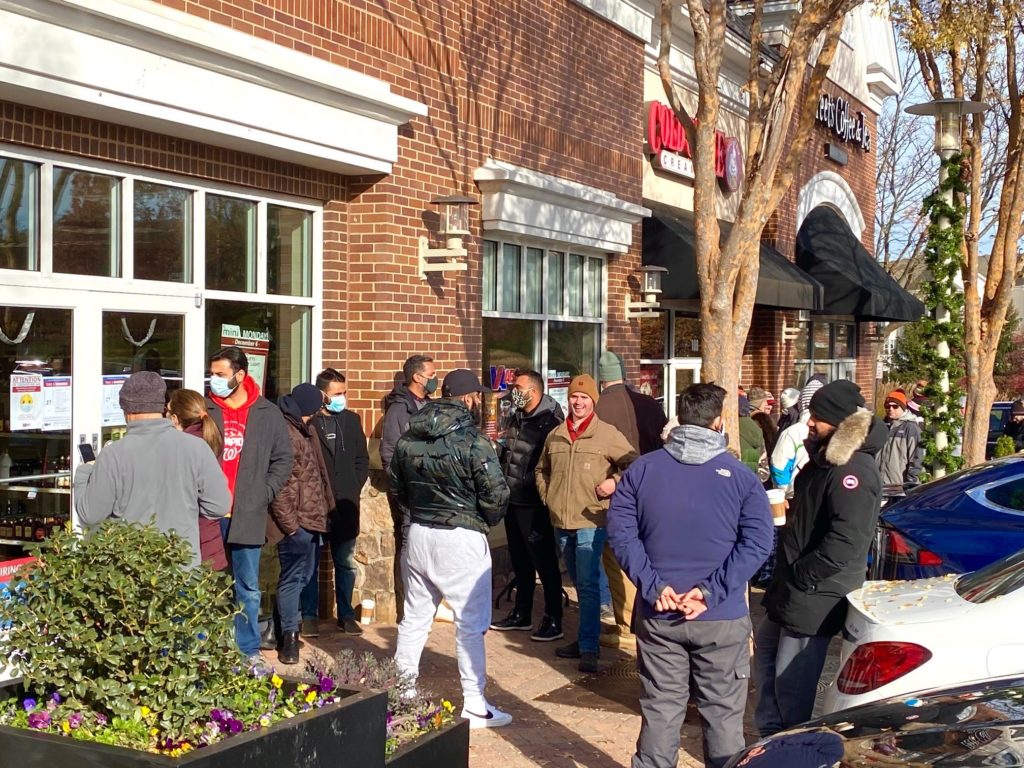 The friendly group of Brambleton bourbon-o-philes told us that a gentleman had shown up with a bottle of George T. Stagg bourbon and was offering it to the crowd for $2,000. He reportedly turned down an offer of $1,400.

Other eagerly anticipated releases Saturday include several bourbons from the EH Taylor and WL Weller brands.

The group at the front of the Brambleton line good-naturedly suggested that the folks at the back of the line would have some nice eggnogs to choose from.