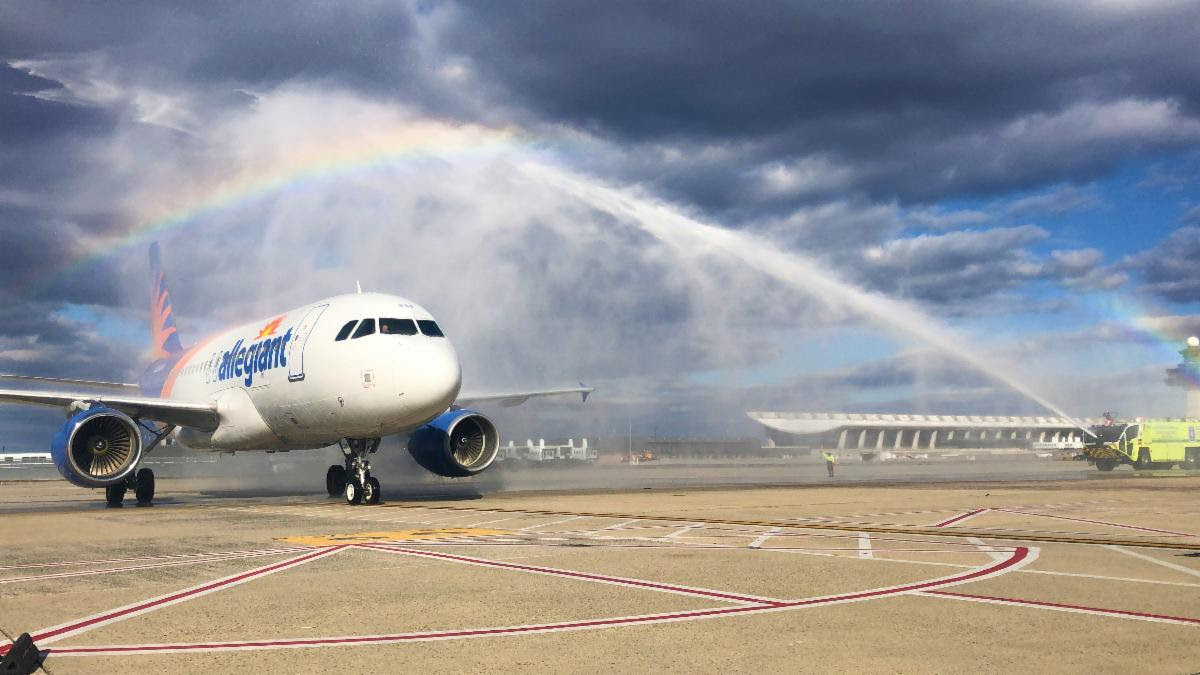 Travelers leaving from our nearby Dulles International Airport have a new airline with some new destinations to consider as they make their vacation plans. Allegiant Air officially launched service from IAD on Friday.

When the first Allegiant Air flight arrived from Jacksonville on Friday, it was greeted by a water cannon salute as it pulled into its gate.

Allegiant is what’s referred to as an “ultra-low-cost” carrier that focuses primarily on vacation destinations. The term “ultra-low-cost” term is used by true “no frills” airlines to differentiate them from traditional carriers that bill themselves as “low cost” while still offering many perks and amenities.

According to the airport authority, it’s the only ultra-low-cost carrier operating from Dulles, which now has 36 airlines offering flights to more than 150 destinations.