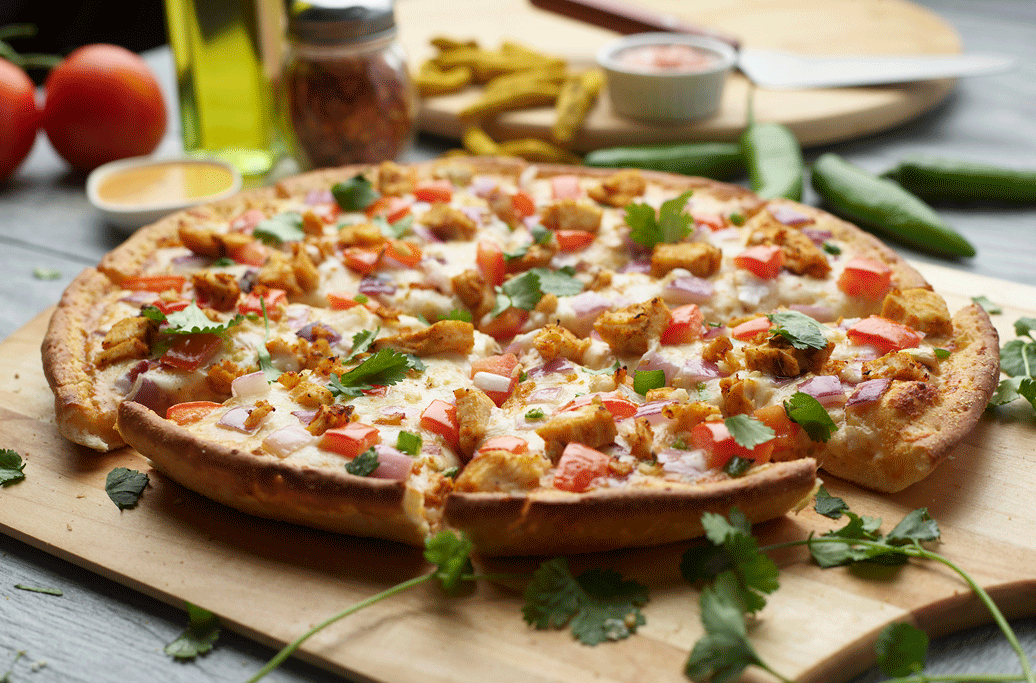 A new pizza place is under construction, tucked away in a busy Sterling shopping center. We’re talking about the Regal Center off Route 7. And the new restaurant is called Pizza Twist.

Pizza Twist is a nationwide chain that specializes in pizzas prepared with traditional South Asian and Indian flavors. For example, two popular pies on the menu are the Chicken Tikka Masala pizza and the Bombay Garlic Chicken pizza.

The new restaurant is going into a spot in one of the centers many mini-strips. It will be tucked in between two other restaurants — Taste of Vietnam and Agni South Indian Cuisine.

Believe it or not, this isn’t the first location for the brand in Loudoun County, although we don’t blame you if you’re not aware of this. That’s because the brand still operates some locations under an alternative name.

In Ashburn, Chicago Pizza with a Twist has been open on Ashburn Road since 2017. As best as we can tell, the brand has simplified the name to just Pizza Twist for newer locations, but some earlier outlets still use the longer name.

Our partner publication, Ashburn Magazine, did an article last year on Chicago Pizza with a Twist and Indian-style pizzas. Click here to read that story.

Meanwhile, there’s no word on when the new Pizza Twist will open in Sterling.