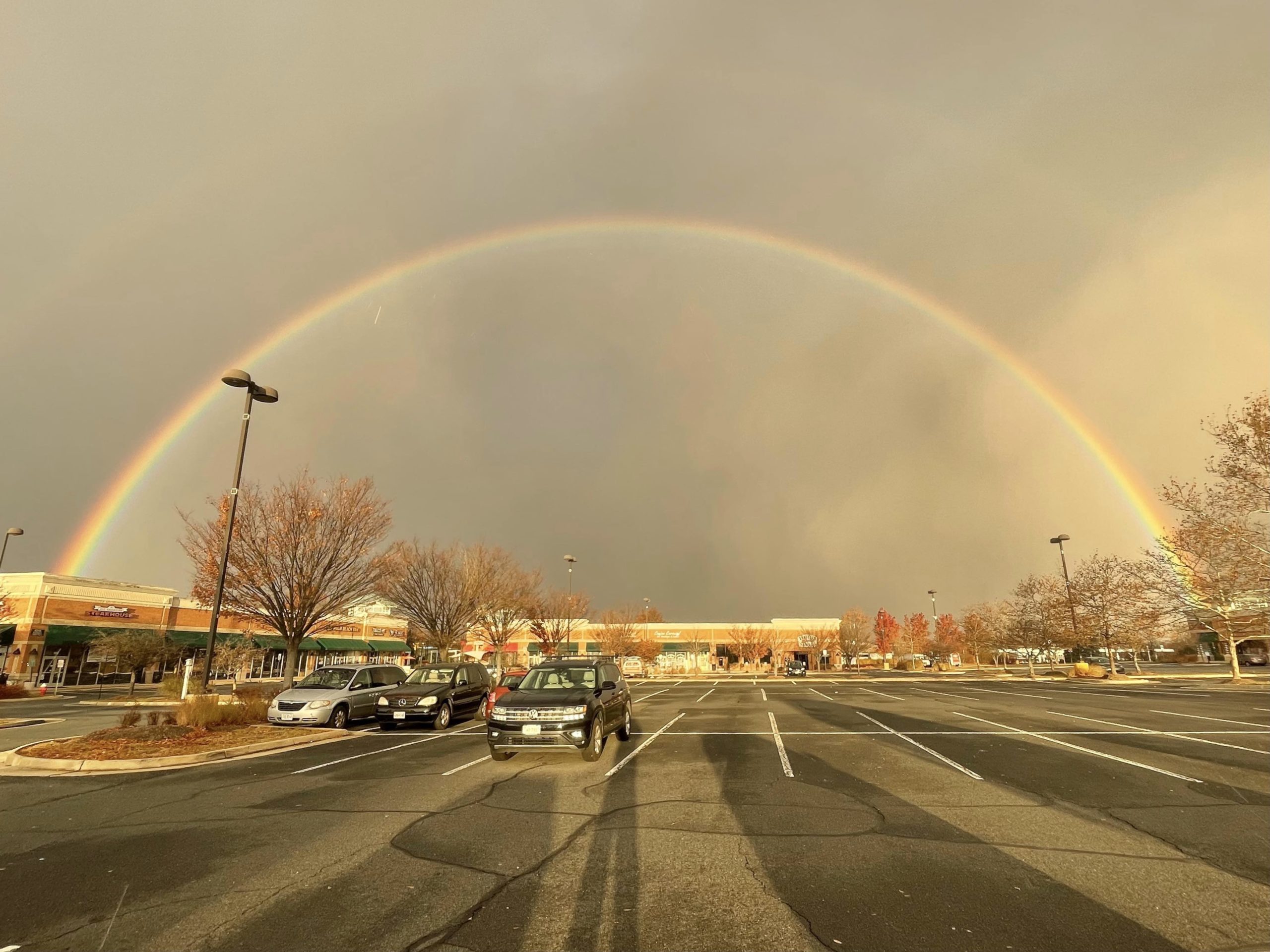 A rainbow appeared over Loudoun County Friday morning and — if you look closely — there’s a second, fainter arc above it.

The photo was taken by photographer Bob Jones.

He was at the Broadlands Village Center at Claiborne Parkway and Broadlands Boulevard when he spotted the rainbow at about 7:45 Friday morning.

The sun was behind him — one of the requirements for a rainbow — and he was facing west. He captured the shot with his iPhone 12.

If legend is to be believed, it appears a pot of gold will be found in the All American Steakhouse and another one at the Brusters’s Real Ice Cream shop.

Burning Question: What is going into the Copperwood Tavern space at One Loudoun?