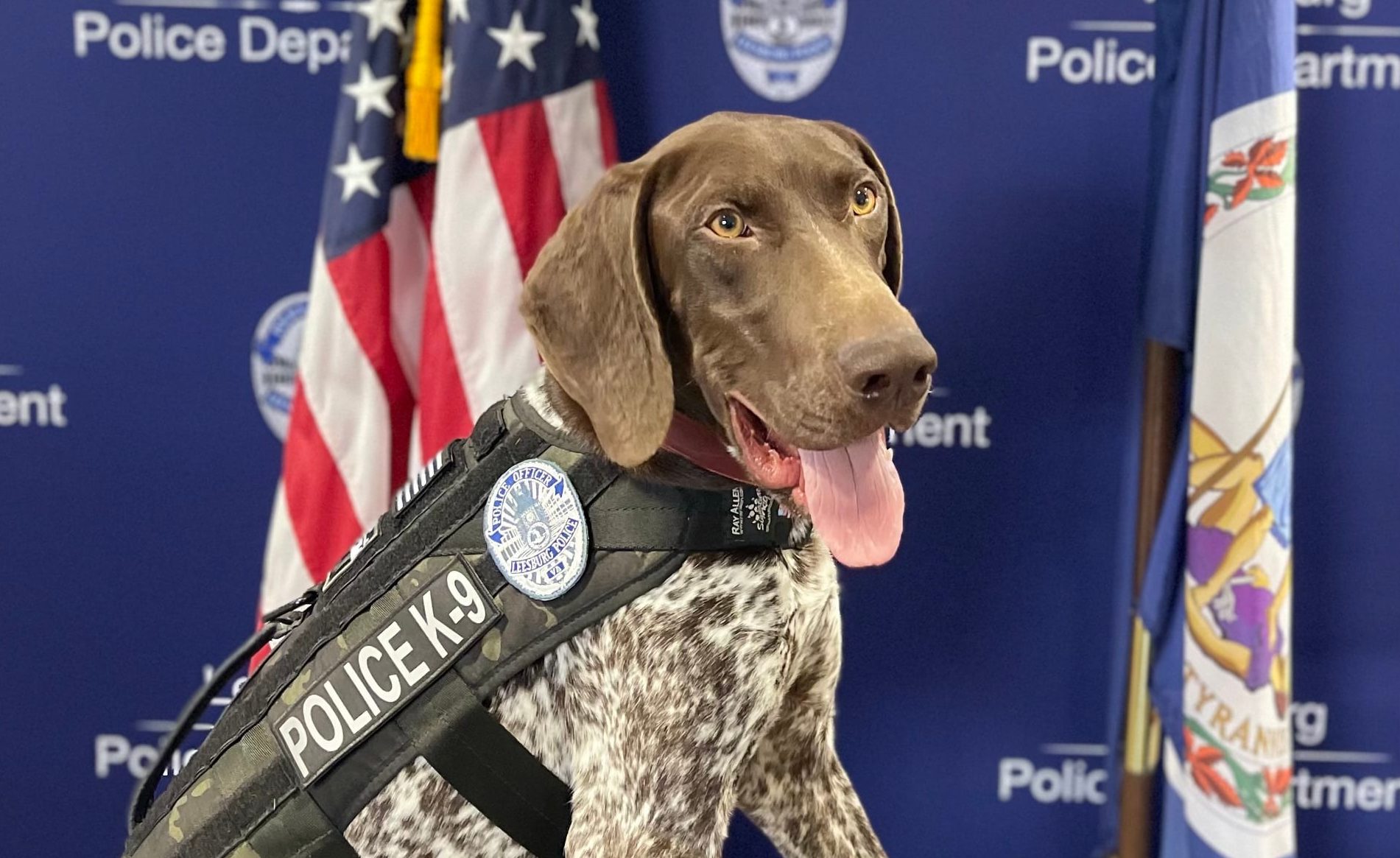 The Leesburg Police Department has welcomed a new K-9 police dog to the force — and the highly-trained canine has been given a special name as well. The new K-9’s name is Elmore.

He is a 1-year-old German shorthaired pointer. Elmore is trained in standard patrol duties, which include tracking missing persons. He is also trained in drug detection.

Elmore is being paired with Officer Lelia Brickley, who has been with the Leesburg PD for more than three years. She and Elmore have recently graduated from the basic K-9 handler course.

The name Elmore has a deeper significance. The new police dog came about thanks to an anonymous $15,000 donation made by a local family in memory of FBI Special Agent Charles Elmore.

Charles Elmore was one of three agents shot to death by a gunman at an FBI field office in El Centro, California back in 1979. You can see Agent Elmore’s listing on the FBI’s Wall of Honor here.

The $15,000 donation was used to cover the costs of purchasing and training the new K-9.

“I am excited to welcome Elmore to the LPD family,” said Leesburg Chief of Police Gregory Brown in a statement. “Working together, K-9 Elmore and Officer Brickley will assist in serving and protecting our community through such tasks as locating missing juveniles, as well as locating those experiencing cognitive impairments who become lost.”

K-9 Elmore will be joining K-9 Loki and K-9 Brody on the Leesburg PD force.