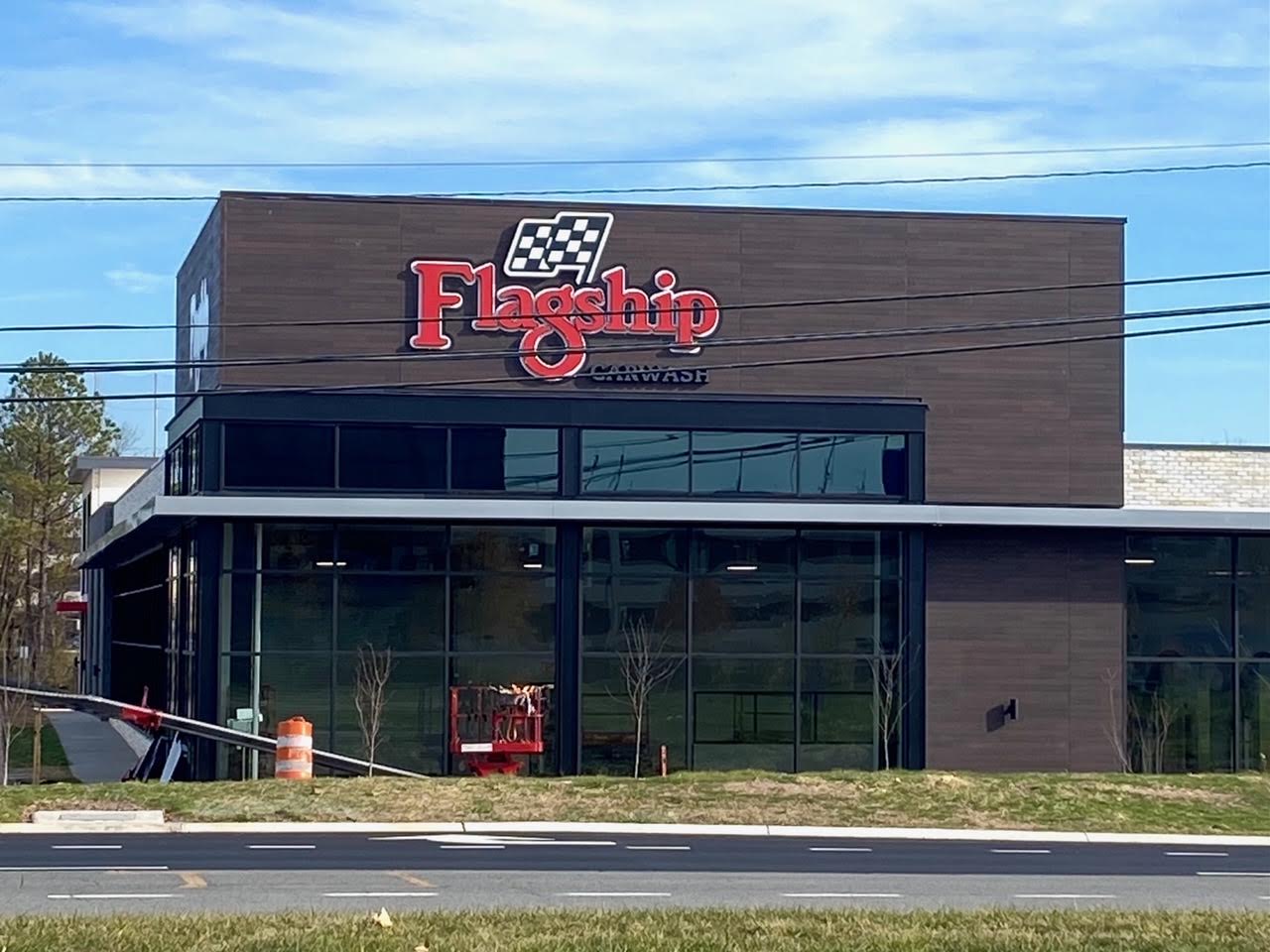 The huge signs went up today — Wednesday — on the sides of the new Flagship Carwash facility coming to Ashburn. The car wash — which will be the largest indoor car wash in the United States — is opening at the intersection of Loudoun County Parkway and Russell Branch Parkway.

Flagship is accompanied by a small retail center next door called Flagship Commons. The only announced tenant so far is a new Italian restaurant called Corso 63 — you can see our report here. There are spaces for several other tenants. We’ve heard rumors of who is coming to those spots, but nothing is official yet.

Flagship Carwash is making a major move into Loudoun County, but it’s not without some controversy. Flagship has purchased three Ashburn area car washes, and then shut them down to convert them to the new brand. But equipment delays have meant the car washes have been shuttered longer than planned.

When the new 64,000 s.f. Flagship location opens off LoCo Parkway, the owner says they will initially be offering free car washes to the community, in part as a make-good for the other locations being closed so long.

The new main Flagship location is expected to hold a soft opening by the end of December, with a grand opening to follow in the new year. Meanwhile the opening dates for the other area locations are still uncertain.

Aldi store in Sterling is planning to expand