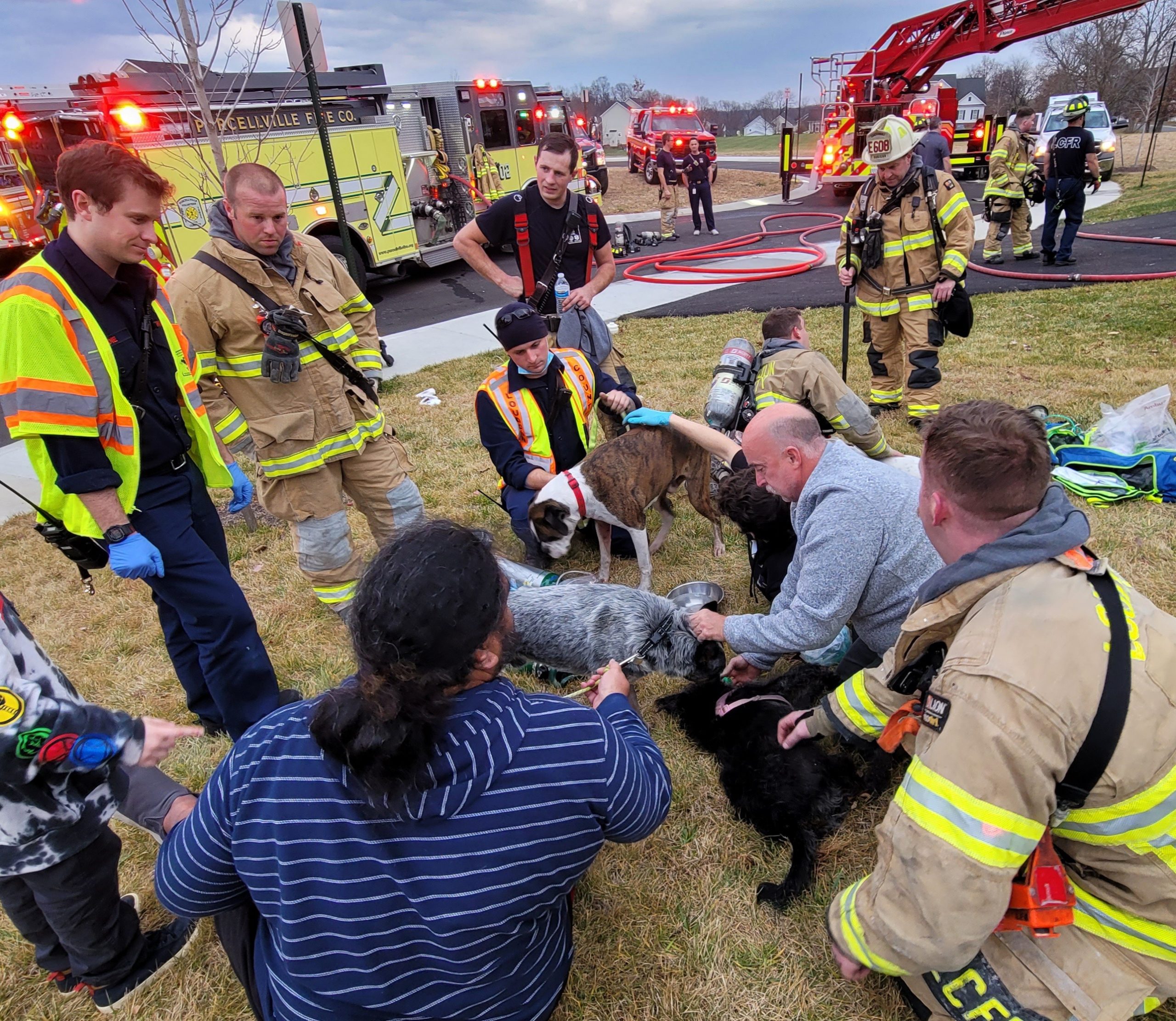 Loudoun County firefighters rescued four dogs from a Purcellville house fire on Monday and treated them on the scene with oxygen. Today, those dogs remain in “guarded” condition.

The dramatic scene unfolded around 2:40 Monday afternoon when emergency crews were called to a home on Pipers Brook Drive in Purcellville.

The single-story house had smoke coming out of it. Crews entered the home and found the kitchen on fire and extinguished the blaze.

No people were in the home, but four dogs were found trapped inside. Fire crews were able to rescue them and take them safely outside.

On the front lawn, emergency workers gathered around and gave the dogs medical care, including supplemental oxygen. They were then taken to be treated by a veterinarian.

Fire and rescue units from Purcellville, Hamilton, Round Hill, Philomont and Leesburg responded, as did Loudoun County Animal Services. The cause of the fire was determined to be a malfunctioning kitchen appliance.

The home reportedly belongs to a retired Army veteran. A GoFundMe has been set up to help him pay for the dog’s veterinary care and other expenses due to the fire. You can see that GoFundMe page here.

(Photo at top courtesy A. Hopkins)