A new restaurant in Ashburn specializing in Nepalese food has announced it will open its doors to the public starting next week. It’s called Himalayan Wild Yak and opening day is Tuesday, December 28.

As The Burn has previously reported, the restaurant has taken over a prominent spot in the Brambleton Town Center. It’s moved into the first floor of the space that used to be the Lost Rhino Retreat, next door to the Regal Fox movie theater.

Besides word on the official opening, we also have a look at the updated menu. The team at the Yak has been tweaking and refining the dishes they will offer.

Items include Crispy Kale, Grilled Yak, Butter Chicken, Tandoori Salmon and a Goat Curry. And the Warm Chocolate Cake dessert on the menu is is similar to the one served on Carnival Cruise Line ships, where the restaurant’s owner once worked. You can see some of the pages from the new menu below.

On Tuesday, the Yak will be open from 4:30 to 9 p.m. At some point, according to the restaurant’s website, it will expand to lunch and dinner hours, seven days a week. And in case you wondered — the large, stuff yak at the entrance is named Rocky. 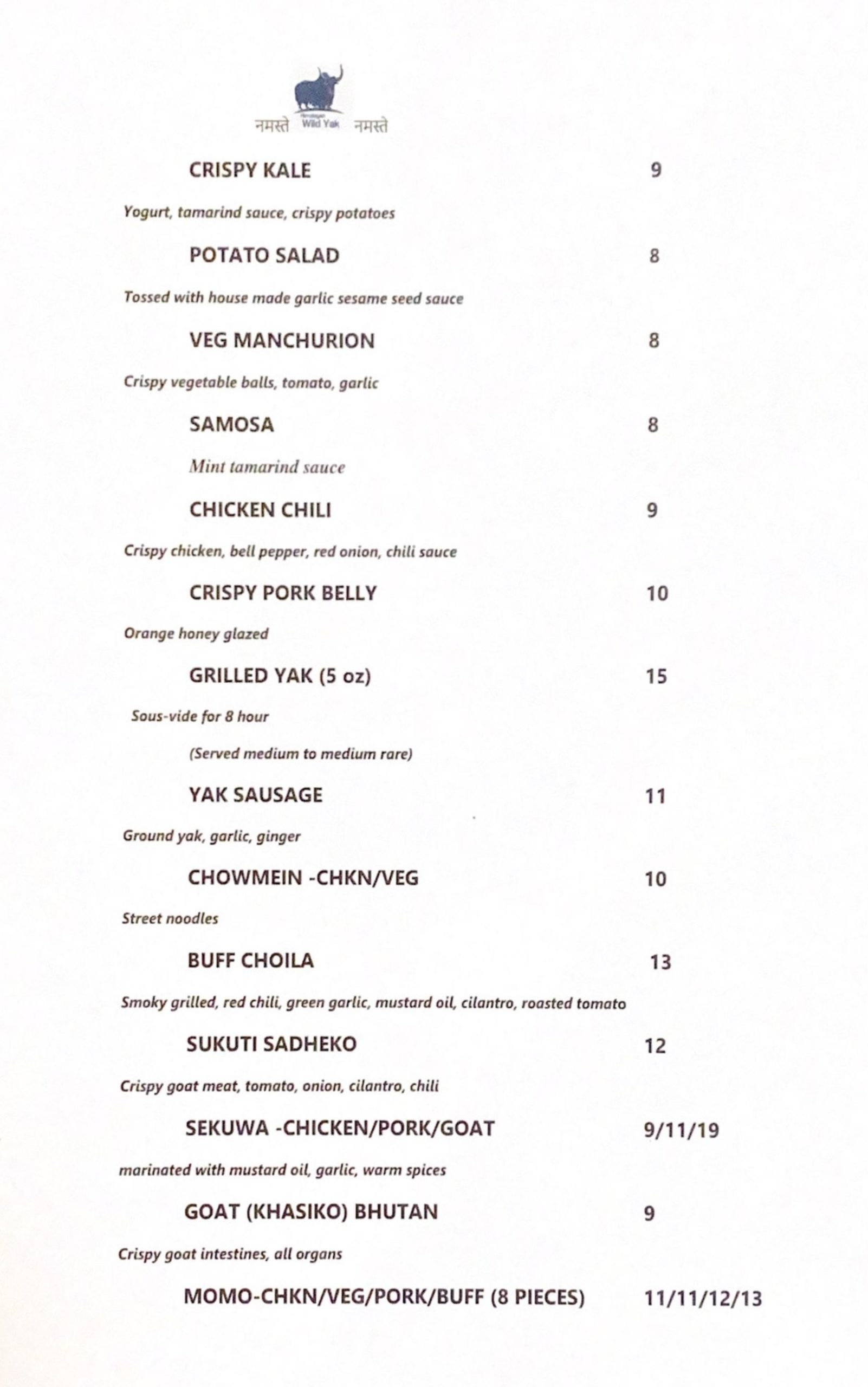 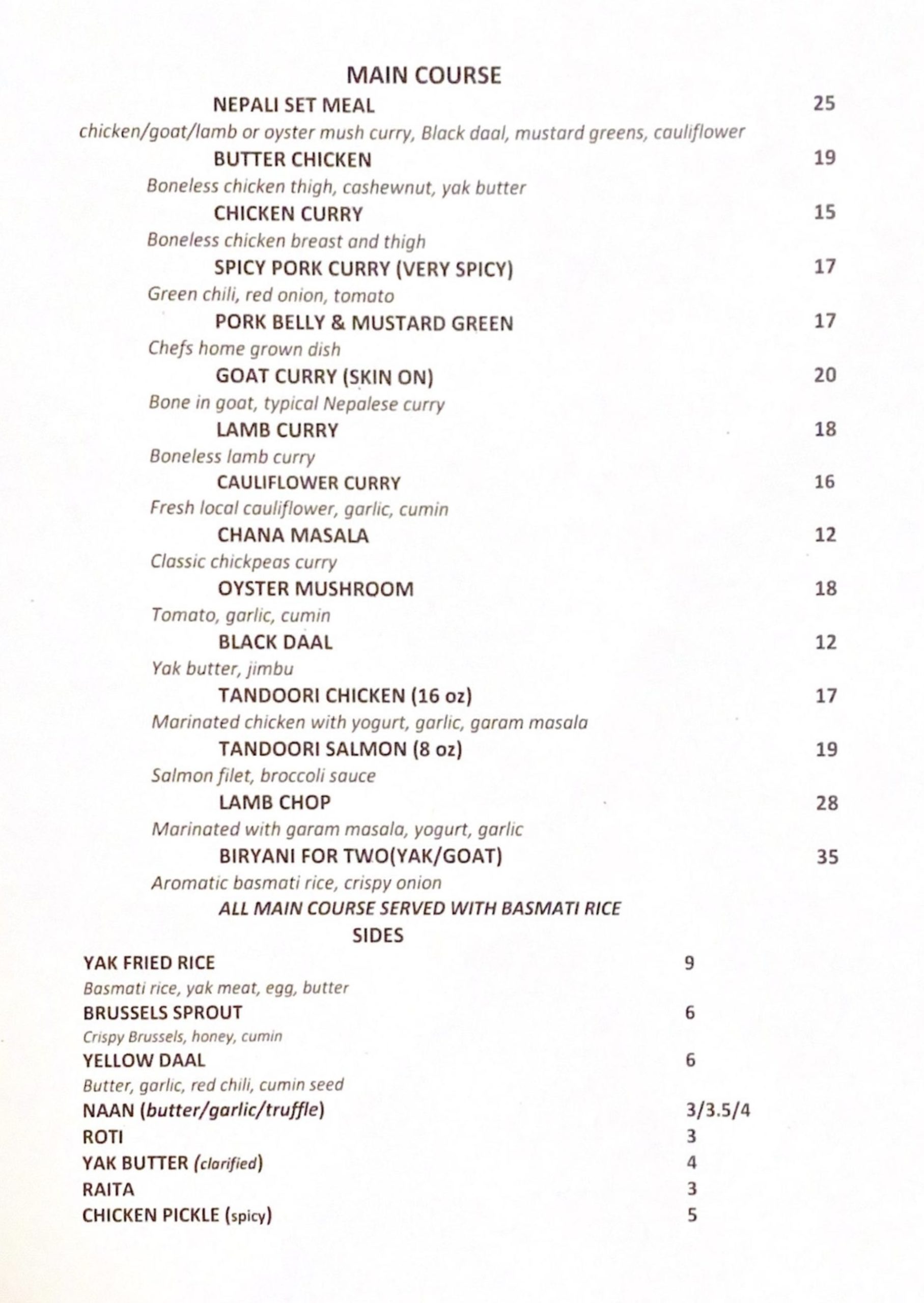 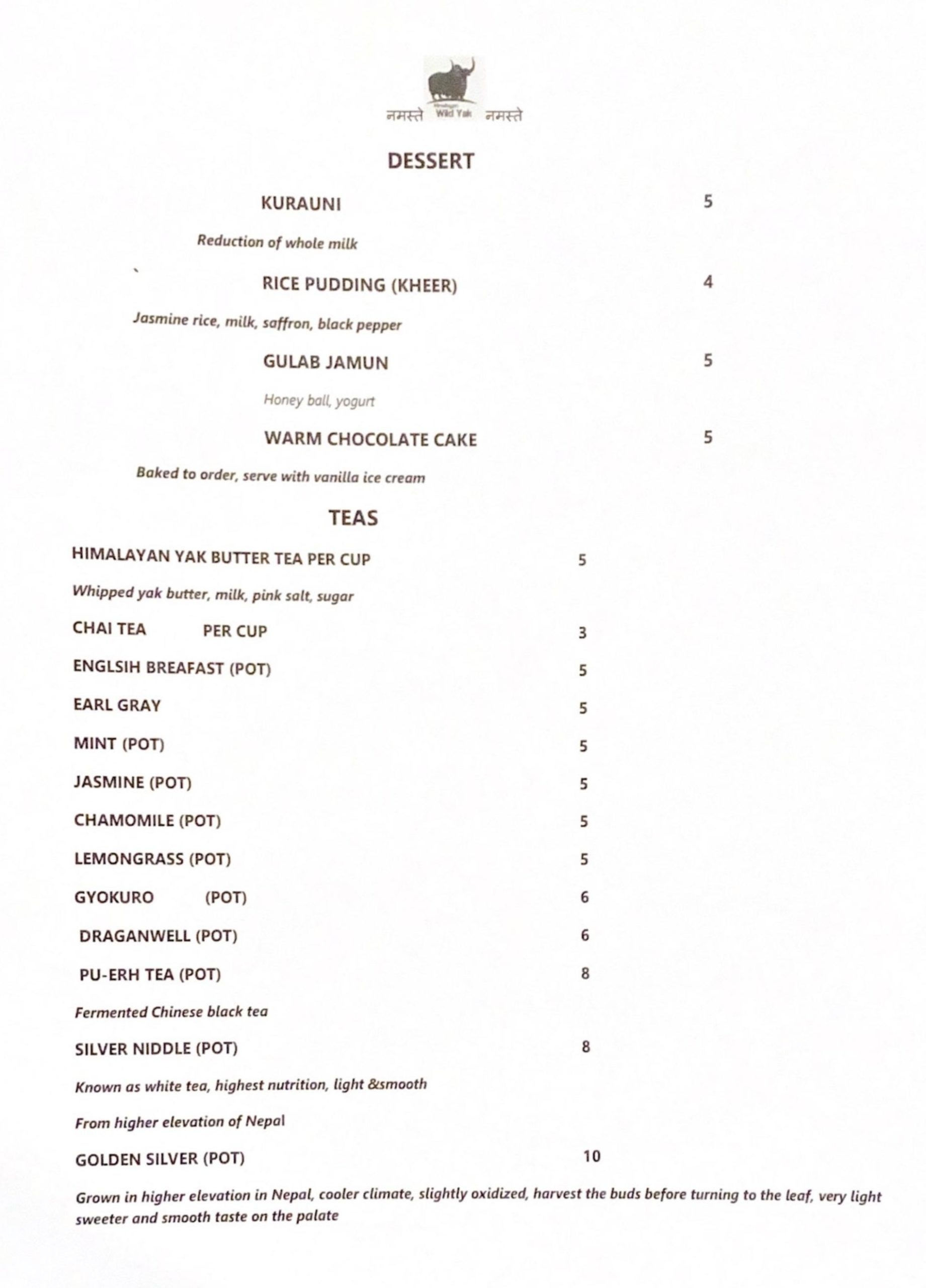