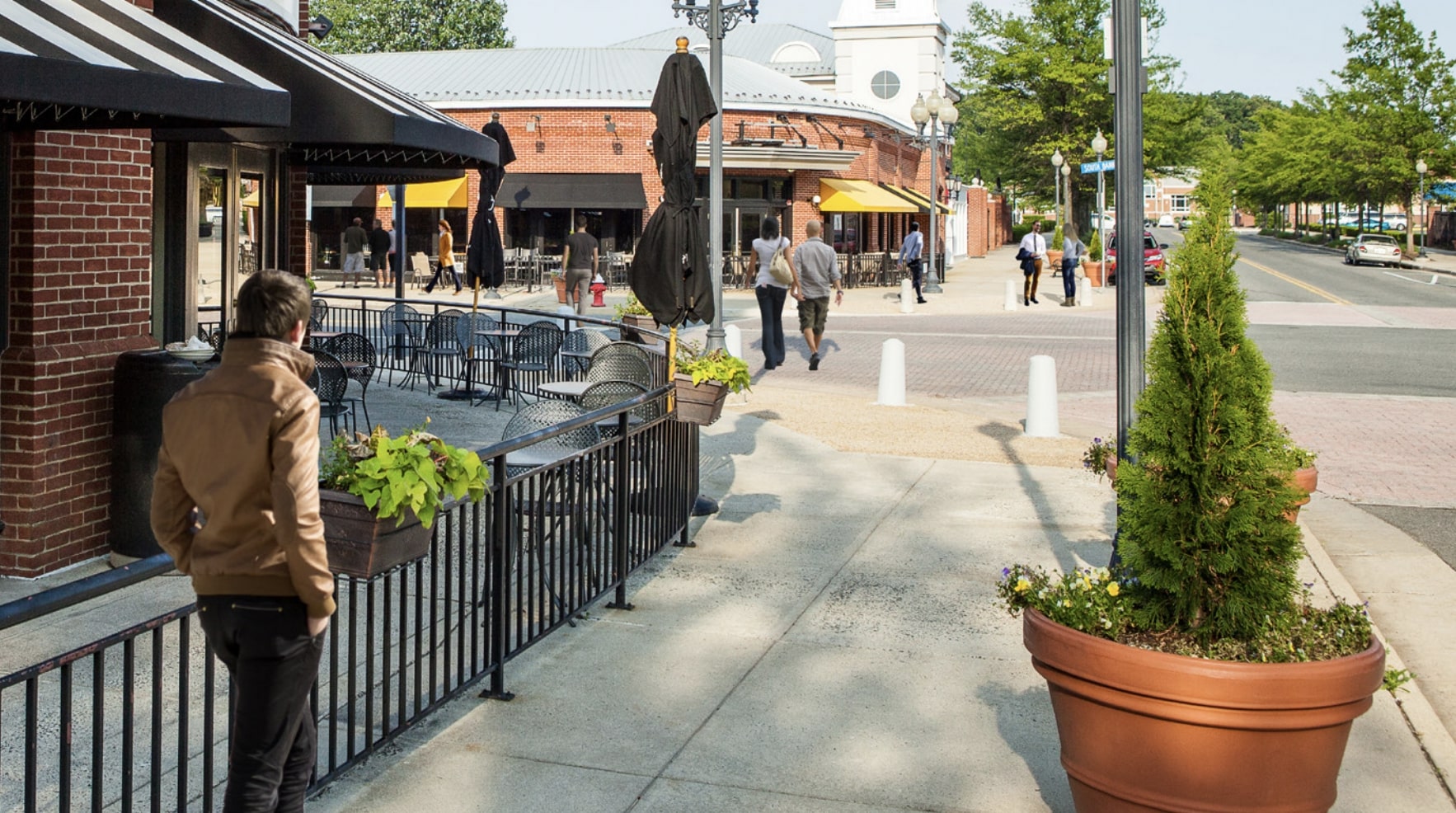 The long-struggling Cascades Marketplace shopping center in Sterling may be getting a new lease on life. Plans have been unveiled that would have the center getting a major makeover with the addition of new residential housing.

It was back in September that The Burn told readers about a new company taking over management of the property. At the time, the expectation was that something had to change. The current 400,000 s.f. retail-focused center wasn’t working.

In recent years, tenant after tenant has departed Cascades Marketplace. Pier One, Staples, Banner’s Hallmark Shop, Corner Bakery Cafe, Señor Tequilas, Boston Market, Noodles & Company and Baja Fresh are just some of the restaurants and stores that have left and most, if not all, of those spaces remain empty.

Now, a rezoning plan has been filed with Loudoun County that would basically divide the shopping center roughly into thirds.

One third — where the Giant grocery store is located — would remain a retail center. Another third would be cleared and townhomes would go up.  And the final third would feature a large apartment or condo complex.

It appears most of the retail buildings around the Giant as well as the core retail street where the McDonald’s, Starbucks and The Don’s Wood-Fired Pizza are currently located would remain. We also spot several new buildings — including one where The Pit Stop BBQ is located currently that could be a future drive-thru Starbucks location. Just a hunch.

And over where Gold’s Gym and Marshall’s are located in the northwest quadrant, the plans call for some 400 attached multi-family units — usually developer speak for an apartment or condo complex.

The filing indicates current tenants in the impacted areas would not be booted from the center, but rather the development would happen after existing long-term leases expire.

It’s important to note that the plans revealed in the documents are just preliminary. Nothing has been approved yet by the county. Right now, the developer is seeking to get the zoning restrictions on the property changed to allow residential units to be added to what was originally envisioned as a retail center. But as the developer points out in the filing, the retail center never lived up to its full potential.

(Archive image at top from Edens)