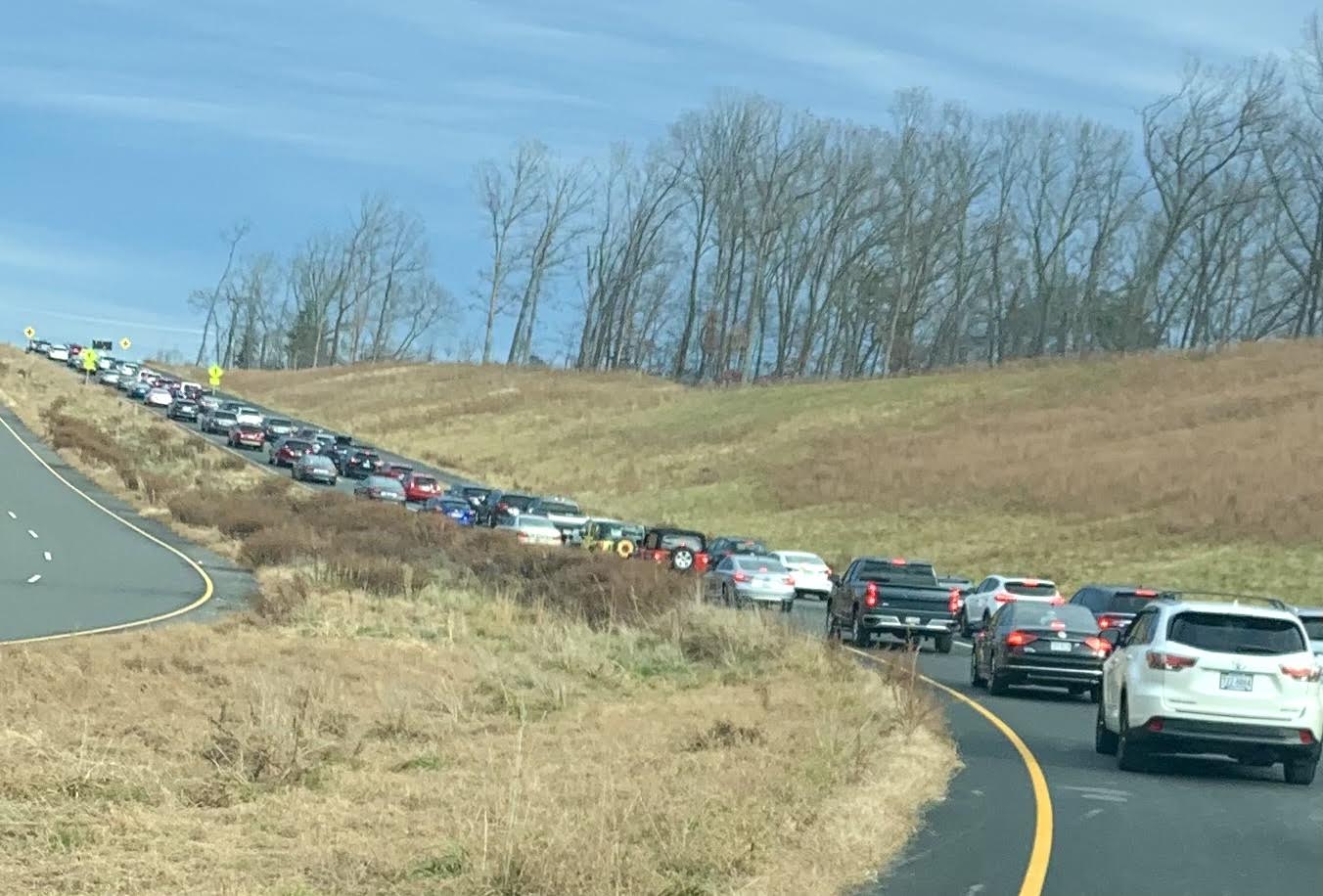 Quick traffic alert for folks out and about today. We are hearing multiple reports that Sycolin Road between Ashburn and Leesburg is extremely congested this morning. Traffic is heavy in both directions.

The reason is apparently a large Covid testing site set up at Bolen Memorial Park, which is just off Sycolin near the Leesburg airport.

Hundreds, perhaps thousands of people, have queued up in their cars as they make their way slowly towards the testing site.

One report says people headed to the event from Leesburg are being directed past Bolen Park in order to get in line from the Ashburn end of the line.

The testing facility at Bolen Park was scheduled to be open from 10 a.m. to 1 p.m. today — Tuesday, December 28 — but by 10:40 a.m., we received reports a text has gone out saying the Bolen Park testing event is now closed — likely due to the huge turn-out.

People in line are being told they won’t be turned away, but to expect a several hour wait.

According to the Loudoun County Health Department, the next Covid testing event is scheduled for December 30.

New brewery and restaurant in the works for Ashburn

First banner up at future Pupatella pizza in Leesburg