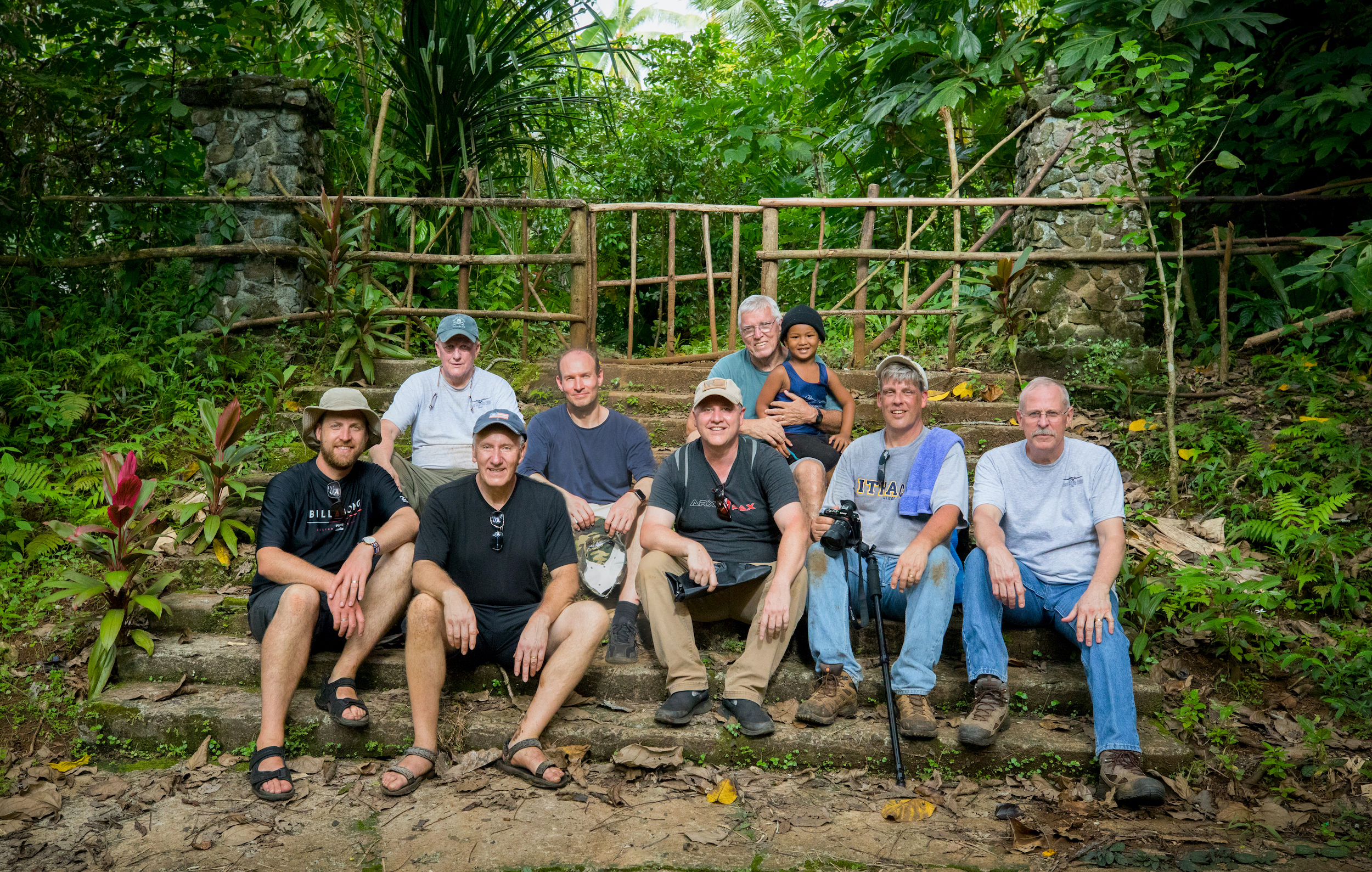 In October 2021, a meeting was held in a private dining room at the Clyde’s Willow Creek Farm restaurant in Ashburn. The men who gathered are part of a team that has been slowly and carefully assembled over two decades. They are a band of brothers devoted to solving one of aviation’s most enduring mysteries — a mystery that stretches around the world to the middle of the Pacific Ocean — and the quest has its roots right here in Ashburn.

It’s called The Hunt for the Lost Clipper.

THE ORIGIN
Over the arc of a long career, Guy Noffsinger has worn a lot of hats. Naval intelligence officer, photographer and videographer, NASA television producer and documentary filmmaker. But his latest endeavor feels like something more out of an Indiana Jones adventure.

Back in 2000, Noffsinger — who previously lived in Ashburn and currently lives in Purcellville — was a graduate student at the Joint Military Intelligence College in Maryland. He was working on his thesis, which was going to explore the search for famed missing aviator Amelia Earhart from the perspective of the Navy.

During his research, he came across a non-fiction book by author Charles Hill titled, “Fix on the Rising Sun: The Clipper Hi-Jacking of 1938.”

“I thought it was an amazing story that I had never heard before,” Noffsinger said. “I started going down a rabbit hole.”

Almost immediately, Noffsinger changed the focus of his thesis to explore what turned out to be a mystery stretching back to before World War II — the loss of the Pan Am “Hawaii Clipper” over the Pacific Ocean, with 15 souls on board.

Noffsinger started work on his new thesis 20 years ago — and it’s still not complete.

“I couldn’t get to the bottom of it. I couldn’t answer the questions,” he said. “I knew that I had to go investigate myself.”

And so, he did. Four trips so far to a remote island in the western Pacific. Along the way, he has picked up a team of fellow researchers and adventurers — including several men from Loudoun County — who are as determined as Noffsinger to solve the mystery of the Lost Clipper once and for all.

To read the full adventure of The Hunt for the Lost Clipper, including where the plane disappeared, the possibility there were saboteurs on board, and the clues found by the team based here in Loudoun County, click here and head over to the Ashburn Magazine website.