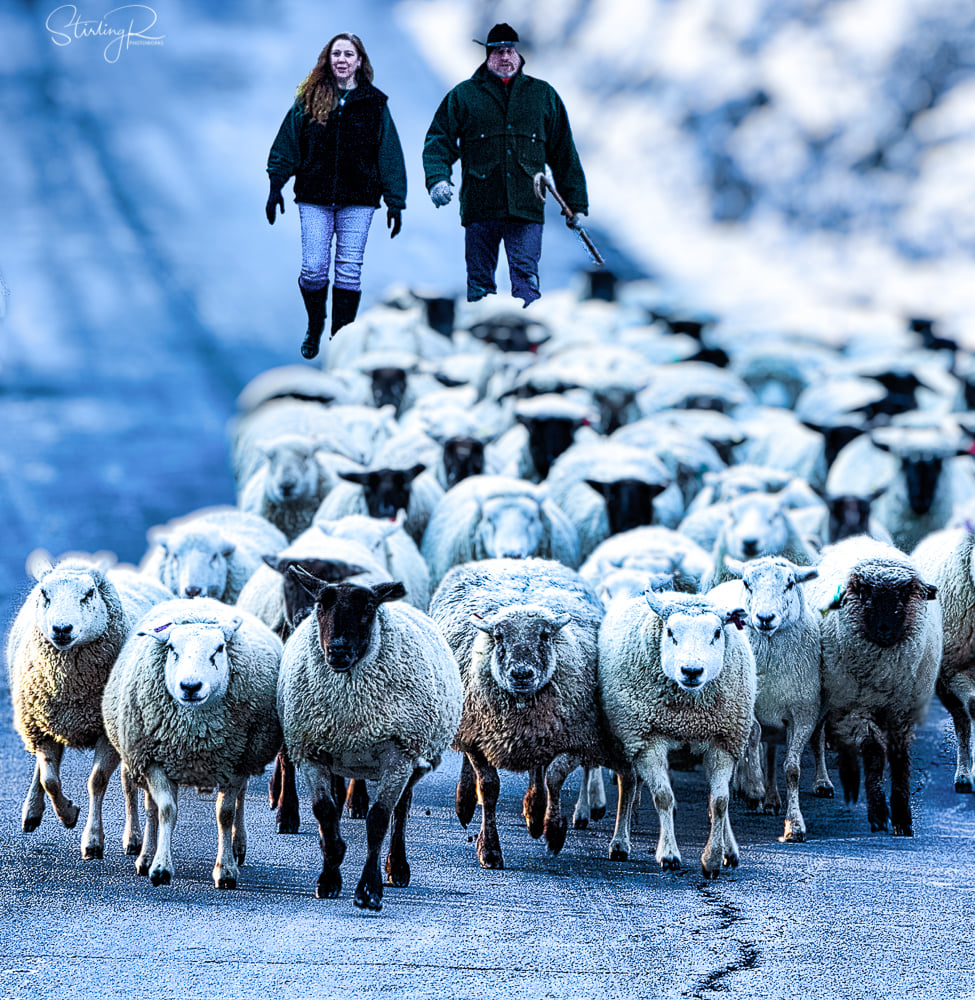 Each year, in early January, the Cochrans — husband Allen, wife Nancy and their daughters, Emily and Montana — bring the family’s sheep on a roughly two-mile journey from the pasturelands where they spend the fall to their home at Stone Eden Farm.

The pregnant ewes come home in order to have their spring babies. They will start giving birth in late January and the lambing season lasts several months.

The sheep are guided through the streets of Lincoln by border collies acting as herd dogs. Members of the family walk along with the sheep.

And it’s not just a flock of sheep filling the streets. Many locals turn out as do folks from further afield — drawn to the spectacle that harkens back to a simpler time and Loudoun’s agricultural past.

Professional photographers Stirling Rasmussen and Deborah Morrow were on hand and shared some of their images with The Burn. So did spectator Megan Calvert, who also recorded video (below). Thanks to them all.