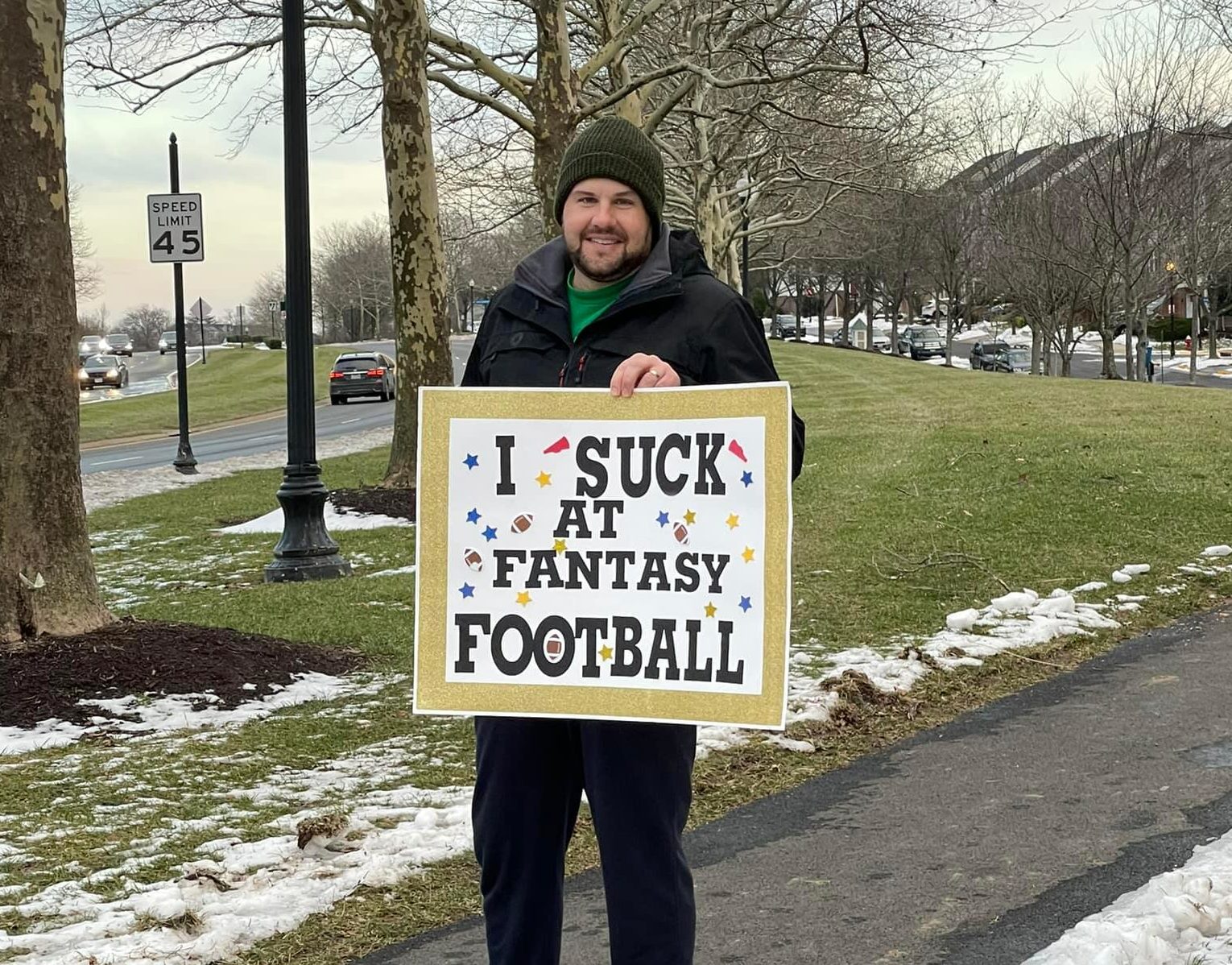 A South Riding man had a rough season in his fantasy football league — and his penance was a very public “humiliation.” He had to stand on a busy street corner in his community with a sign proclaiming he sucks at fantasy football. It’s The Burn’s Picture of the Week.

Tony Dobish is the good sport who played along with the gag. Here is how he explains how he ended up in this situation.

“The bet was (that) last place has to stand at a busy intersection for an hour holding a sign that says “I suck at fantasy football,” Dobish told The Burn. “I only won three games, had a terrible draft and didn’t really pay attention the first few weeks. Still, never thought I’d finish last. (It was) all in good fun (and) I wanted to own up to it. The neighbors had a blast with it, (gave them) a good laugh. Some people stopped by, took pictures (and) were texting me. Very kind response overall.”

Dobish did his duty on Wednesday, January 19, at the intersection of Tall Cedars Parkway and South Riding Boulevard. He was out there from around 4:45 to 5:45, when the temperatures got up near 50º. 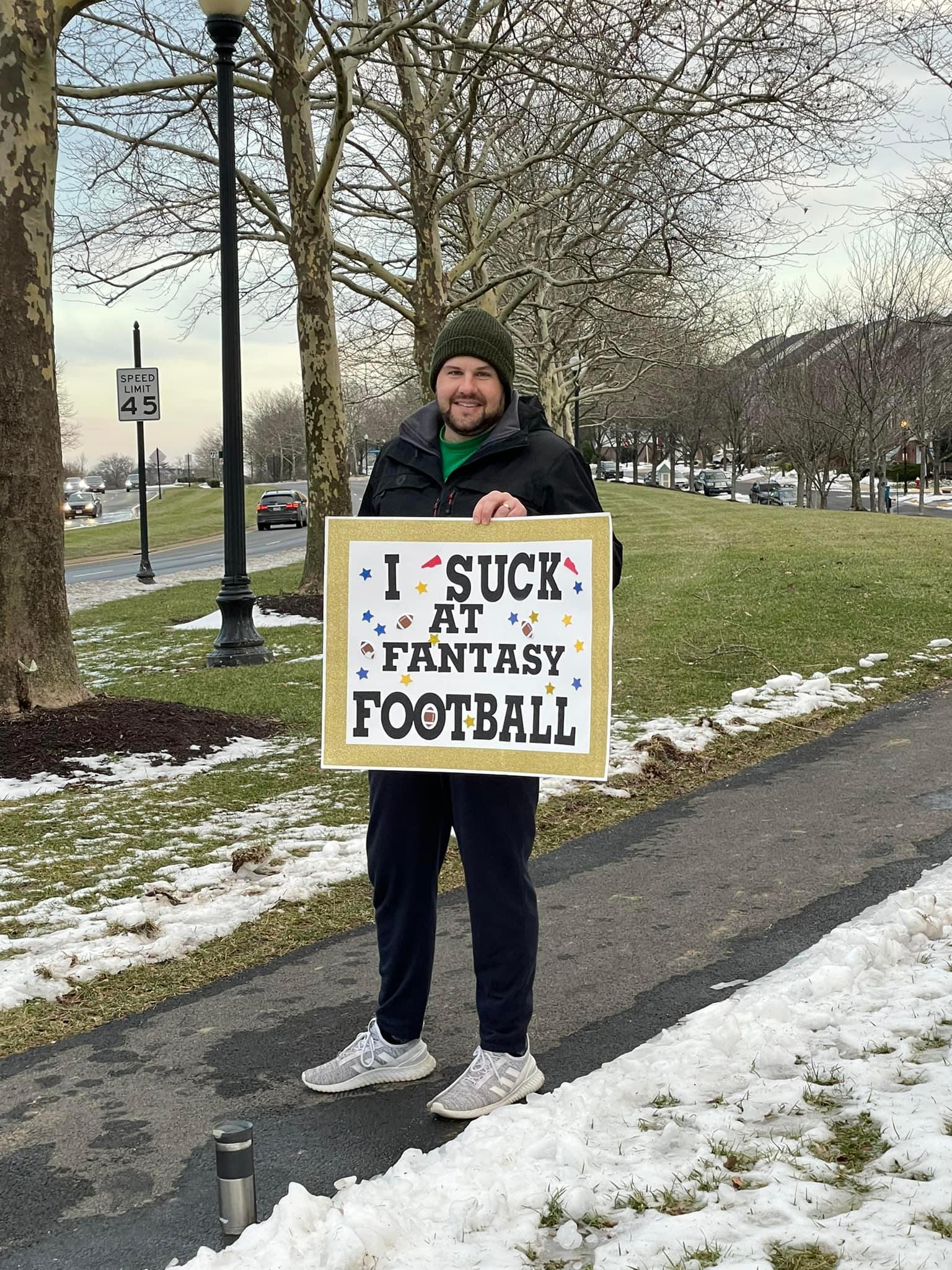 Dobish’s public shaming was amplified when he went live on his social media accounts during his time on the street corner. And his wife, Melanie, shared the photo of him with the sign on a widely-read South Riding Facebook page.

“My wife and daughter lovingly made the sign,” Dobish said. “It was a recurring joke all season. Every time I lost, they said, ‘Better start making that sign.'”