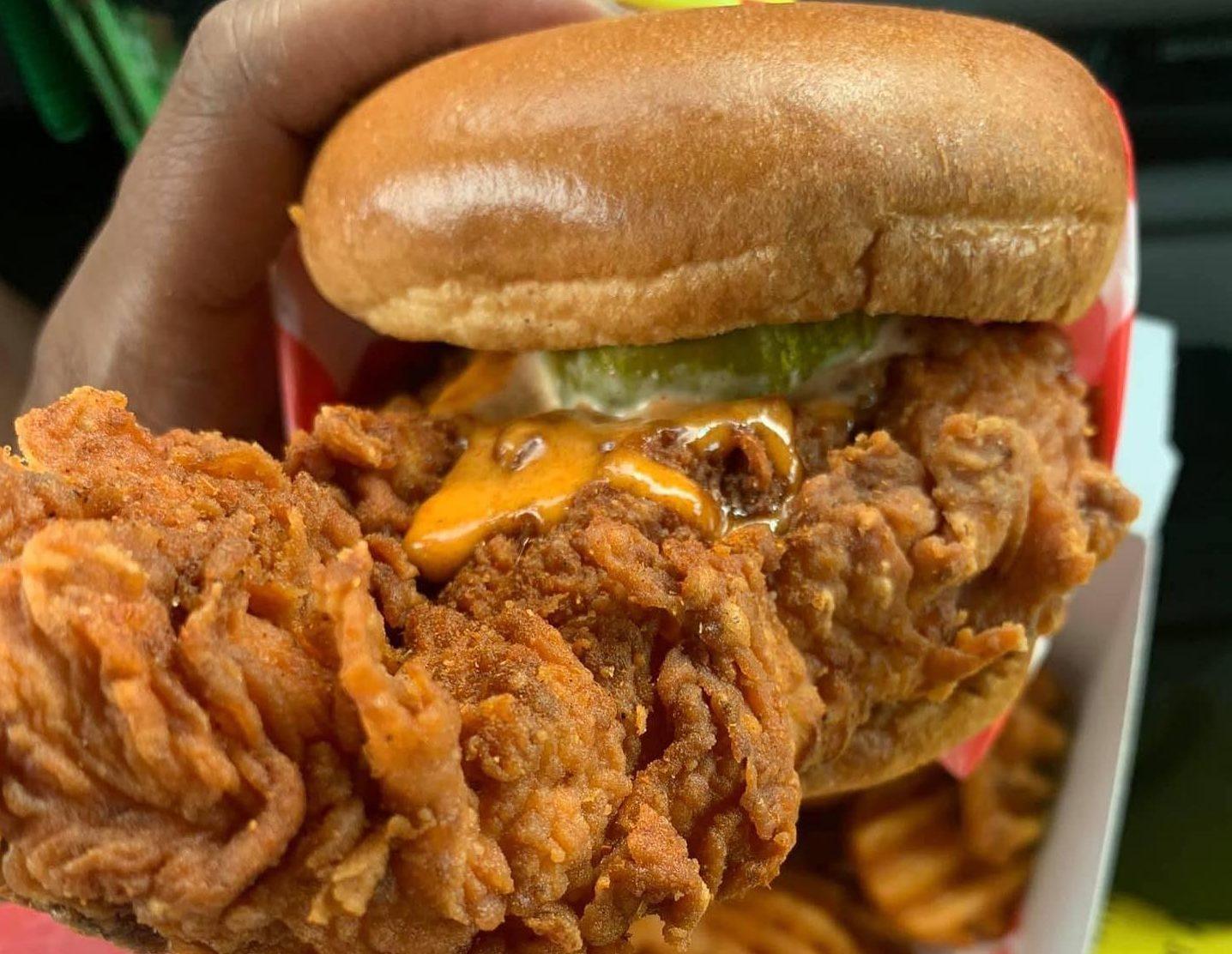 Hangry Joe’s, a new Nashville Hot fried chicken sandwich restaurant, opens its doors this Monday — January 31 — in Herndon. It can be found in the Worldgate Center shopping plaza just off 267 at Centreville Road and Worldgate Drive.

You can get your chicken at five different levels of heat, including the maximum known as “Angry Hot.” where you have to reportedly sign a waiver. You can see the full Hangry Joe’s menu here.

As the area’s leading source for fried chicken news, The Burn first broke the news about Joe’s plans for Herndon last May. The new brand debuted last year in the Richmond area and opened a second store in Fairfax. Herndon is No. 3.

The owner and founder of the Hangry Joe’s brand is Derek Cha, who also founded the Sweet Frog froyo brand. He has plans for additional Hangry Joe’s locations throughout the region — although nothing announced for Loudoun so far.

It will be interesting to see how Hangry Joe’s compares to Wooboi Chicken, another hot chicken sandwich restaurant with locations in Herndon and Alexandria that has built quite a following in the region.

Burning Question: Why is Northstar spelled differently on street signs?