Hiking the entire Appalachian Trail is something many people muse about as a “bucket list” item, something to daydream about. But Sierra Wharton turned that daydream into a reality.

On Sept. 28, the Ashburn native climbed Mount Katahdin in Maine, stretched out her hand and touched the iconic sign that marks the trail’s northern terminus.

“I made the final climb and then just stood there staring and sobbing for a few minutes before I could bring myself to touch it,” Wharton said.

Wharton, 25, completed the 2,193-mile journey in exactly 200 days. To reach Mount Katahdin, she hiked through 14 states, from Georgia to Maine.

The Appalachian National Scenic Trail — AT for short — is the longest hiking-only footpath in the world. More than 3,000 people try to “through-hike,” or complete, the trail each year, but only a quarter of them actually finish.

WHEN ONE DOOR CLOSES

Hiking the AT was not always in Wharton’s plans. Less than two years before reaching Mount Katahdin, she was fulfilling her life-long dream as a Peace Corps volunteer in Ecuador.

“I had been preparing to serve in the Peace Corps since high school,” said Wharton, who attended Mill Run Elementary, Eagle Ridge Middle School, and Broad Run High School in Ashburn.

She was hired by the Peace Corps before graduating from John Cabot University in Rome, Italy, in 2019.

Wharton’s ambitions crumbled in March 2020 in the midst of the worldwide response to COVID-19. She had just completed 10 weeks of Peace Corps training in Quito, Ecuador, and was about to be stationed in the city of Guayaquil when bad news came — the program was canceled, and the volunteers had to go home immediately.

Within 24 hours, all transportation routes were shut down. Wharton’s group caught the last flight out for American civilians.

“I was heartbroken,” she said. “Once I realized the gravity of the situation, I knew we weren’t going back anytime soon.”

During the shutdown, Wharton worked at Blend Coffee Bar in the Broadlands. “I thought about the AT while at the coffee shop,” she said. “It finally sunk in just how much life had changed, so I decided to just take a walk while the world was ending.” 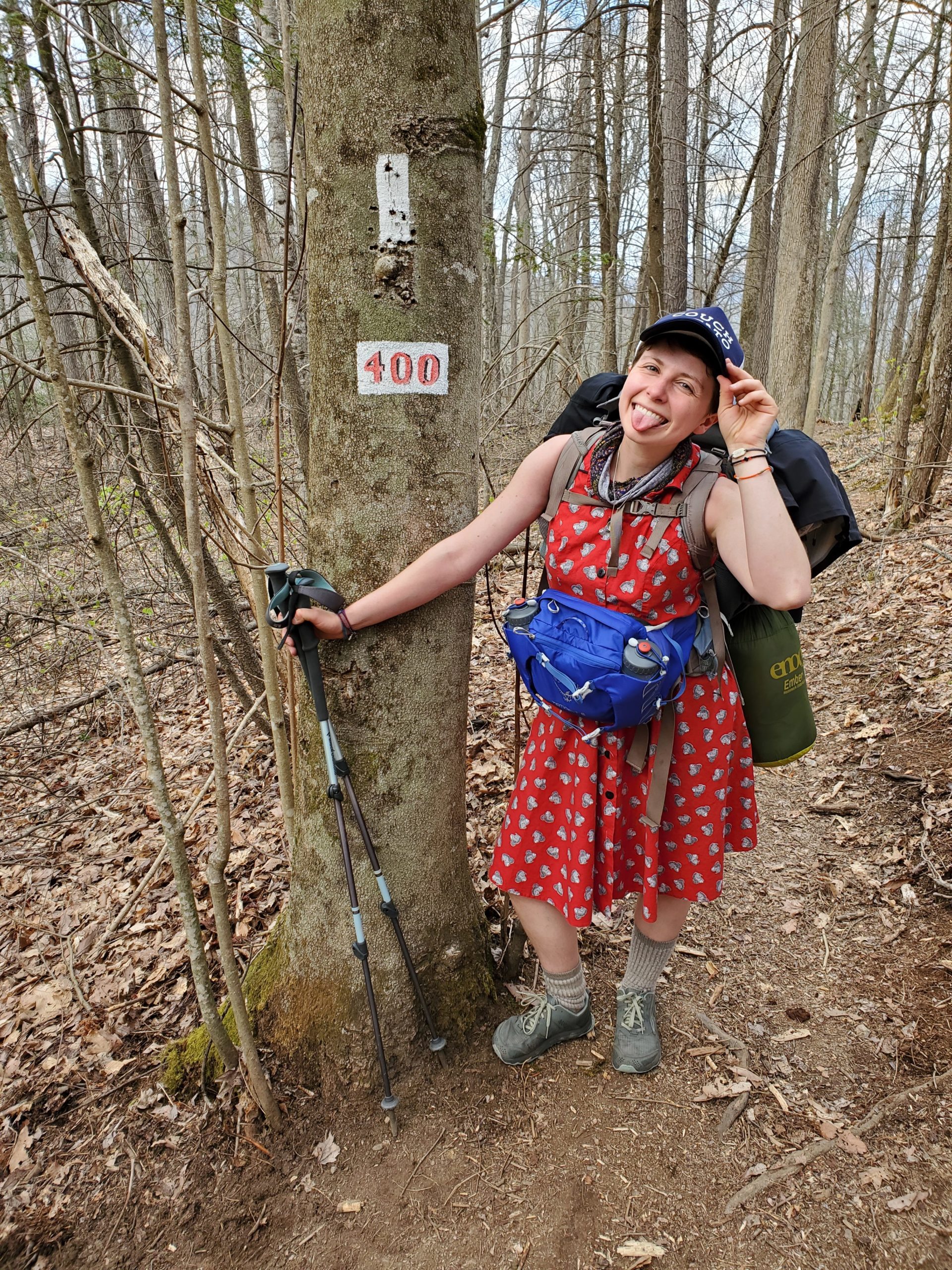 To read the rest of the story, including the unusual choices Wharton made when it came to her gear, the interesting people she met along the way, and one of the hardest parts of the hike — “40 miles of misery” — click here and head over to the Ashburn Magazine website.