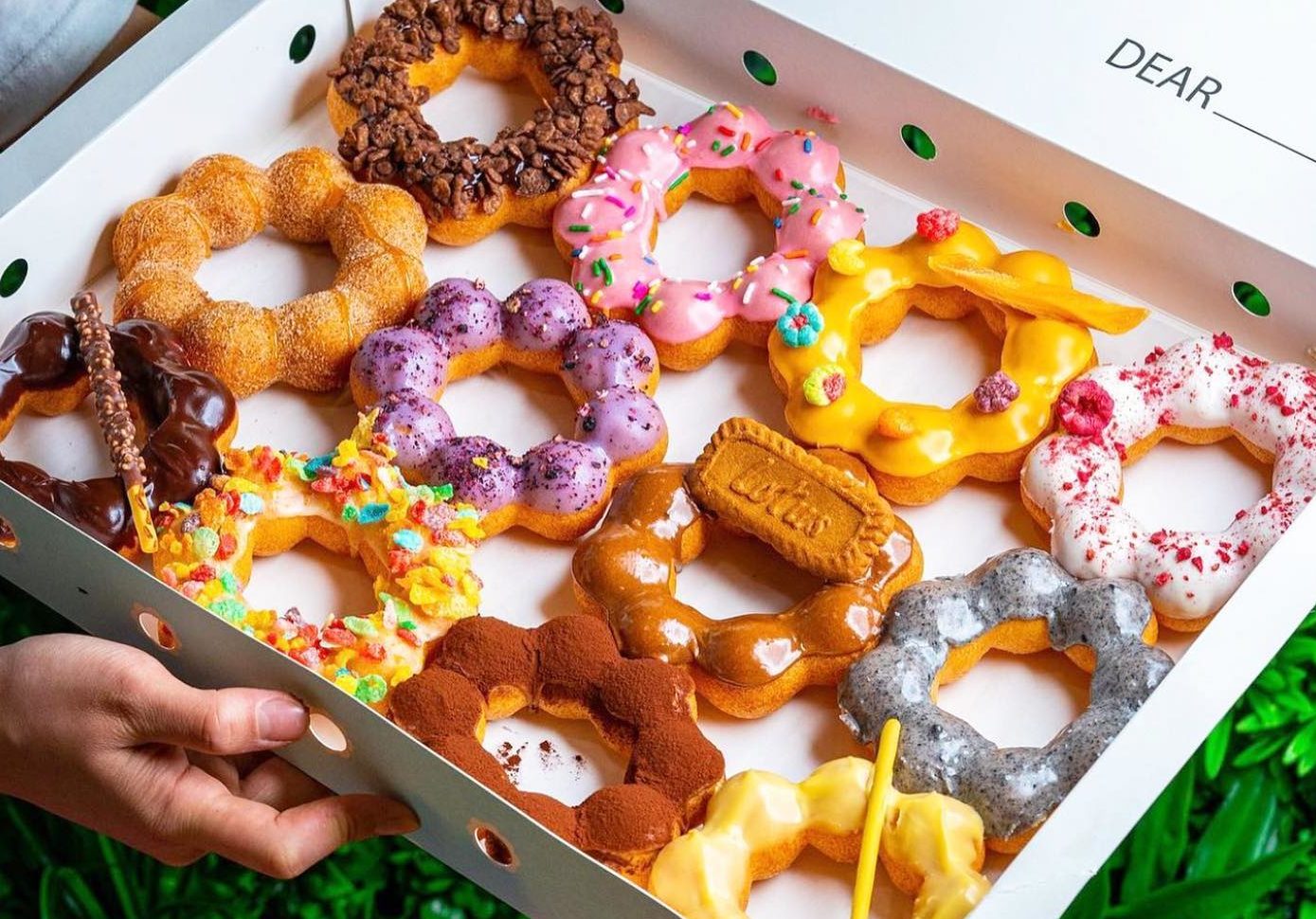 Mochinut, a part donut shop/part hot dog shop, has opened for business at the Village at Leesburg center off Route 7. It’s the first Loudoun County location for the fast-growing international chain.

Technically, it’s a soft opening phase for Mochinut, but when The Burn stopped by Monday, the new take-away eatery was already busy with customers streaming in and out.

Mochinut mixes Japanese rice cakes (mochi) with American-style donuts. The unusual pastry was reportedly invented in Hawaii, a state known for its mix of American and Japanese influences.

The mochinuts, which sort of resemble a teething ring used by infants, are then topped with a variety of both familiar and unfamiliar glazes and toppings.

They have chocolate, strawberry and cookies & creme, but they also have taro, matcha, pistachio and black sesame.

Mochinut also offers a line-up of Korean-style hot dogs. These hots dogs are served on a stick, like a corn dog, and come enveloped in coatings that includes potato, crispy ramen and hot Cheetos. You can see the full Mochinut menu here.

The Burn first told you about Mochinut coming to Leesburg last September. The brand — which has locations in South Korea and Thailand — has 50+ locations open in the U.S. and more in the works across some two dozen states.

There are four locations in Virginia so far, including Leesburg, Annandale, Centreville and Richmond. A fifth store is in the works for Reston.

Meet Ashburn’s new rep on the besieged Loudoun School Board