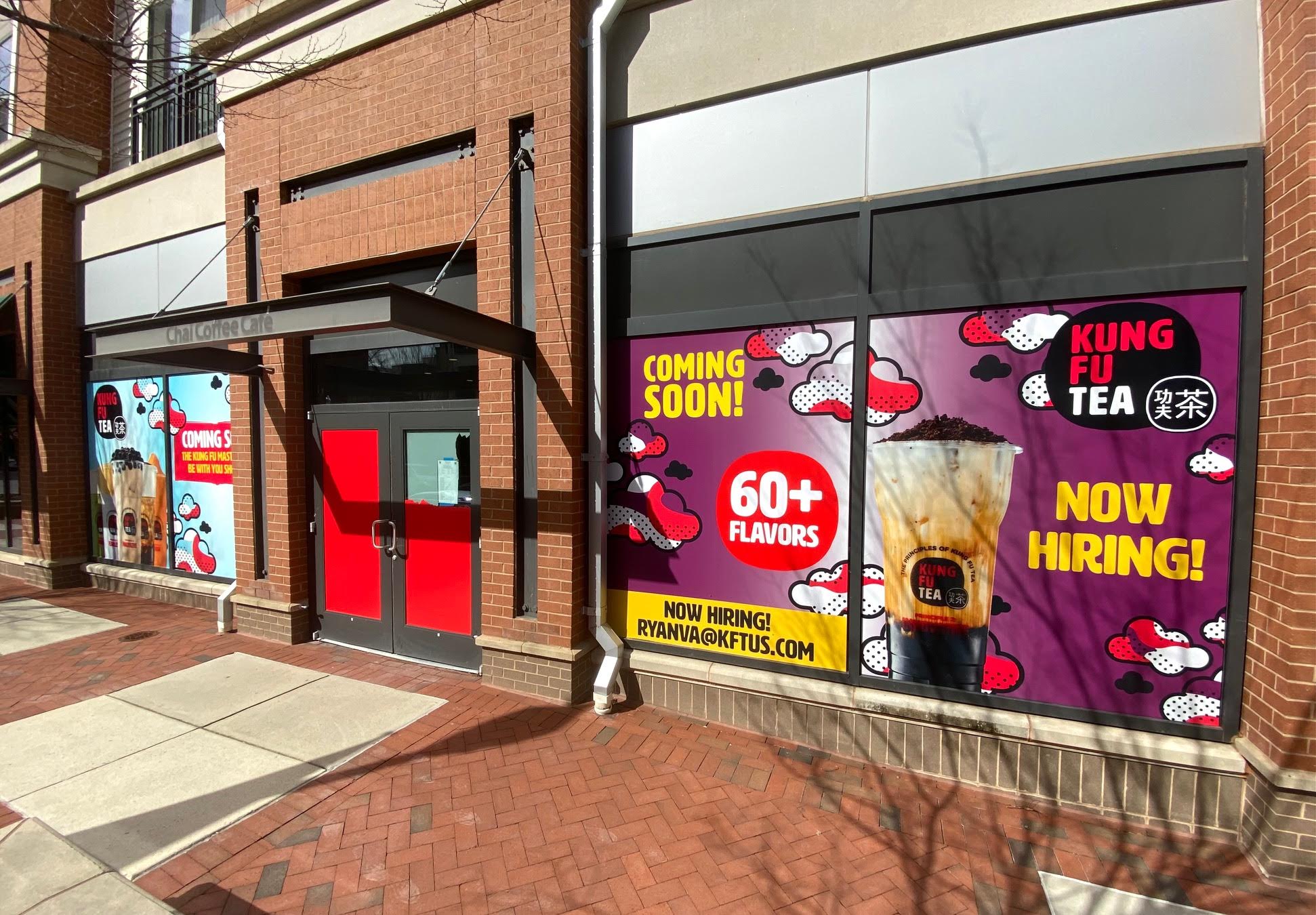 Large window clings are in the windows at the future KFT space. It’s the spot that formerly housed the Chai Coffee Cafe coffee shop. Work on the space has started as well.

The Kung Fu Tea brand, which is growing rapidly around the country, has also previously announced they are working on locations on Diamond Lake Drive next to the Lansdowne Town Center, another location at the Ashburn Village Shopping Center, and yet another at the Dulles Landing shopping center near Highway 50 and Loudoun County Parkway in the South Riding area.

That’s four new stores in the works, along with the two existing locations in Loudoun — in Sterling at the Clock Tower Center, and at the Dulles Town Center shopping mall.

The menu at Kung Fu Tea features bubble teas — a tea drink that usually comes with chewy tapioca balls at the bottom of the cup — as well as milk teas, slushies and a variety of other unique drinks. You can check out the full Kung Fu Tea menu here.

Now that work has started on at least some of the new locations, we’re waiting for details on when these stores might start opening. We’ve got messages into the KFT HQ in NYC for more details.