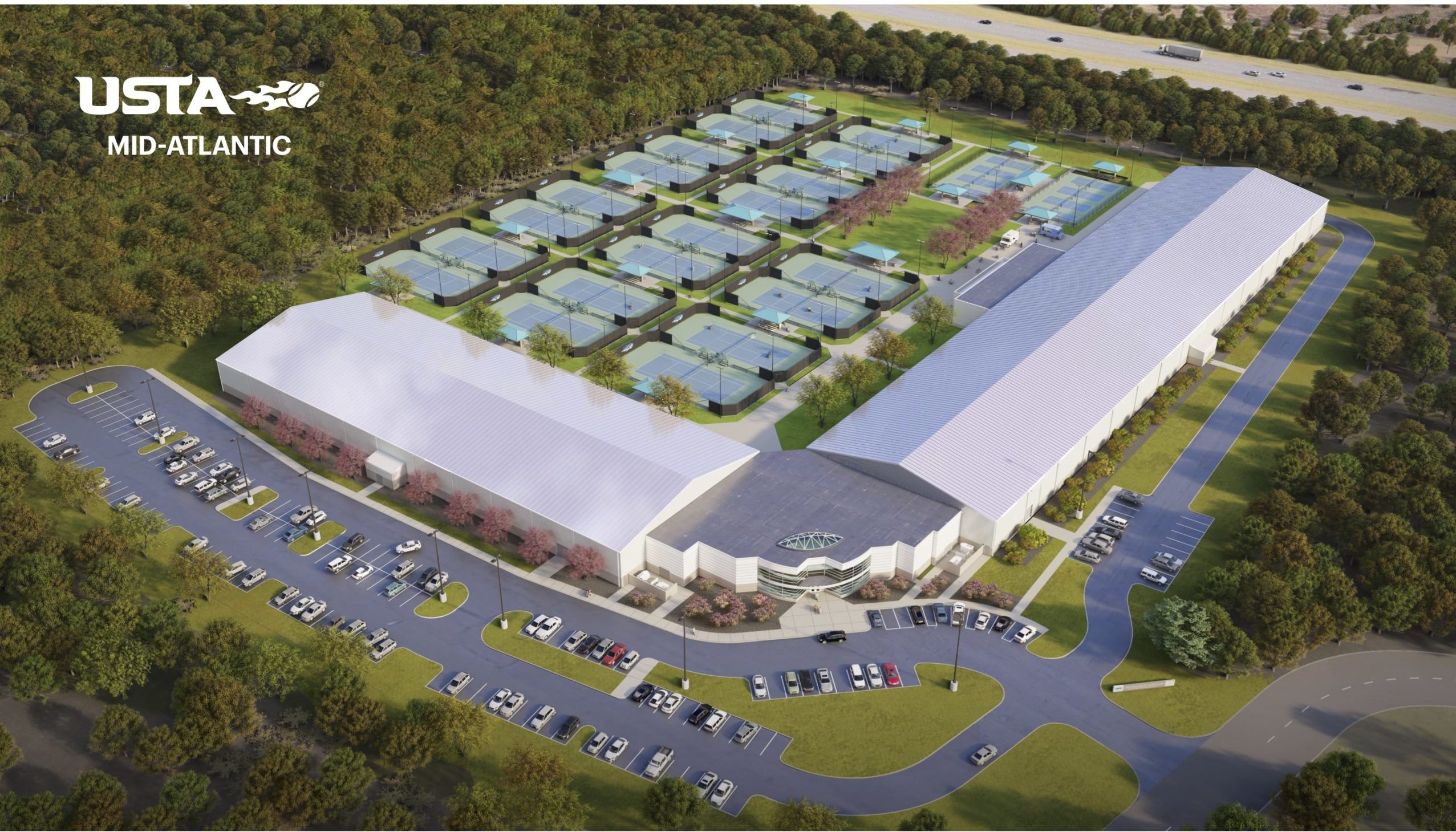 The Mid-Atlantic branch of the United States Tennis Association joined with local leaders today to announce plans for a giant tennis facility in Loudoun County. While the final location is not locked in yet, they are currently looking at a location along the Greenway in the Leesburg area.

According to online documents, the center appears as a recreational section of the Village at Clear Springs development proposed for the land immediately south of Heritage High School, between 267 and Evergreen Mills Road.

Besides programs for locals, the tennis campus will also host tennis tournaments and events bringing in visitors from around the country and internationally as well.

“USTA MAS anticipates that the tennis campus will be a top venue to draw regional, national and international tennis events that will engage fans and players from across the country and beyond,” read the press release. “The organization estimates hosting more than 50 annual tennis events and projects more than 78,000 event attendees. Coupled with daily tennis programming, tournaments and community events the campus is estimated to contribute $8.5 million in economic impact annually.”

The Village at Clear Springs plans are currently still under consideration by county officials, but we’re told that the USTA is committed to building the tennis campus in Loudoun County, regardless of which location is ultimately chosen.

The tennis facility will cost roughly $42 million to build. The timeline has it opening to the public sometime in 2025.

SafeSplash Swim School on its way to Sterling