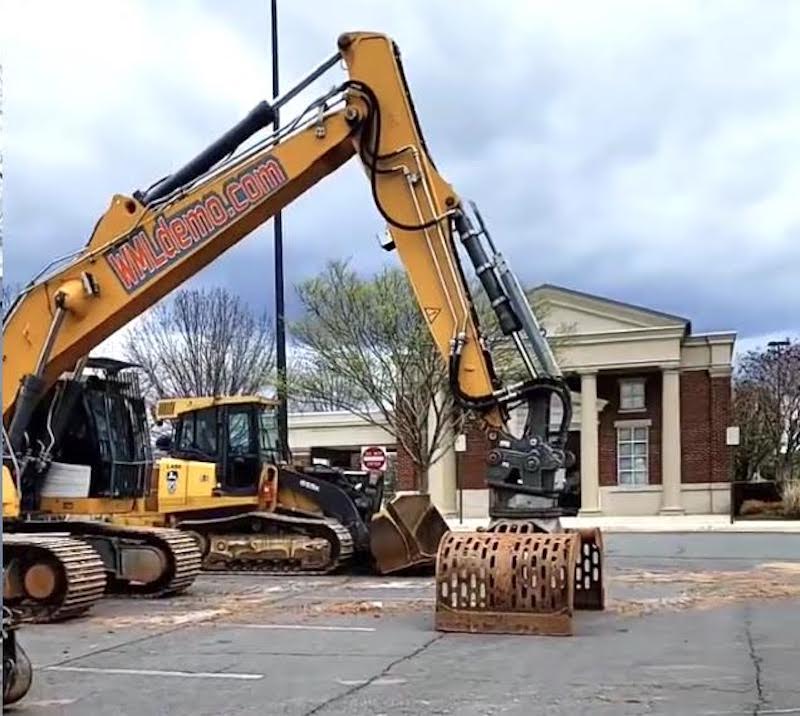 At long last — the day has arrived. Work has started on the site that will become the first Raising Cane’s location in Loudoun County, and perhaps the first in all of Northern Virginia. 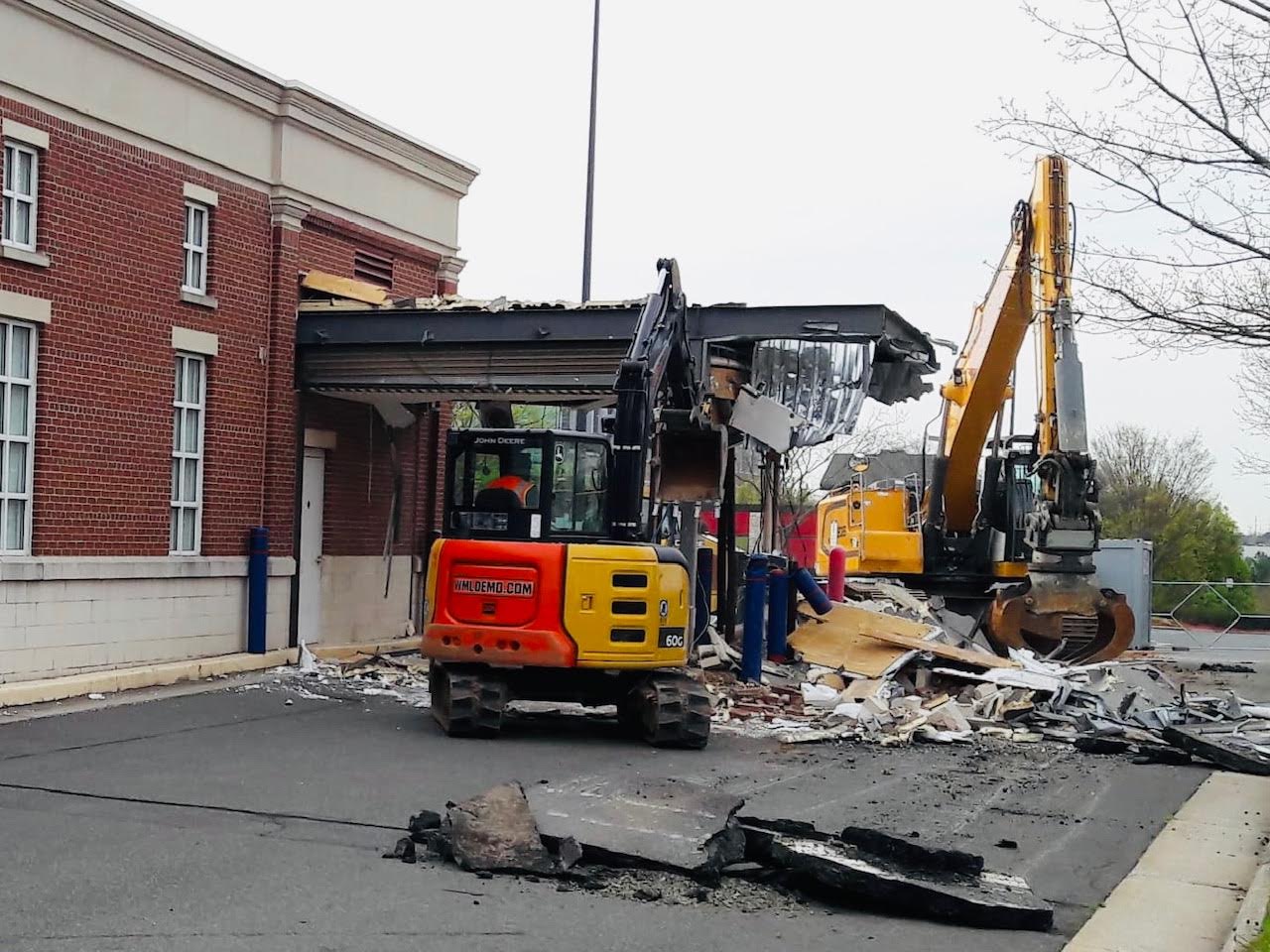 Local chicken finger fans have been eagerly awaiting some sign of progress ever since The Burn broke the Cane’s news back in September 2020. (See our original story here.)

Now, the Sterling-based WML Demolition & Contracting has started the work to tear down the former Capital One bank building at the Dulles Eastern Plaza off Atlantic Boulevard in Sterling.

That’s the same shopping center with the Chili’s restaurant, a Best Buy, a World Market, a McDonald’s and many other businesses. It’s across the street from the Walmart, Sam’s Club and Lowe’s Home Improvement store.

Several large backhoe-type pieces of equipment began knocking down the drive-thru lane of the former bank Wednesday morning, and inside work has begun to strip the remaining Cap One fixtures.

If the project progresses along a usual path, once the bank building is gone, site work will be done to get any underground utilities in place for the new restaurant. Once the site or pad is ready, construction will begin on the new building.

The Raising Cane’s is expected to include a drive-thru as well as an indoor dining room and an outdoor patio. 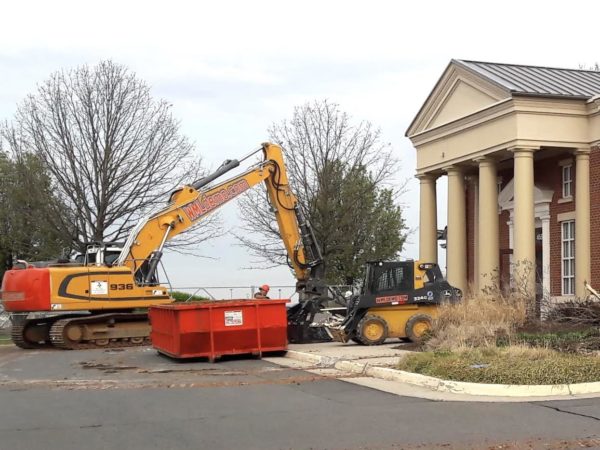 Raising Cane’s was founded in Baton Rouge, Louisiana in 1996. Its menu is straightforward, focused on chicken finger combos and chicken finger sandwiches.

Sides include crinkle-cut fries and Texas toast, and iced tea is the signature beverage.

The chain has since grown to more than 600 locations. There are several in southern and central Virginia, in Charlottesville, Richmond and Norfolk.

Now the brand has announced plans to move aggressively into NoVa. A number of locations around the region are reportedly in the works. No word yet on when the Sterling location will open or whether it will be the first to make it to opening day in our market.

Another tenant signs on for new One Loudoun retail block