A new Wawa gas station and convenience store opened in Loudoun this morning. It’s the second location for the popular brand in the county.

The Wawa can be found on the northeast corner of Gloucester Boulevard and Russell Branch Parkway. That’s just off the exit from State Road 28.

The grand opening event included dozens of local Wawa employees as well as many representatives from the company’s regional and corporate divisions.

Wally Goose, the Wawa mascot was also on hand. 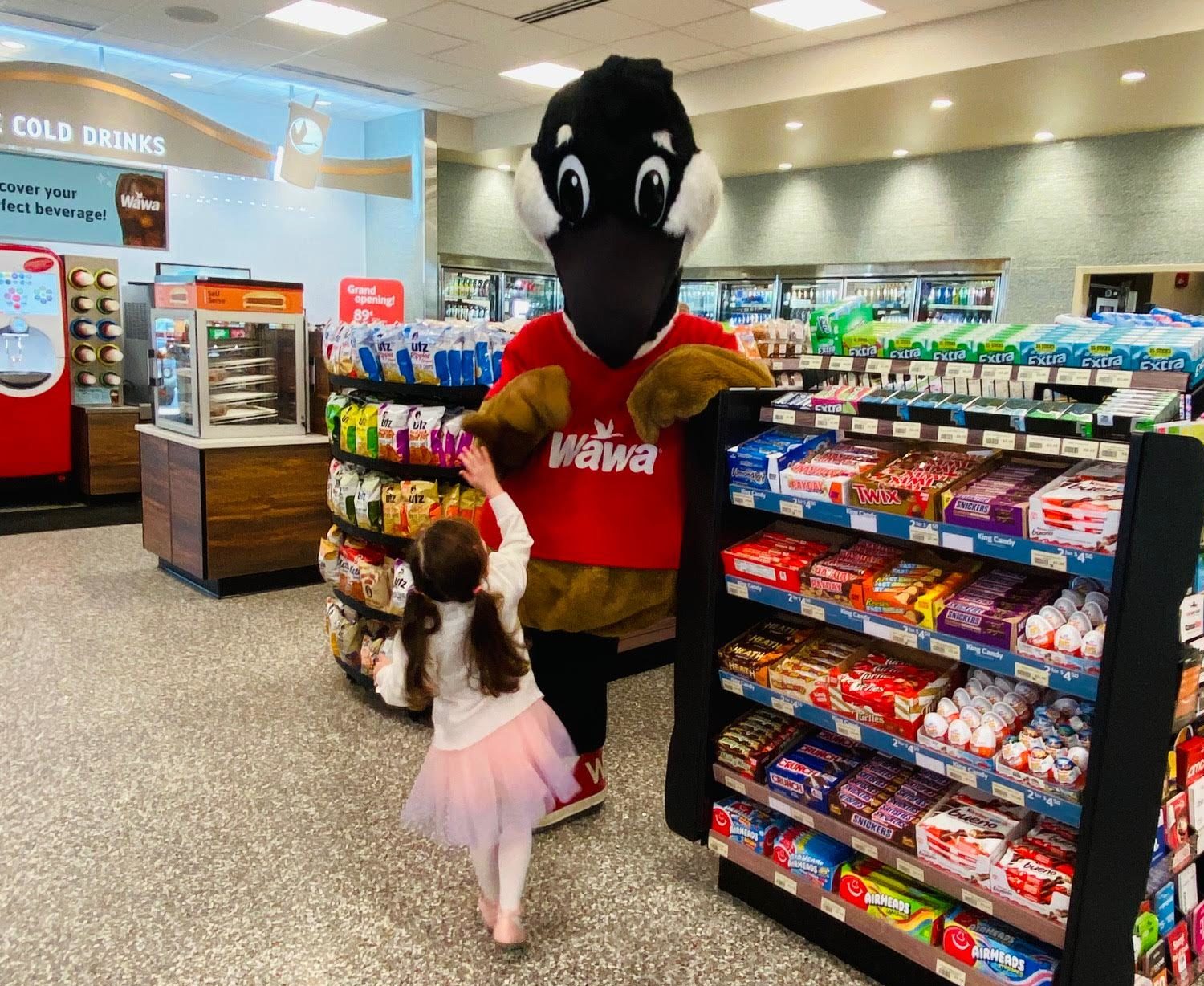 There were a bunch of personnel present from the Loudoun County Sheriff’s Office, Loudoun County Fire and Rescue, and the Kincora Fire & EMS station right next door.

Wawa has a program called Hoagies for Heroes, which sees members of the various agencies competing to build a hoagie (sub sandwich) the fastest. Monetary donations are made to each agency.

Wawa’s hoagies have a large fan base and the brand says it sells up to 80 million of the sandwiches each year. The new Sterling store includes a “fresh food” kitchen offering hoagies, breakfast sandwiches, baked items, and more.

There are 16 fueling stations outside.

The Sterling location will employ roughly 40 people. According to the company, this is the ninth Wawa store to open in 2022, out of 54 projected openings nationally.

The first Wawa Food Market opened in 1964 and now there are more than 900 locations, including nearly 100 in Virginia. The one other location in Loudoun is on Oakgrove Road at State Road 606.