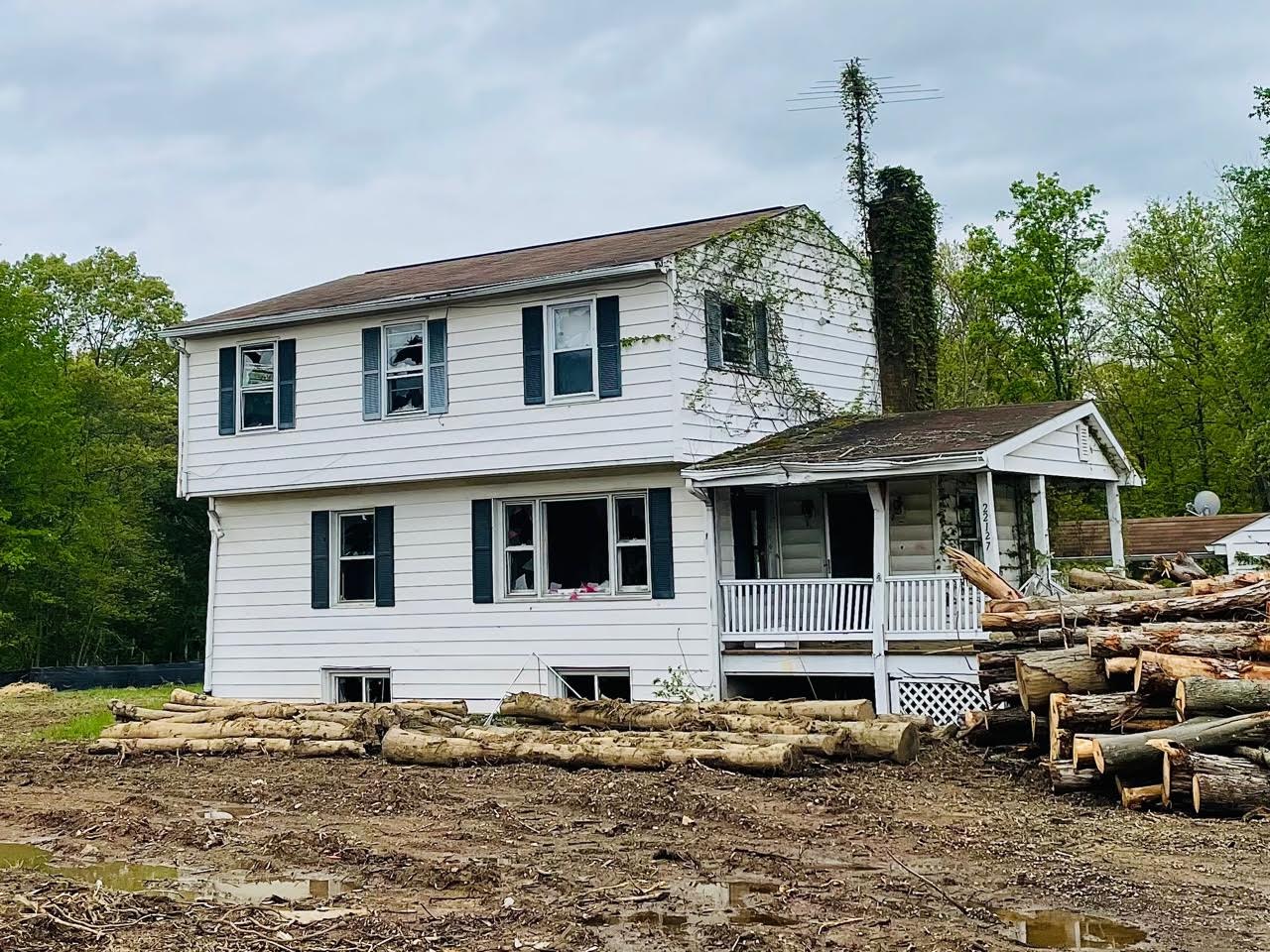 What’s up with NoHo Hank’s stash house on Belmont Ridge Road at Cochran’s Lock? Why haven’t they torn that down? Many people have speculated that druggies have squatted there. Inquiring minds want to know. — Greg S.

Wow, that’s a lot to unpack, Greg, but there is an interesting answer behind your question. Let’s break it down and try to answer it.

First, nice reference to NoHo Hank from HBO’s dark comedy “Barry.” Second, the house you’re referring to — seen above in the photo — sits on the west side of Belmont Ridge Road in Ashburn, just south of Cochran’s Lock and a block or so north of Croson Lane.

Third — the house has gotten new attention recently because it sits on the final two-lane stretch of Belmont Ridge that construction crews are expanding to four lanes. All the trees have recently been removed up and down the roadway, exposing the house more clearly.

It may surprise you to learn that rather than being a den of iniquity, the abandoned, graffiti-strewn house has served a noble purpose for many years now. The Loudoun County Sheriff’s Office used it as a training site from roughly 2012 to 2020.

The then-property owner gave the LCSO permission to practice strategic raids and other police responses at the site. And contrary to the scuttlebutt of area residents, the LCSO says they have no reports of any significant problems or criminal activity at the location.

Finally, Greg, to your question of why they haven’t torn the house down — it’s coming. The county has acquired the parcel of land where the house stands, but clearing trees and tearing down a house are two different things. They require different permits and use different methods, so the house will likely remain standing until early summer when the proper permits are issued.