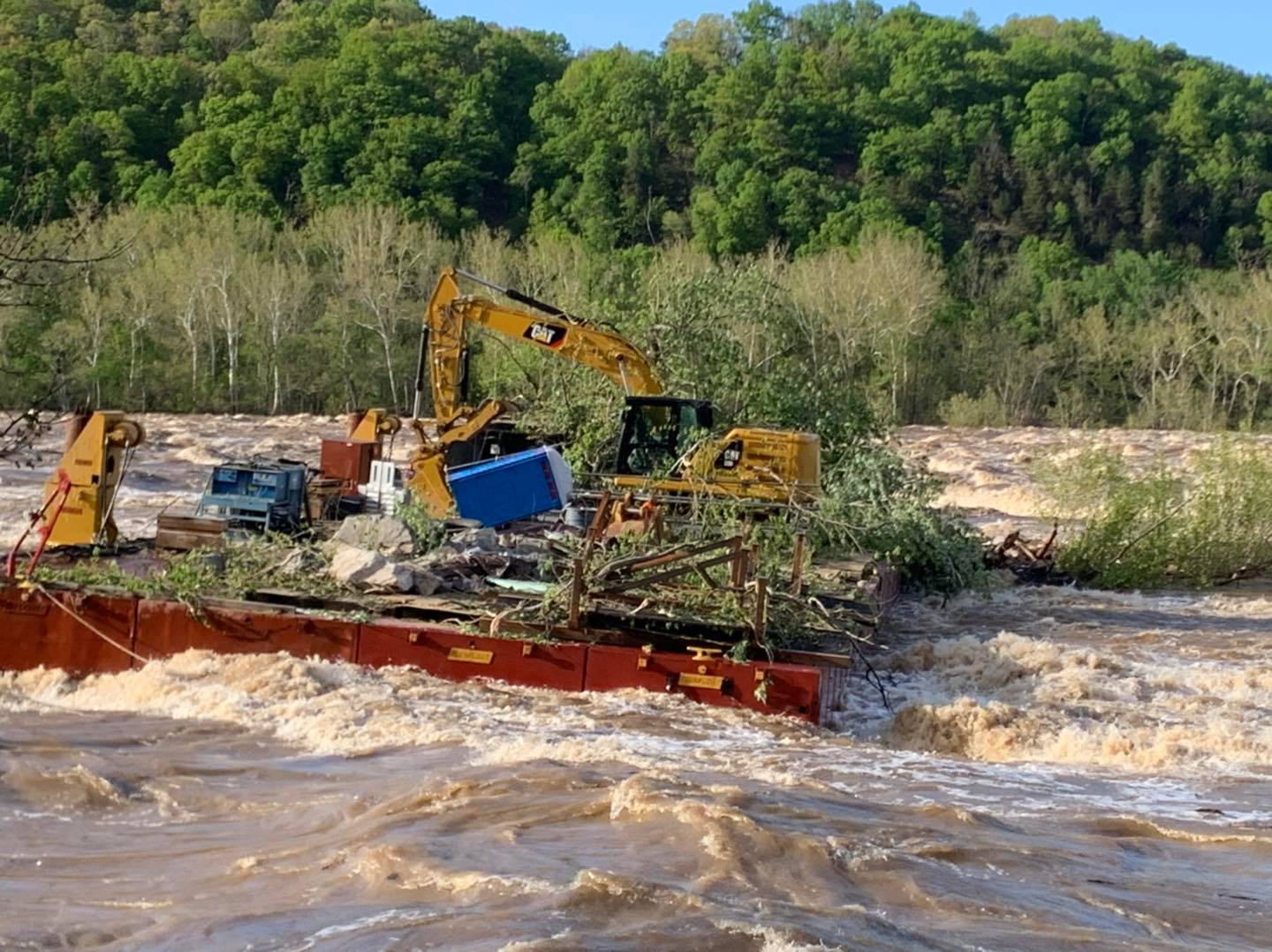 The Loudoun County Sheriff’s Office is monitoring not one, but two barges that broke loose from their moorings in the Potomac River and were — for a time — drifting downstream.

The barges have reportedly gotten stuck near Harper’s Ferry, but the concern is that if they continue drifting they could imperil bridges such as the one north of Lovettsville where VA 287 crossed the Potomac, or where Highway 15 crosses at Point of Rocks.

“There was concern they could impact area bridges,” the LCSO wrote in a social media post Sunday evening. “At this time the barges are no longer moving down river and remain static in the Harpers Ferry, WV area. The bridges between Loudoun County and Maryland remain open.”

The LCSO has been coordinating with Maryland authorities throughout the day as the barge situation developed. They are encouraging people to follow any alerts if bridge closures become necessary.

Below is video posted by the LCSO showing the barge seemingly sitting in the middle of the fast moving river.

Burning Question: What's up with that old house on Belmont Ridge Road?