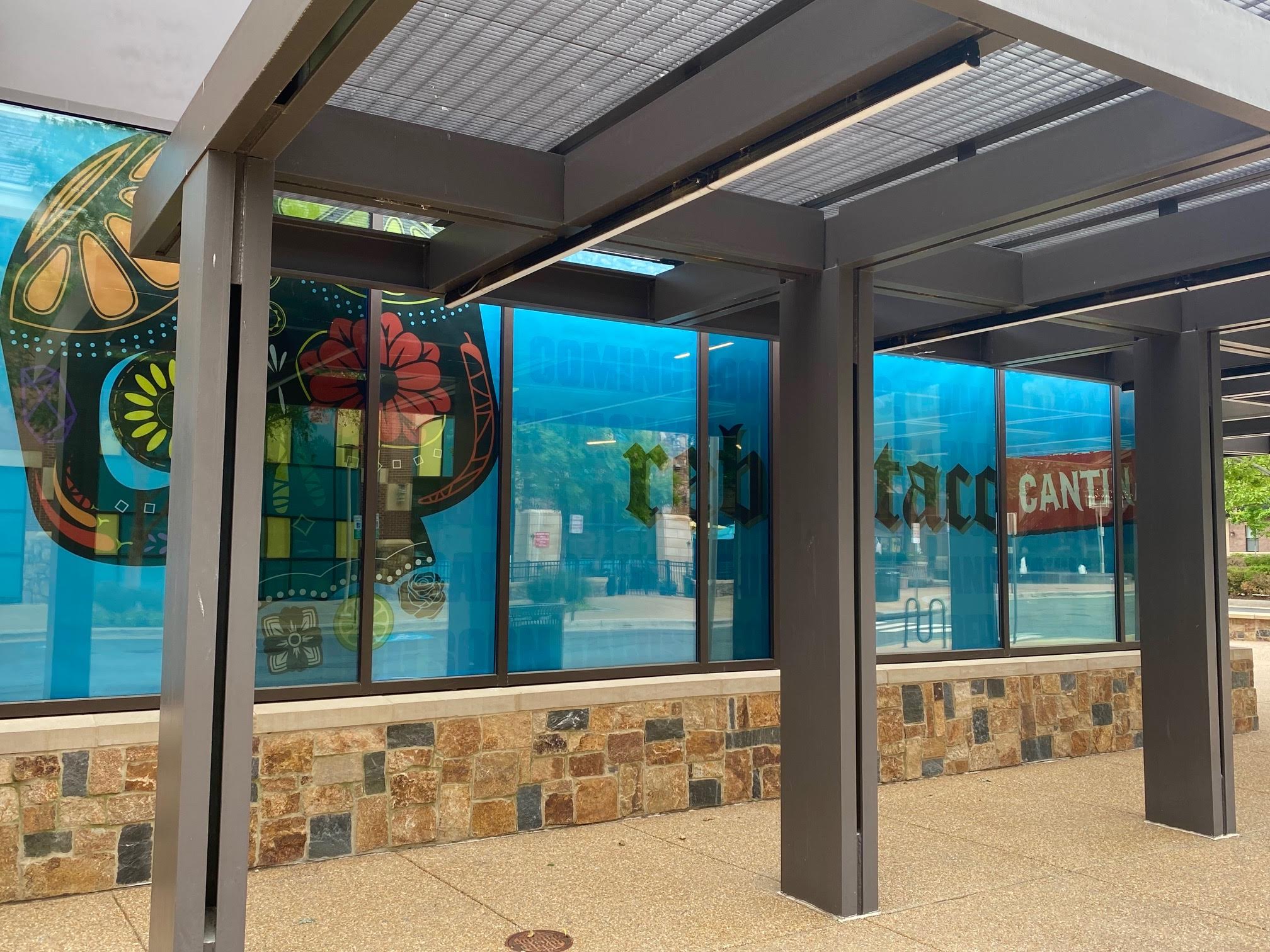 Lately, one of the most frequent questions we get here at The Burn is what is the latest with the new Rebel Taco Cantina restaurant coming to the Brambleton Town Center in Ashburn. Apparently Brambletonians are jonesing for some tacos. 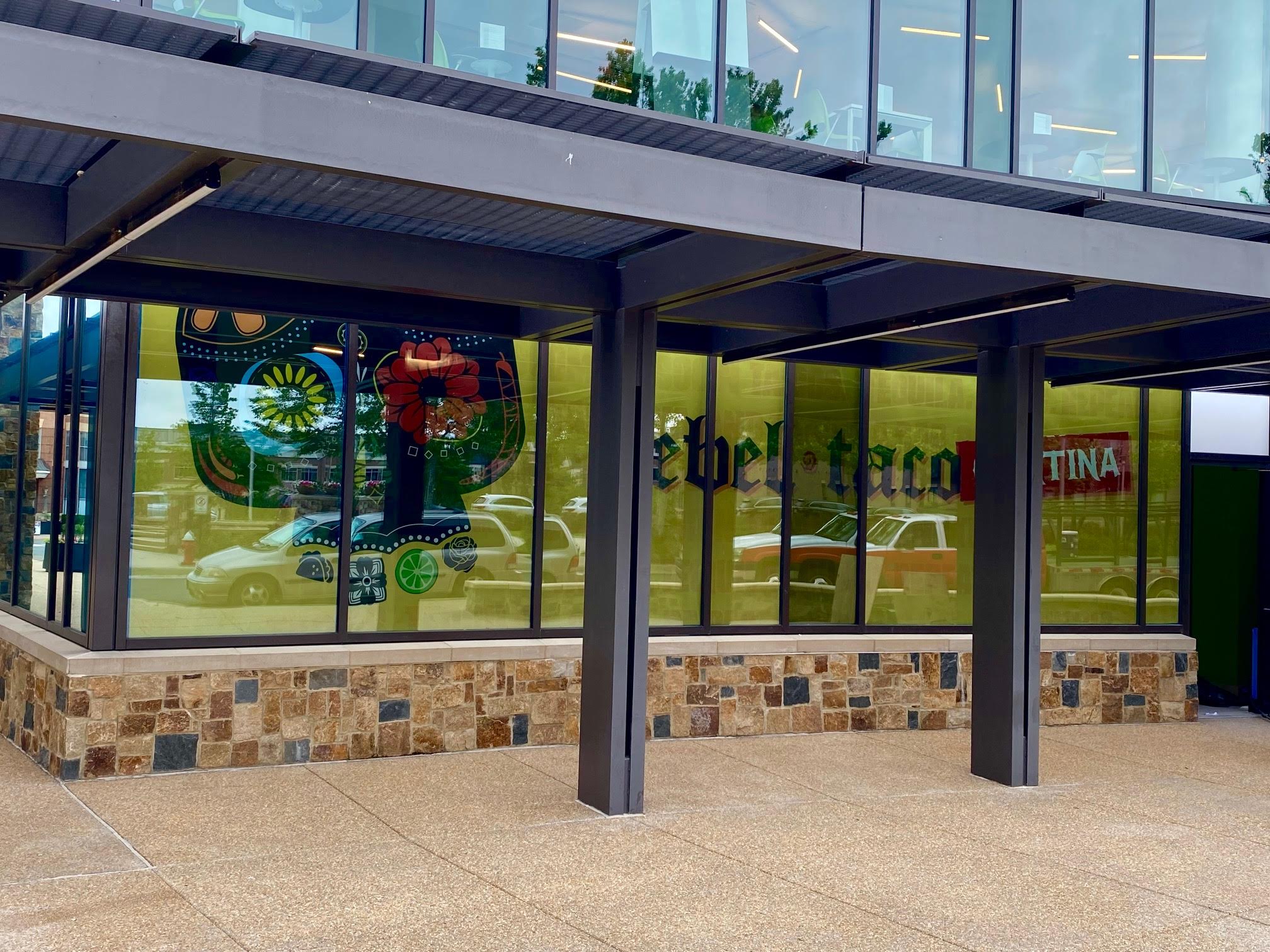 Well, now we have an update. As you can see in the photos — new temporary signage has gone up in the windows of the future Rebel Taco, which is located next to and under the Brambleton Public Library.

Meanwhile, work is well underway inside. We spoke to one of the folks at Rebel Taco HQ and he gave us an update on when they hope to open.

If the timeline stays on track — and if they don’t run into supply chain issues and equipment delays — they are aiming for a late June/early July opening. So, more or less a month from now.

The Burn first reported the news that DC-based Rebel Taco was headed to Loudoun County a little over a year ago — back in April 2021. Permitting took some time, but construction has been underway since the start of this year.

Locally, Rebel Taco has two locations in DC, as well as a food truck in the Arlington area. Brambleton will be their fourth spot in the market. They are actively hiring so if you know someone who wants to work in the taco biz, they should contact .

The menu at Rebel Taco Cantina locations in DC centers around street-style tacos on corn tortillas. It also has chips and guac, nachos, and other dishes. You can see the full menu below. 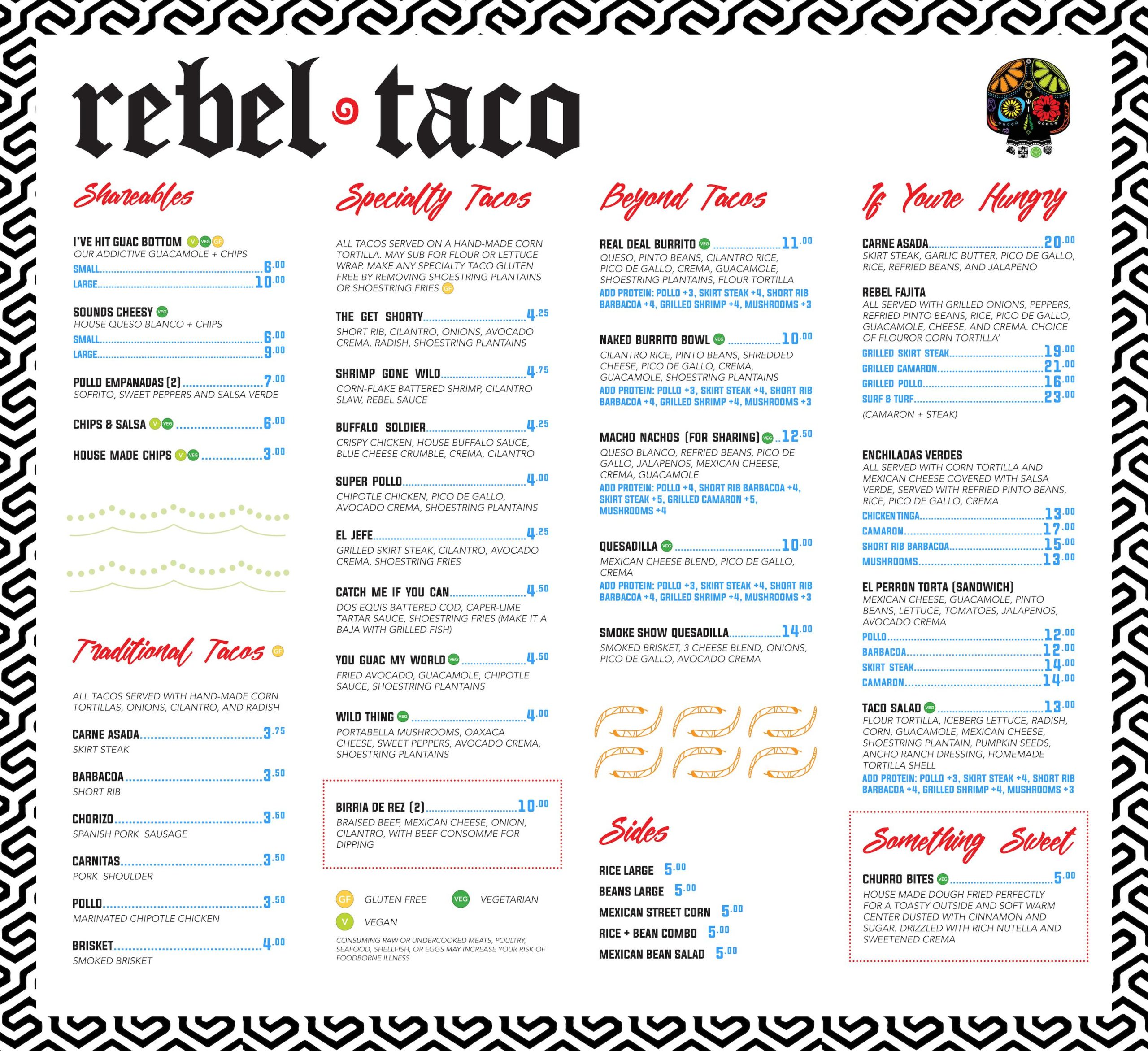 Picture of the Week: "Flying ship" over Ashburn's Beaverdam Reservoir