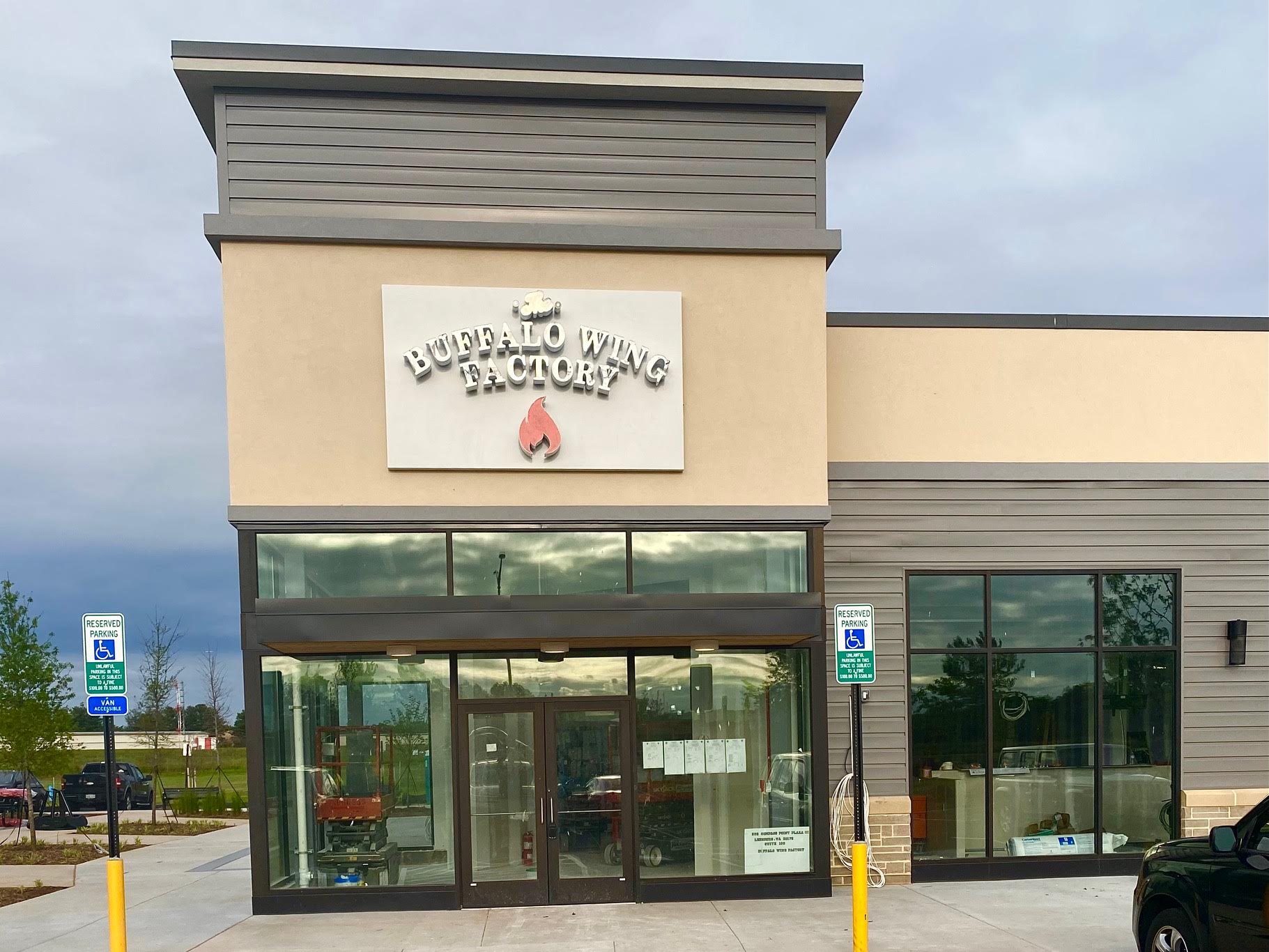 Things are moving quickly at the new Buffalo Wing Factory restaurant coming to Leesburg. The sign was recently installed over the door and work continues apace inside.

We wouldn’t blame anyone who doesn’t quite believe this news. The new restaurant has been a long time coming. The Burn first broke the news way back in November 2019. We are guessing the intervening pandemic didn’t help the process.

Buffalo Wing Factory is just one of multiple new restaurants coming to the Shops at Compass Creek development next door to the Leesburg Walmart store by the airport.

Other new restaurants opening soon include a Popeyes, a Starbucks, a Chipotle and a Mezeh Mediterranean Grill. Meanwhile, as we’ve reported, the new Bruster’s Real Ice Cream shop opens this week at the center.

Buffalo Wing Factory has been a Northern Virginia staple for more than two decades. It has four open locations currently — Ashburn, Sterling, Chantilly and Reston. The Leesburg store will be No. 5.

We reached out to the powers-that-be at BWF and they told us — if all stays on track — they hope to open the new Leesburg location in August.

Rebel Taco in Brambleton has eye on opening day