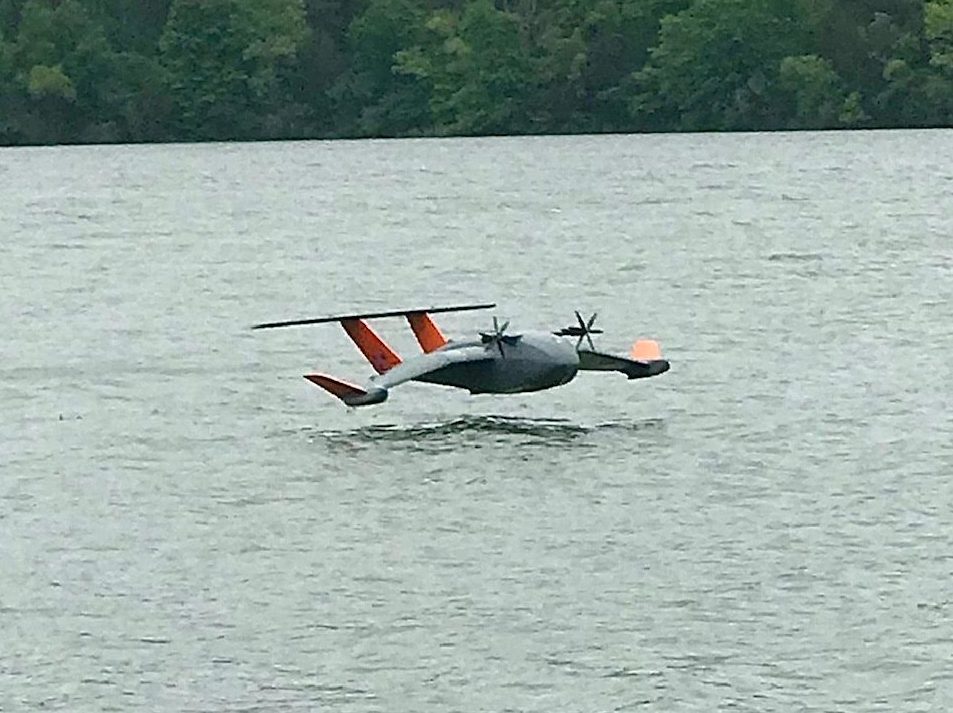 An unusual flying vehicle was photographed flying over the Beaverdam Reservoir in Ashburn on Thursday. And it turns out there’s a fascinating story behind this identified flying object.

It’s called a “flying ship” and it was a model prototype out for testing. It’s being produced and piloted by the folks at The Flying Ship Company.

The Leesburg-based firm is working developing actual flying boats, for lack of a better term.

These vehicles start out on the water, but then increase speed and actually take to the air — skimming over the water on a cushion of air.

The Flying Ship Company says the autonomous — or unmanned — vehicles are the future of shipping.

According to the company, they are 30-50 percent more energy efficient than planes and 10 times faster than boats.

Below, you can see a computer animated video of how they envision full-sized flying ships operating in the future.

Rebel Taco in Brambleton has eye on opening day