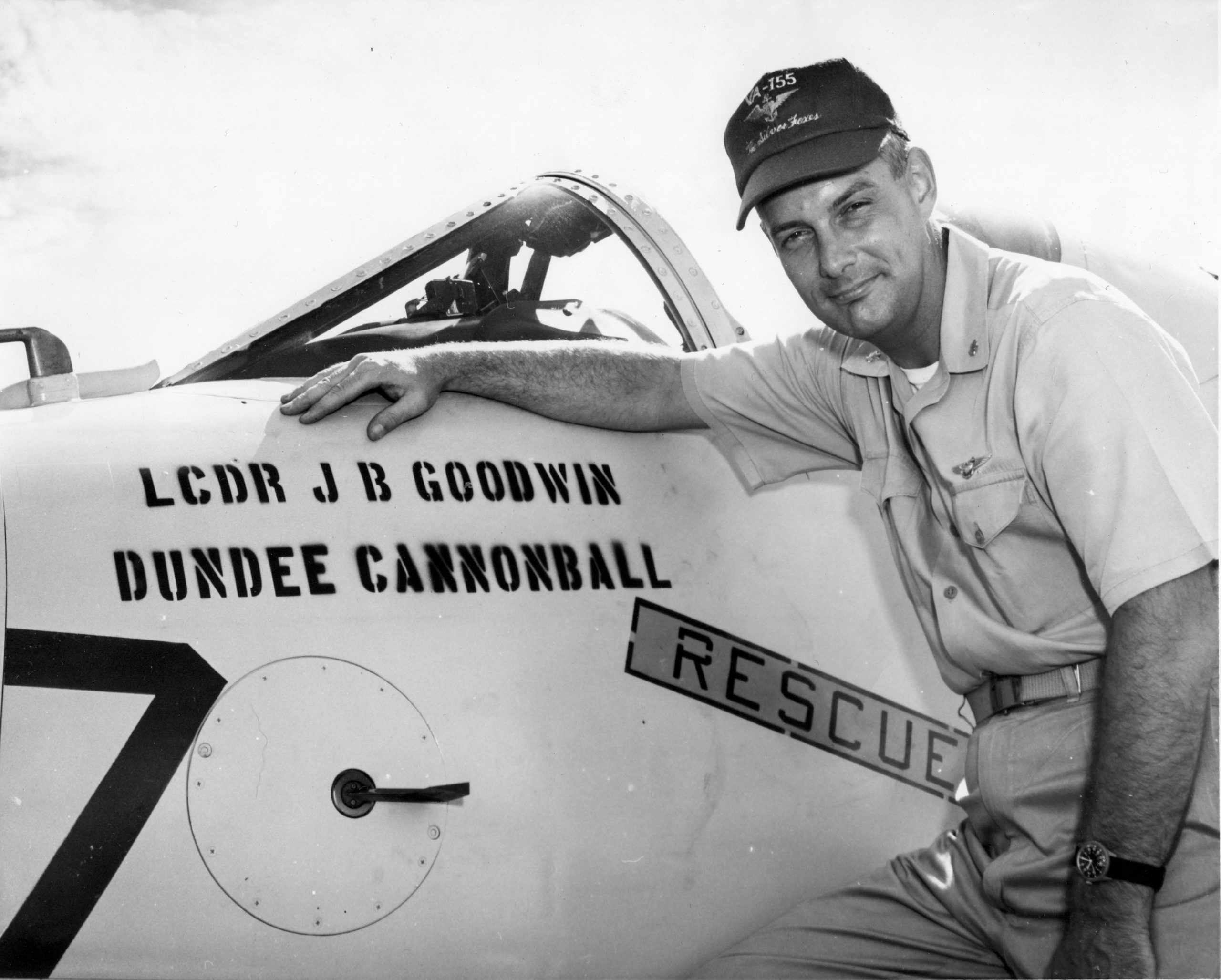 200. That was the limit — the maximum number of combat missions you could fly in Vietnam without becoming a commanding officer. Jim Goodwin flew 199.

199 times, Goodwin piloted his aircraft — usually an A-4E or A-4F Skyhawk — off the deck of a ship or from some military runway and into the skies over North Vietnam. For his service, he was awarded a variety of commendations, including a whopping 27 Air Combat medals.

It was a far cry from his childhood in Providence, R.I., or his years studying forestry at Syracuse University. But with the Vietnam War looming, Goodwin decided to control his destiny.

His future father-in-law — a man he greatly admired — had been a Navy medic in World War I and World War II, so, despite having no experience, Goodwin approached a Navy recruiter thinking he could be a medic, too.

“Then out of a clear blue sky, they asked if I would be interested in flying,” Goodwin recalled. “I said, ‘Hell, yes!’”

Goodwin went on to serve 23 years in the Navy — from 1956 to 1979. Ashburn Magazine had the honor of sitting down with Goodwin, 89, at his home at the Tribute at One Loudoun community in Ashburn. They talked about a few of the most memorable moments — highs and lows — from his time in the military. Here are excerpts of the conversation, salty language included.

To read the full interview with James Goodwin — including his most frightening moment in Vietnam, his saddest moment and what he thinks about the war now looking back — click here and head over to the Ashburn Magazine website.