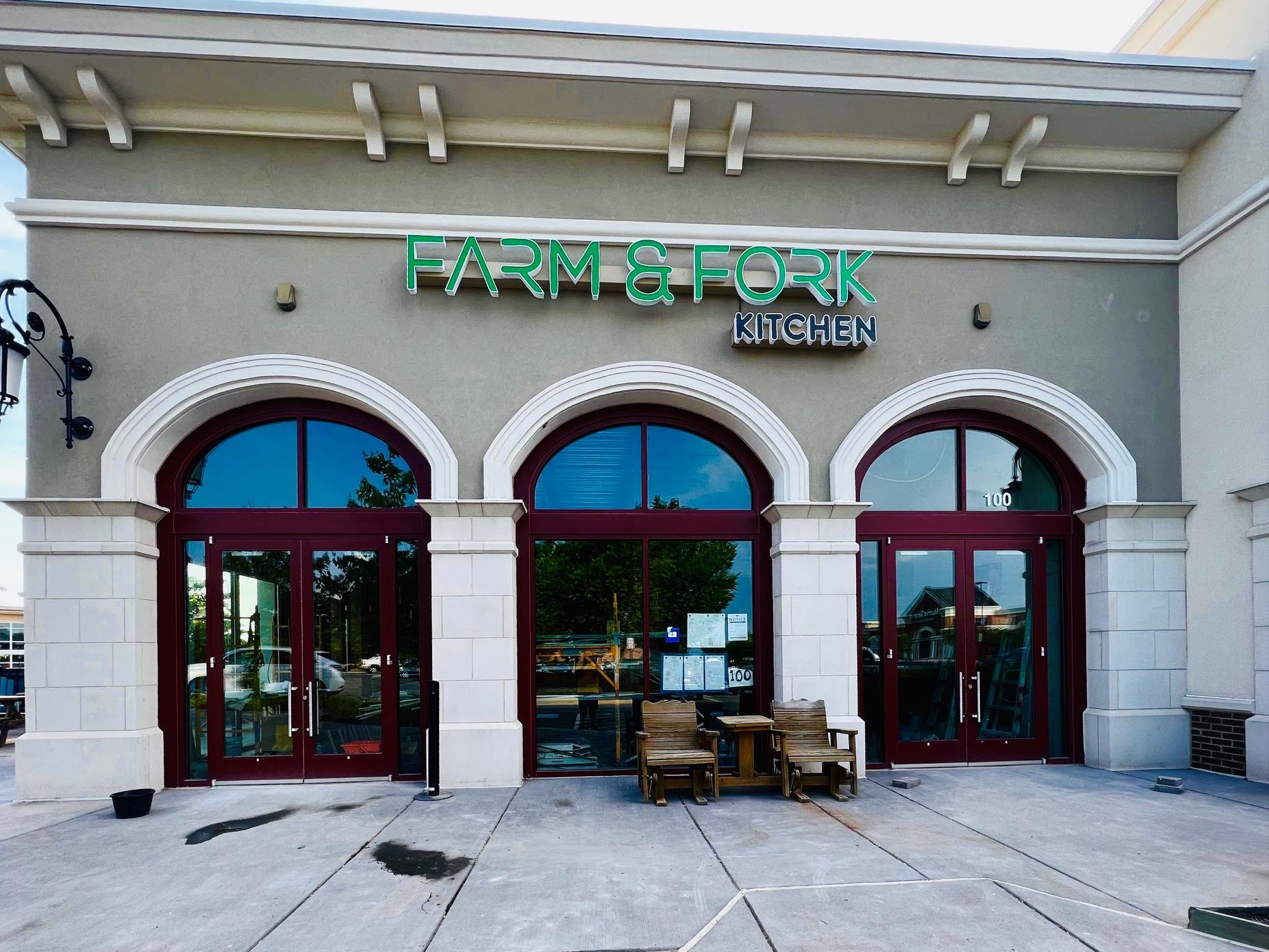 Construction is close to wrapping up inside the upcoming Farm & Fork Kitchen, a new farm-to-table style restaurant expected to open later this month in Ashburn.

The sign over the door was just installed this week at the location in the Goose Creek Village shopping plaza. That’s at the corner of Belmont Ridge Road and Sycolin Road in the same center with Passion Fin, Social House and Parrando’s.

Farm & Fork Kitchen is the brainchild of Jorge Chicas, a well-known chef in the DC area. His resume includes leading kitchens at Bazaar in Beverly Hills and Zaytinya in the District, as well as many other locations.

Many of the items served at the new restaurant will be sourced from farms and companies in Loudoun, as well as around the region. They are currently talking with a variety of area vendors for everything from beer and wine to coffee and teas.

Some of the dishes on the current version of the menu include Grilled Peach Burrata Salad, a Grilled Whole Rockfish, and a Seared Cast Iron Half Amish Chicken. You can check out the Farm & Fork menu here.

We reached out to Chicas to get an update on when he expects to open his new Ashburn venture. Right now, he says his target is the third week in June — because he would like to be open for the Fourth of July holiday.