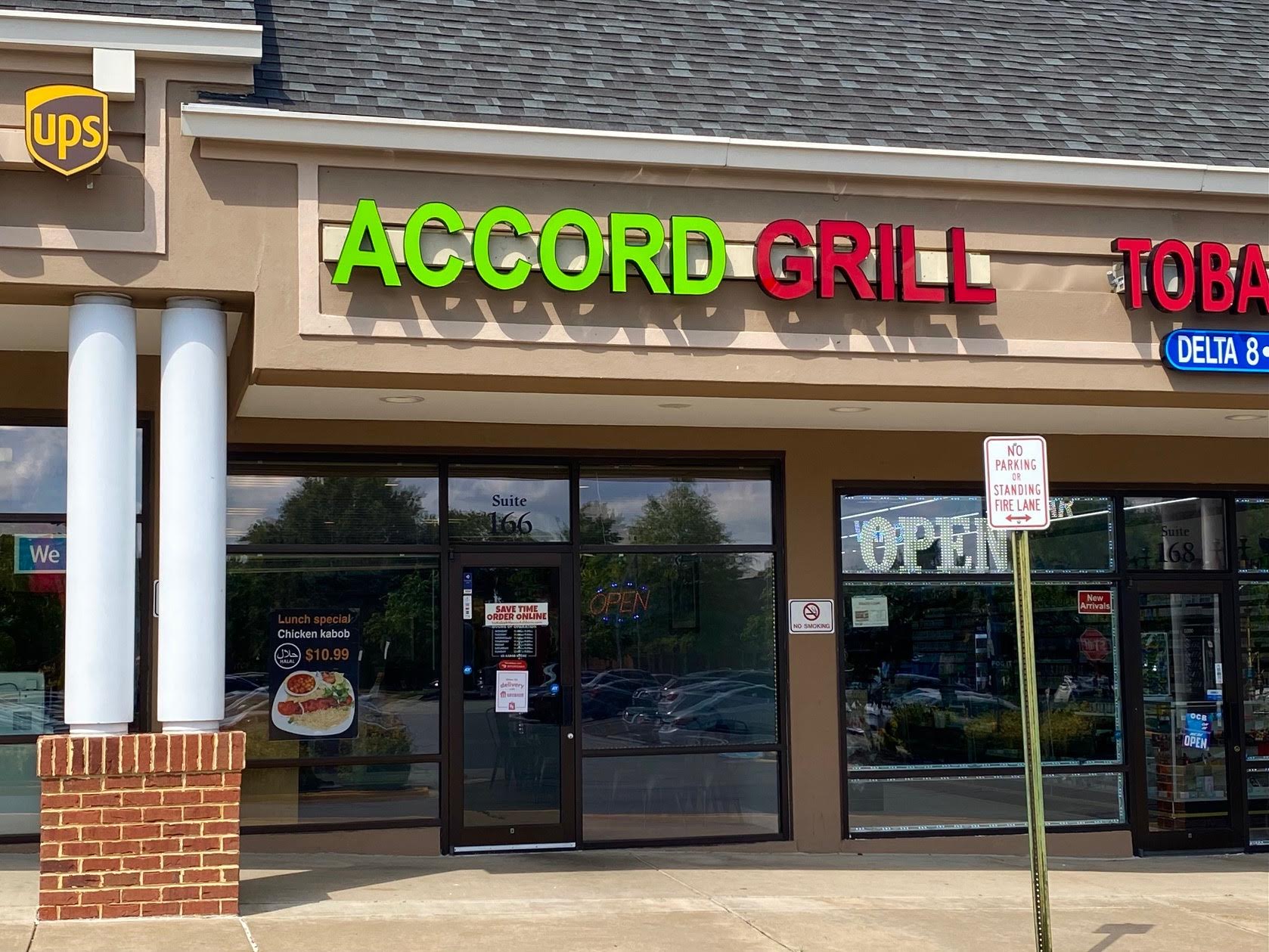 Life is full of mysteries and sometimes those mysteries come in the form of a small kabob restaurant in a local shopping center. Such is the story of the new Accord Grill in the Ashburn Farm neighborhood.

Regular readers may remember that VA Kabob House opened last year in the Ashburn Farm Market Center. That’s the Giant-anchored plaza at the corner of Claiborne and Ashburn Farm parkways. Many of us call it Junction Plaza.

Well, now the VA Kabob House has undergone a name change. A new sign hangs on the facade and now the restaurant is the Accord Grill.

We spoke briefly with a manager who said the name change came in part because orders were getting mixed up between the VA Kabob House in Ashburn and the original location, which is still open in Springfield, Virginia.

We also asked if the new name — Accord Grill — signified anything in particular. Apparently it does not. Just a good, solid word.

The restaurant’s menu — full of beef, chicken and lamb kabobs as well as sandwiches and sides — is expected to remain almost exactly the same as it was under the old name.

Burning Question: What's the latest on Pupatella coming to Leesburg?