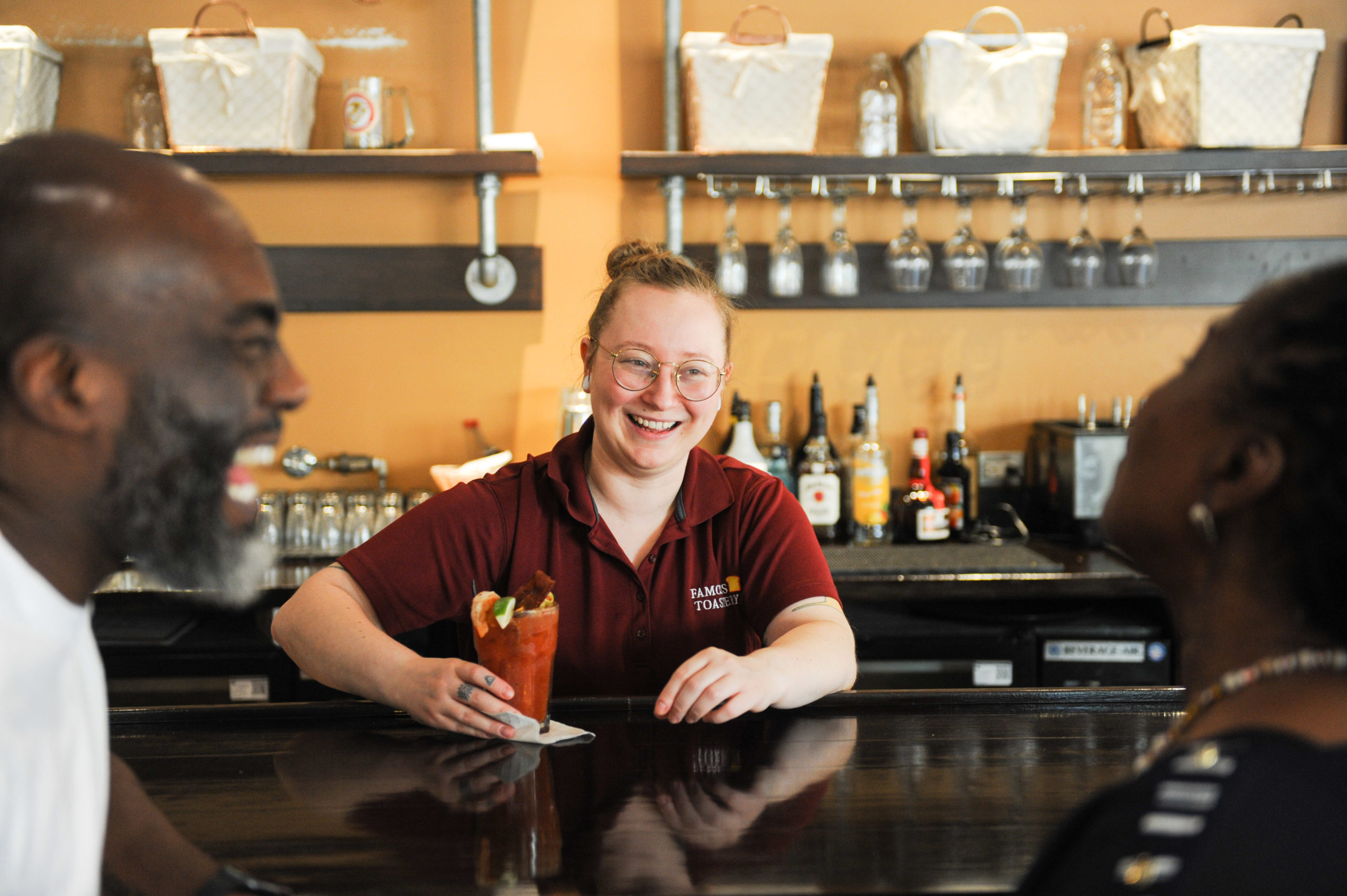 When you order a beer, you know exactly what to expect. Same with a glass of wine. A gin martini, a whiskey sour — there may be slight variations on these cocktails, but still you pretty much know what you’re getting. 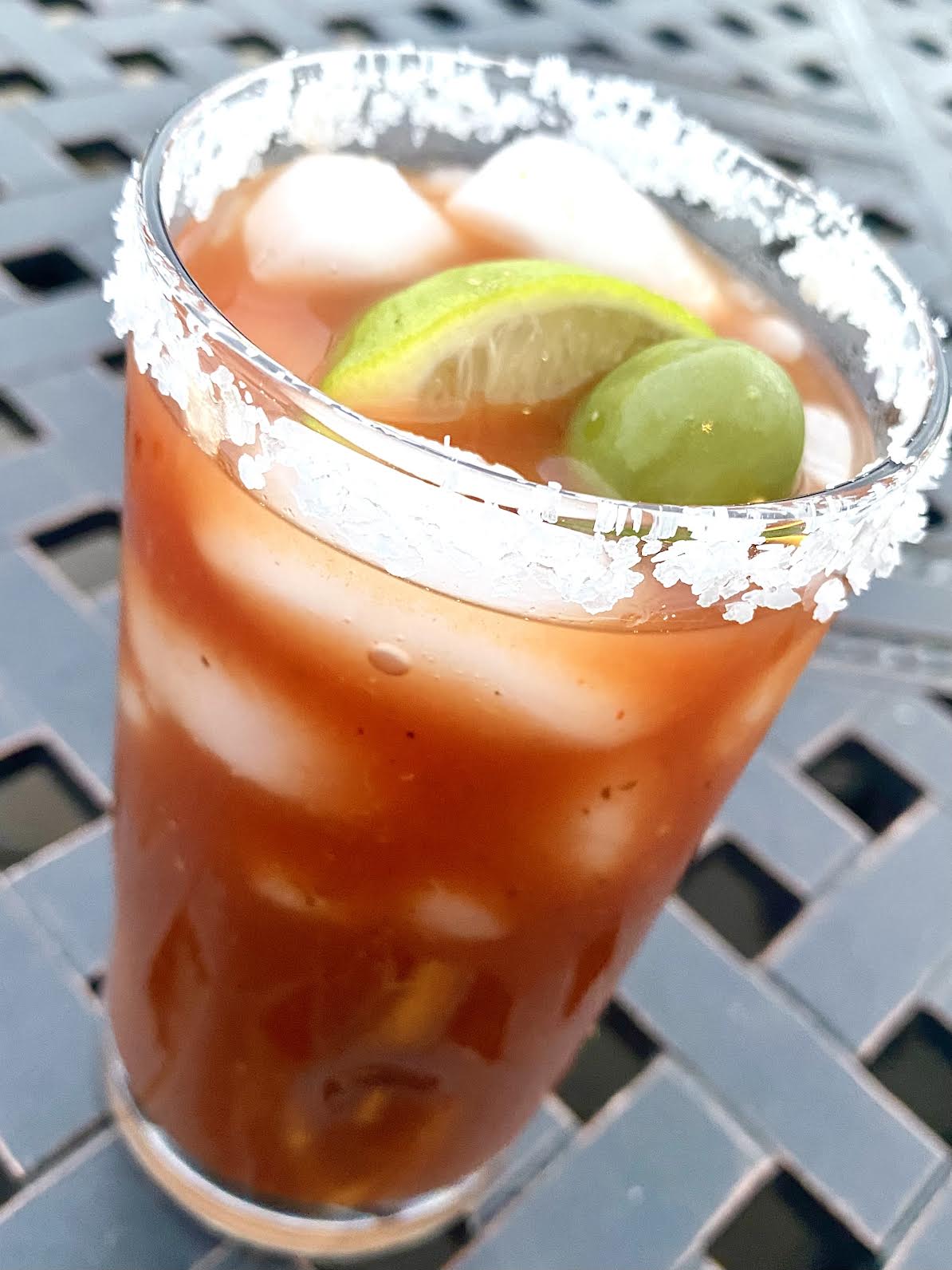 That’s not the case with a Bloody Mary. The popular brunch drink juice can be spicy, mild or somewhere in between. It can have a salt rim, a seasoned rim or no rim at all. And then there’s the garnish. From a simple stick of celery to an elaborate headdress of shrimp, olives, bacon, even a burger or chicken wing — there are as many variations as there are bartenders.

“The fun part about a Bloody Mary is being able to top it off however you like it,” said Brambleton resident Emilie Collins. “For me, the perfect Bloody Mary has a salt rim, a little bit of spice, some lime juice and a celery stick.”

Collins should know. For the past 18 months or so, she has been a bartender (and server and shift supervisor) at the Famous Toastery restaurant in Ashburn’s Loudoun Station development off Shellhorn Road. She was also named Best Bartender in Ashburn Magazine’s Best of Ashburn 2022 contest.

Collins — seen in the photo up top — says the Bloody Mary is one of the most popular drinks served at the restaurant — both the Classic Bloody Mary and the Ultimate Bloody Mary, which they top with a grilled shrimp, candied bacon, olives and a lime wedge.

“I think ours are perfect,” she said. “[You’re] not overwhelmed by toppings, but you still get a treat to go along with your cocktail.”

To learn about the history of the Bloody Mary and see some of the crazy version offered at restaurants and bars around Ashburn, you can click here and read the rest of the story over at the Ashburn Magazine website.

Burning Question: What happened to moving the Mighty Midget Kitchen in Leesburg?