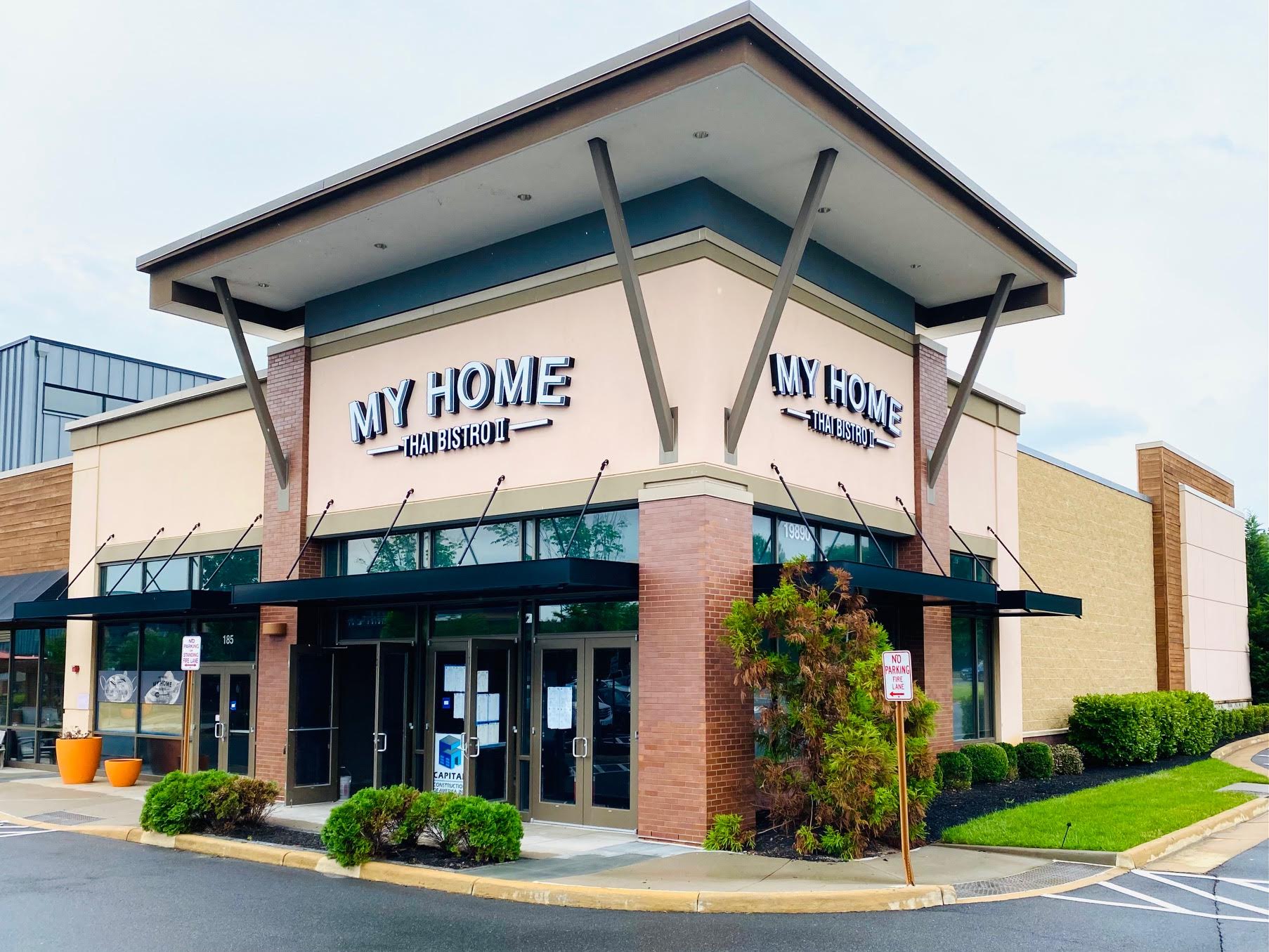 Construction work on the new full-service Thai restaurant in Ashburn’s Belmont Chase shopping plaza is in full gear and now the new sign has been installed on the facade.

As The Burn first reported in February, My Home Thai Bistro has taken over the 4,500 s.f. space vacated by the short-lived Lee Tai Tai Asian Bistro, which closed a year ago this month. It’s right next door to the Baker’s Crust Artisan Kitchen location.

The full name of the restaurant is My Home Thai Bistro II, the Roman numeral for two apparently denoting that this is the second location for the brand. The first My Home Thai opened in Reston in 2019.

This naming convention — including numbers to indicate a second, third, or fourth location — is something we see sometimes, especially with restaurants serving Asian cuisine.

Dishes at the Reston location include Panang Curry, Duck Ka-Pow, Bangkok Shrimp and Tom Yum Salmon. You can check out the full menu here.

We tried to get an update on the restaurant’s timeline to opening and we are still waiting for details. The last official word we had was a target sometime in late summer.

Elysium Axe Bar in Purcellville plans to open next week