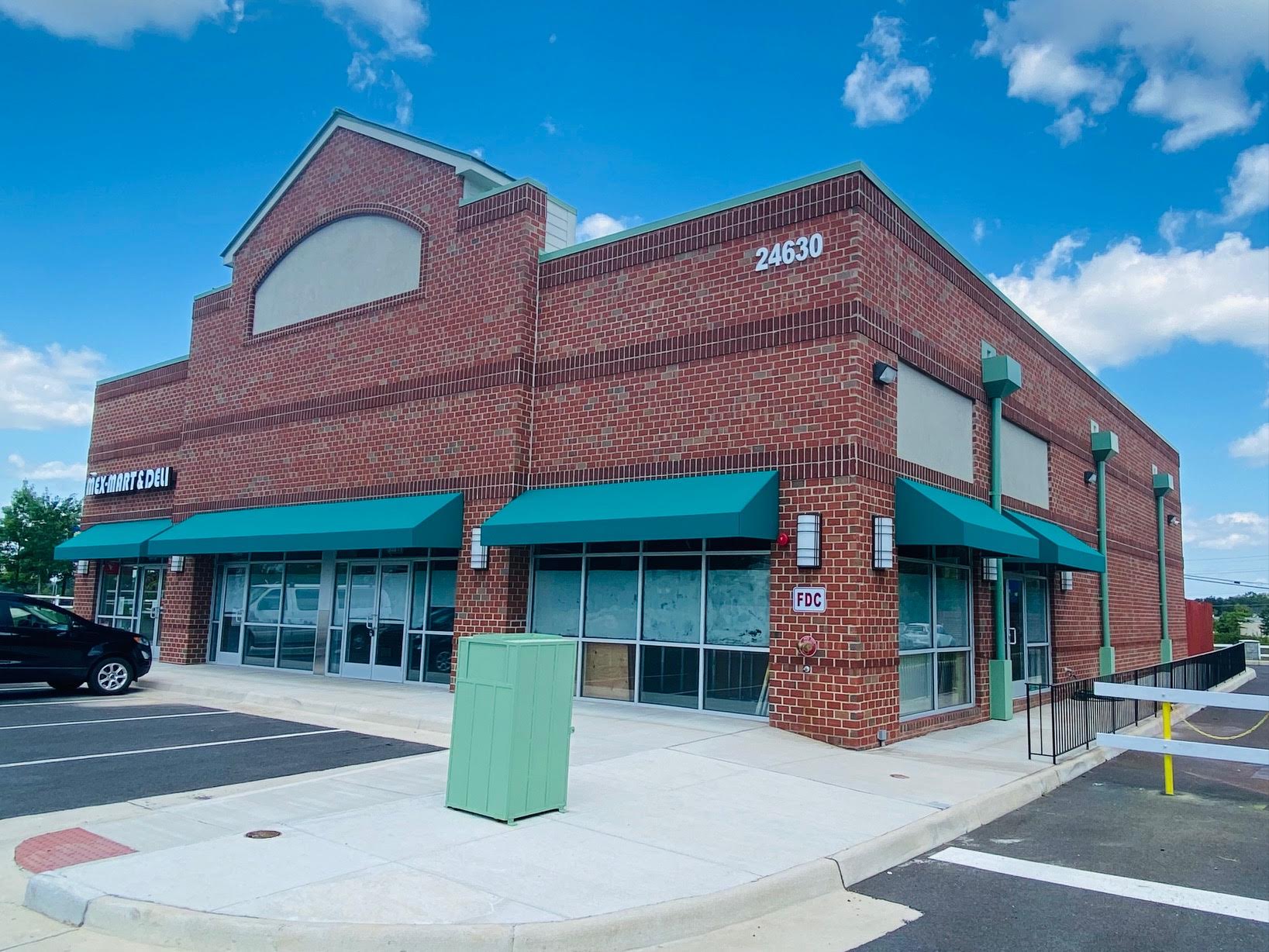 We’ve been keeping our eye on a new retail building off Highway 50 in the South Riding area, wondering what business was going to take over the space. Now we’ve learned it’s going to be a Korean barbecue restaurant.

The exact spot we are talking about is 24630 Southpoint Drive. That’s in the tiny shopping plaza known as Gum Spring Village Center.

Last year, a new building went up located on the left as you pull into the center. A carry-out Mexican restaurant and corner store opened in part of the building this past January, but the rest of the space has been vacant.

Now, building permits have been filed for a 4,200 s.f. Korean barbecue restaurant. We’re told the final name hasn’t been settled on yet — the documents just say “Korean BBQ” or “KBBQ.”

We’re told the concept will be in the popular Korean barbecue style with tables that feature burners located in the middle of them. Trays of meat are brought out, as well as sides and sauces, and the customer can cook the meat to their own taste.

There will also likely be some outside dining as well, although those tables won’t feature the burners.

Locals may recall that the Gum Spring Village Center is also home to Somac, a popular Korean restaurant.

We’ve been told that since the Korean BBQ concept is different enough from the fried chicken, ramen and soju concept at Somac, the two restaurants didn’t have a problem being so close to each other.

There are many Korean barbecue restaurants in Northern Virginia, but not so many in Loudoun. However that is definitely changing.

Gogi 91 opened last year in the Village at Leesburg. Meanwhile, as The Burn has reported, Kiwa Korean Grill — another KBBQ restaurant — is slated to open soon in Sterling’s Cascades Marketplace shopping center.

Now, South Riding is getting a KBBQ place as well. No word yet on when the owners hope to open their new establishment.