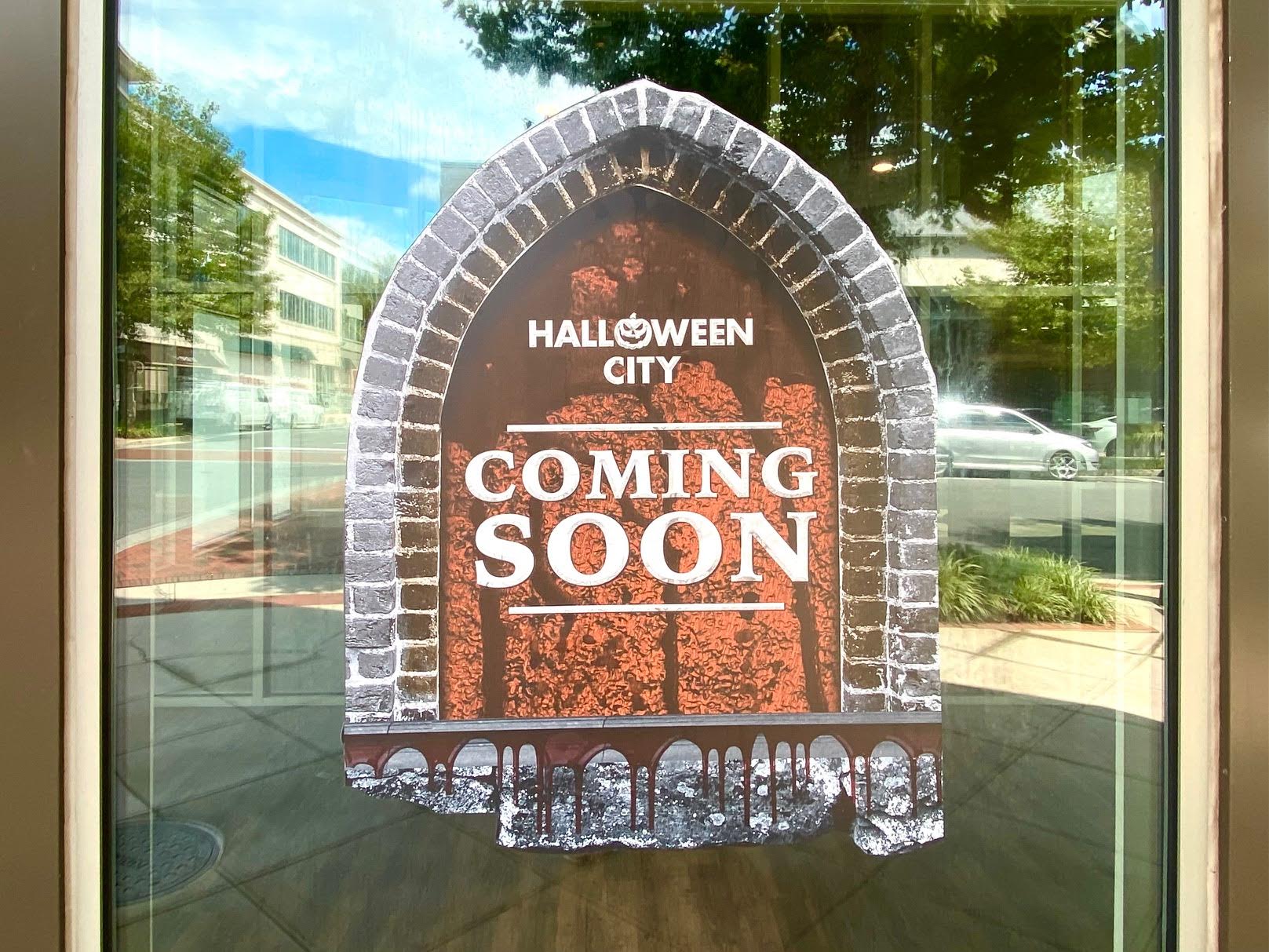 One Loudoun — the large lifestyle center in Ashburn — is getting in on the seasonal Halloween pop-up action. A Halloween City store will be coming to OL just in time for All Hallow’s Eve.

Halloween City will be using the roughly 17,000 s.f. space that used to be Great Gatherings, an outdoor furniture and decor store. The spot is right across the street from the Barnes & Noble Bookstore.

As most folks know by now, pop-up Halloween stores have become a common sight around Loudoun County and across the country. They are a win-win for the tenant and the landlord.

The Halloween store doesn’t need to pay rent year-around when all their business comes in a rush before October 31. Meanwhile, many landlords have large vacant spaces where previous tenants have left. They can recoup some of the revenue lost from an empty storefront by leasing it to a seasonal tenant like a Halloween store.

The most well-known brand is probably Spirit, a giant Halloween store that appears and disappears ghost-like each year.

In there past there have been several Spirit stores in Loudoun. However, currently just a single store in Sterling is listed on the company’s website. It’s in the Cascades Marketplace shopping center, in the former Staples space.

The Halloween City brand coming to One Loudoun is an offshoot of Party City, a party supply chain also known for its costumes. An opening date hasn’t been announced yet.

Sephora to open next month at One Loudoun