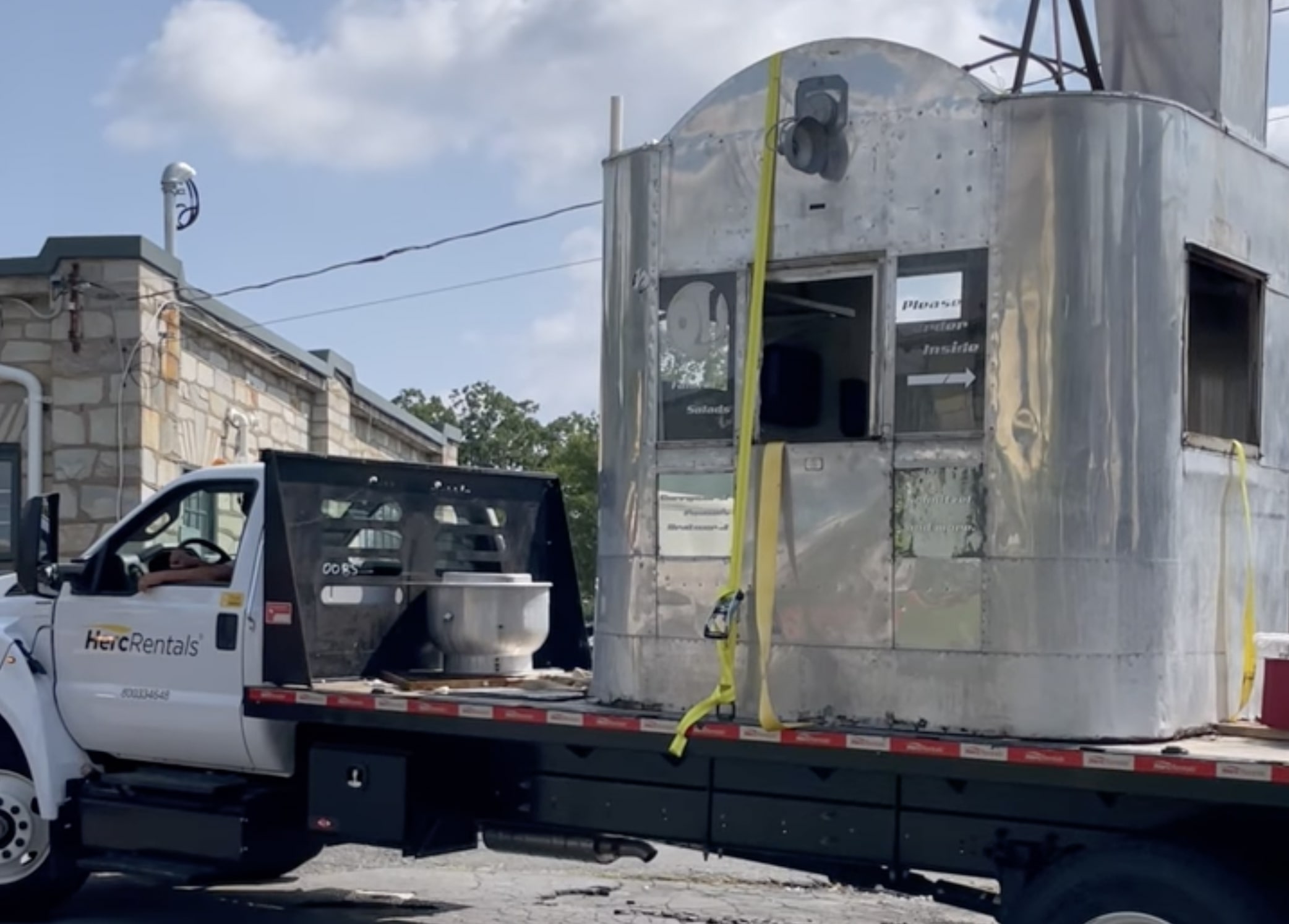 Thursday was an exciting day for history buffs in Leesburg as the famed Mighty Midget Kitchen was moved from its location on Harrison Street NE back to his historic spot next to the Mom’s Apple Pie shop.

The tiny silver restaurant kiosk was hoisted onto a flatbed trucks and take on a 0.2 mile ride back to its original home. Now, the real work begins.

According to the owners of Mom’s, the iconic neon sign for the Mighty Midget Kitchen will be shipped off to Philadelphia where it will get a refurbishment by expert sign fabricators.

Meanwhile, the small metal building will be completely renovated here in Leesburg in order to re-open it as a miniature fast-food restaurant. It will sit on a pad especially built for it right next to Mom’s Apple Pie — just like it did decades ago.

The Burn reported on the plans for the Mighty Midget back in 2020 — and just two months ago — we reported that the move was imminent. So it’s great to see this local landmark being preserved and celebrated.

For those of you not familiar with the back story, the Mighty Midget Kitchen is made out of parts from a scrapped World War II bomber.

The Mighty Midget sat next to the Mom’s building from the 1940s to the 1990s doling out to-go food, back when the pie shop was originally a corner gas station.

In 1996, the metallic food stand was moved over to the McDowell Brew Kitchen building on Harrison Street SE. It was used for a variety of purposes.

Most recently, it was part of Doner Bistro, a gyro and kabob restaurant. When Doner Bistro moved over to the Virginia Village shopping center a few years back, the Mighty Midget Kitchen stayed put and has been vacant.

For several years, Avis Renshaw — the owner of Mom’s Apple Pie — has been planning to move the MMK back to its original spot next to her store.

Now it’s happened and Renshaw reportedly intends to once again serve to-go food from the tiny diner — just like decades ago.

Bed, Bath & Beyond in Leesburg marked for closure