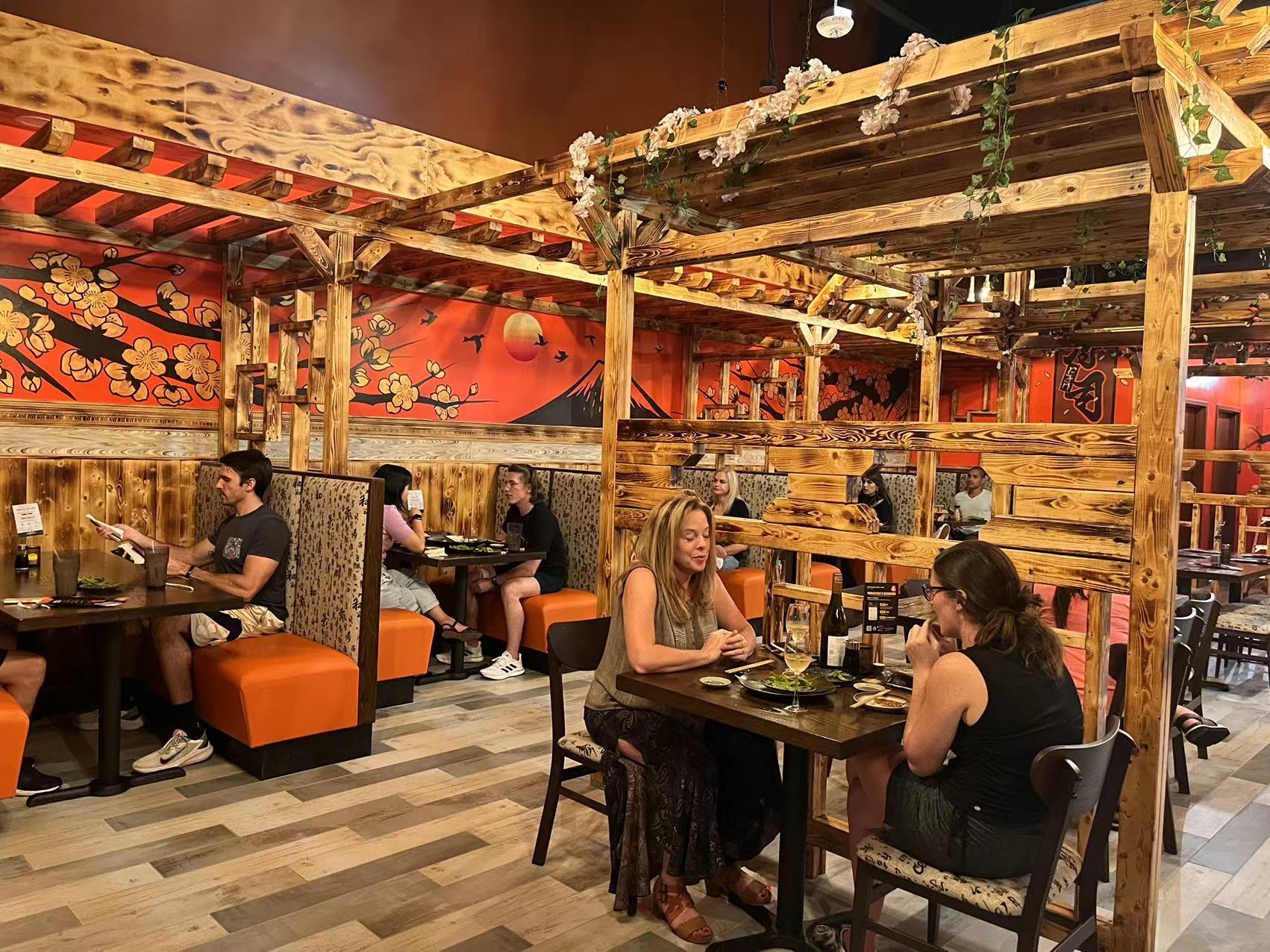 It’s been a long time coming, but a new Japanese restaurant has opened its doors in Sterling. It’s called Yama Chen’s Sushi — part of a small Virginia chain with locations across the state.

The first Yama Chen’s in Loudoun County has opened in the Shoppes at Potomac Corner. That’s the small retail plaza near the intersection of Route 7 and Potomac View Road. Neighbors there include the Greek fast-casual restaurant SouvlakiBar, the TeaDM bubble tea shop and an upcoming Marco’s Pizza store.

The Burn first reported on Yama Chen’s coming to a nearly 1,900 s.f. spot in the center back in March 2021. Progress on the new restaurant seemed to come in fits and starts over the past 18 months, but now they are ready to welcome guests.

According to the brand’s website, there are currently 11 Yama Chen locations around the state. Most of them are in the Virginia Beach area, but the company has started moving into Northern Virginia, first with a store in Fairfax and now the Sterling locations. A Yama Chen’s is also in the works for Vienna.

The menu at Yama Chen’s has everything you would expect to find at a Japanese sushi house. There are appetizers and salads, lots of different sushi rolls, sashimi, as well as Chicken Teriyaki, Pork Ramen, Shrimp Tempura and more. You can take a look at the full Yama Chen menu here.

Bed, Bath & Beyond in Leesburg marked for closure