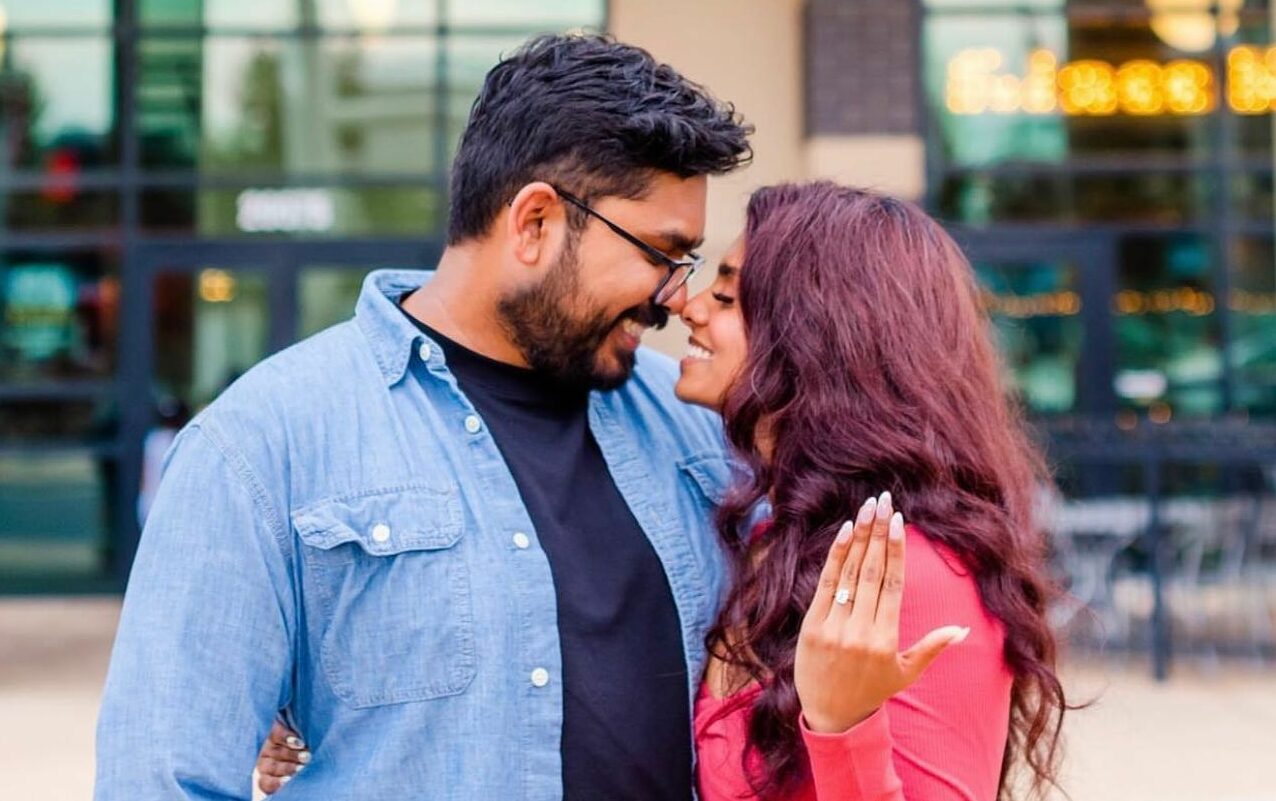 Here’s the feel-good story we all need right about now. A Northern Virginia man who grew up in Ashburn and attended Briar Woods High School proposed to his girlfriend in a most unique way.

He popped the question via a fake movie trailer he created over the last year. He then arranged to have it played on the big screen at Alamo Drafthouse.

Adithya Saikumar brought his longtime girlfriend, Prathija Prem, to the Alamo at One Loudoun earlier this month.

They took their seats in the apparently empty theater — she figured out something was up — and the lights dimmed and the six-and-a-half minute animated short film featuring Saikumar started to play.

Here’s the video in its entirety. See if you don’t get a lump in your throat when the images from their courtship start appearing. Well played, Adithya — well played.

(Image at the top from Adithya Saikumar and Prathija Prem)

Halloween City open for business at One Loudoun